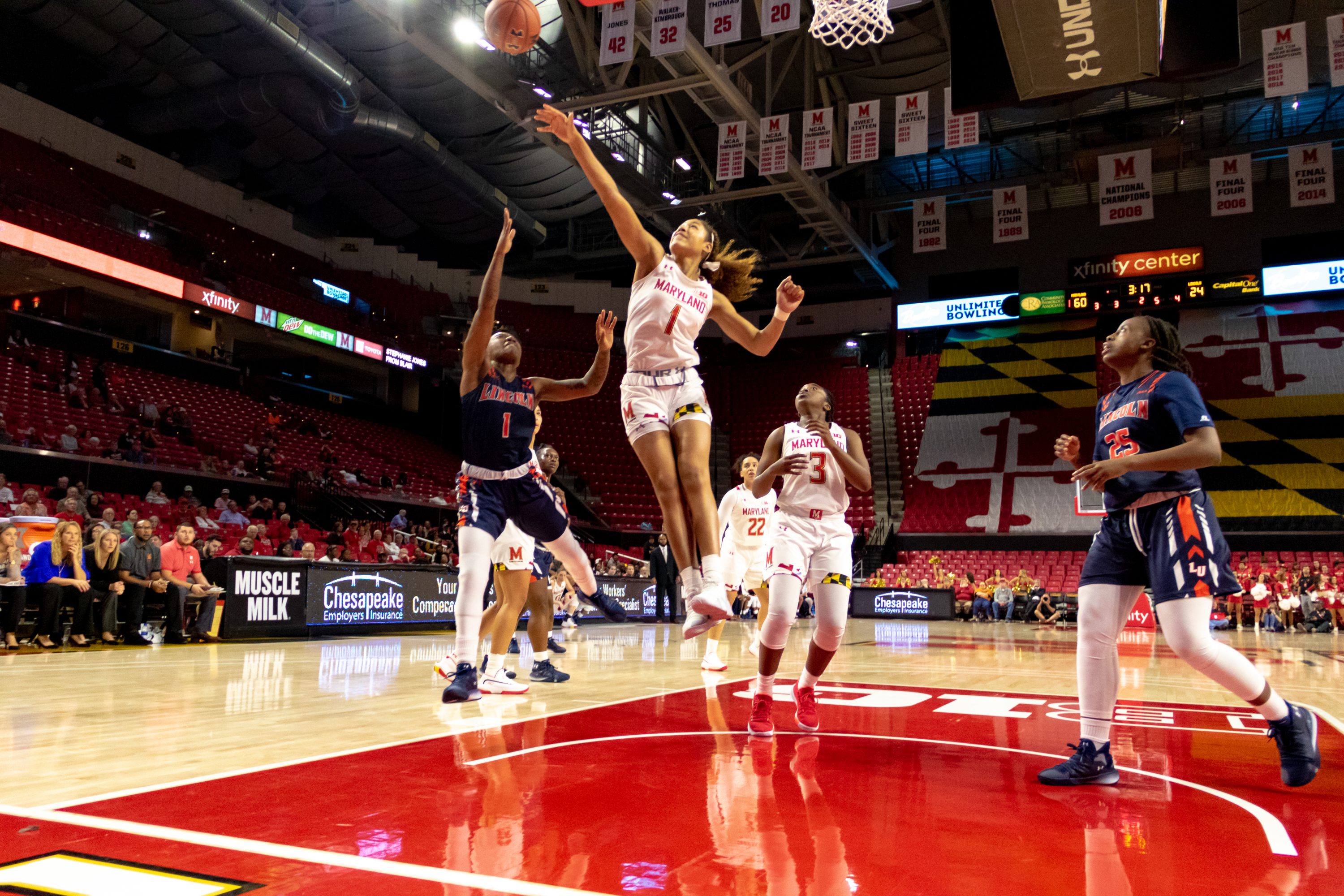 It was all smiles for the Maryland women’s basketball team Tuesday night after a dominating win at the Xfinity Center against Lincoln University (Pa.) in its second and final preseason game.

The Terps were in control from the onset, scoring as many points in Tuesday’s first quarter (36) as they did in the entire first half against California University of Pennsylvania on Friday, propelling coach Brenda Frese’s squad to a 115-52 victory. With the dominant showing, Maryland concludes its preseason having outscored its Division II opponents by a combined 102 points.

Here are three takeaways from the preseason finale.

Shakira Austin must be more consistent

It was a nightmare first half for the sophomore forward. After making all seven of her shots in her last outing, Austin ended the first half shooting just 1-for-5, most of which came within a couple feet of the basket.

An All-Big Ten Defensive Team member, she also got blown by on two separate occasions in the team’s full-court press. First, she failed to cut off the sideline during an attempt to trap the other team’s ball handler, and then she provided no resistance on a drive to the basket.

Her energy was down and she was visibly frustrated, but Austin looked like a different player in the second half. She was perfect from the field, demanding post-ups on her way to 11 third-quarter points and emphatically swatting four shots on the other end.

“I definitely think when Shakira is on her game, happy, playing the way she can play and just has that type of energy, we all feed off of that,” forward Faith Masonius said. “So when Shakira gets a nice block we all get so hyped for her. … It’s fun, it makes the game fun and it makes it enjoyable.”

Frese admitted Austin looked “really off” in the first half but was pleased that she gave her team a spark on both ends later on.
Against Division I foes, the Terps will depend on Austin to be a stabilizing force in the paint for all four periods. Forward Stephanie Jones was a more consistent player this preseason, but Jones can take over a game with her dynamic ability.

Austin finished with a team-high nine rebounds and tied for the most points with 21. She’ll need to come ready to play from the jump moving forward, but her bounceback is a good sign.

Faith Masonius does it all

The freshman forward provided the Terps with more than just her energy and communication in her second preseason game, filling the box score with 21 points (8-for-11 shooting), seven rebounds, four assists and one Austin-esque block that sent the ball flying away.

What might be more impressive were her zero turnovers in a team-high 28 minutes. Masonius was seemingly always where she needed to be and making the right play and talking to her teammates. The combination proved potent and drew a smile throughout the night.

“I thought Faith was phenomenal when you talk about what she brings from the moment she steps on the floor with her energy and communication and her I.Q.,” Frese said.

Masonius admitted some first-game jitters might have held her back last week, but her performance Tuesday proved the rookie will be a key piece for the Terps this season.

The best offense is a good defense

Maryland started the game out in a full-court trapping press that stifled the Lions immediately, leading to six steals and 14 fastbreak points in the first quarter before laying off once the lead was well in hand.

With the Terps surrendering 29 points to a single player and committing 17 first-half turnovers in their last outing, it was clear Frese wanted the team to be more disciplined and focused on the defensive end, hoping that the offense would follow.

It did just that as the Terps forced plenty of turnovers and were more patient and selective with their own shots. 8-of-16 attempts fell from behind the arc in the first half, a far cry from the zero they hit in the first half of the last game.

“With our athleticism and our size with both Kaila [Charles] and Diamond [Miller], we can kind of send some waves at people,” Frese said. “Utilizing our depth as well as making teams uncomfortable, having a lot of different wrinkles that we can go at. We’re definitely trying to look at different things we can utilize.”

Miller is the best example of this philosophy, as she looks to push the ball after every defensive stop and runs the floor better than anyone, even at 6-foot-3. While her 4-for-14 shooting left something to be desired, she’s capable of blocking or stealing the ball on defense and turning that into quick points for either herself or teammates.

The press was successful Tuesday and could be a viable option during the season when conventional offense isn’t working. But there were still some communication and rotational issues Maryland needs to perfect to make it consistently usable.