A Minnesota beat writer breaks down the No. 17 Golden Gophers 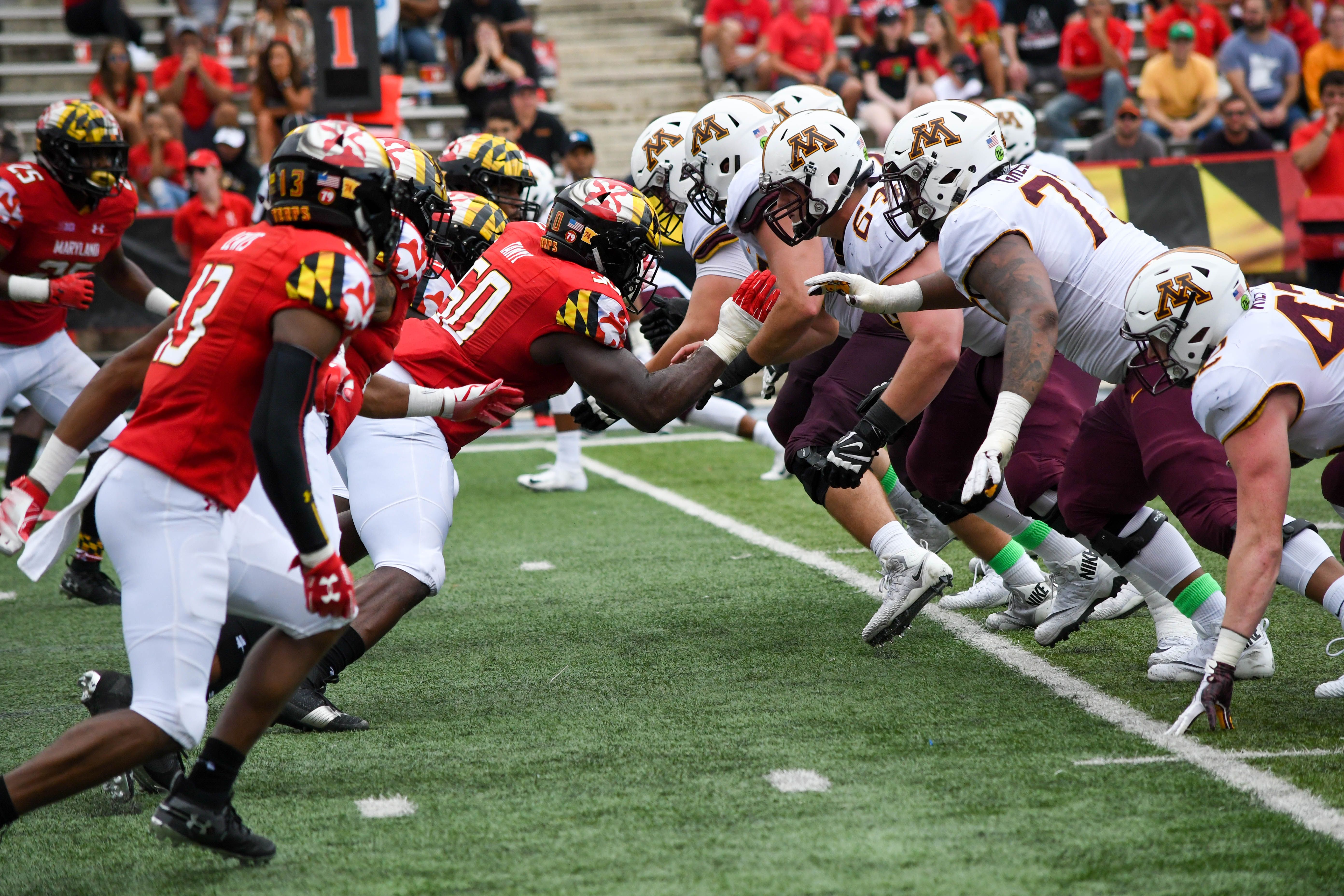 After two consecutive losses, Maryland football is looking to get back in the win column. They hit the road this weekend to Minneapolis to take on the undefeated No. 17 Minnesota Golden Gophers.

Prior to the game, we reached out to John Miller of The Minnesota Daily to learn more about the Gophers. Our conversation has been lightly edited for clarity.

Minnesota is off to a hot start this year, still undefeated. How is this team different than years past?

This team is different in many ways. Minnesota is now in the third year under head coach P.J. Fleck and his “Row the Boat” culture that he has instilled in this program. It appears the Gopher players have bought into that motto and the culture around it. The players are also extremely close with each other and that makes a world of difference for young college football players. They hold each other accountable and constantly speak with high regard of their teammates. The biggest thing that is different with this program is the fact they just have better players. When Tracy Claeys left the program, he left the Gophers with one of the worst recruiting classes in the Big Ten. Fleck has done wonders in recruiting since he has taken over, and it shows on the field.

After four close games to open up the season, the Gophers have blown out their last three opponents. What has looked different over the last three games?

The four games were close and everyone who watched all four games could tell that Minnesota was playing down to their opponents. They had players coming back from major injuries and a key defender — senior linebacker Kamal Martin — who was suspended to start the year. With Martin on the field, the Gophers’ defense just looks different. He missed two games and still leads Minnesota in tackles and was awarded Big Ten Defensive Player of the Week after the Nebraska game.

The running game got off to a slow start. Running back Rodney Smith was returning from a major injury, and Shannon Brooks was returning from three major knee injuries. Those two are now hitting their stride. Smith has had four straight 100-yard rushing games and appears to be better than ever coming off an injury. Also, sophomore Mohamed Ibrahim is healthy. Those three can create a lethal rushing attack, really grinding defenses down and keeping each other fresh.

Who are some players on Minnesota that people aren’t talking about enough?

One player that I think flew under the radar for the Gopher offense is redshirt sophomore wide receiver Chris Autman-Bell. If a defense tries to lock down star receivers Rashod Bateman and Tyler Johnson, Autman-Bell is going to hurt you. He only has 13 receptions on the year, but is averaging 17.8 yards per catch and has four touchdowns. The top three receivers are destined for the NFL barring injury. It’s a luxury to have a guy who can start on a lot of Power 5 programs come off of the bench and play in three wide receiver sets and spell the other two.

On defense, it’s redshirt senior Chris Williamson, a defensive back who has really stepped up this season. He is currently the third-leading tackler on the team with 37 total tackles, plus 2.5 sacks and an interception to go along with that. His improvement in tackling and pass defense has solidified the Gophers’ secondary, a weak point for this team last season.

What is the key to slowing down Johnson and Bateman?

In reality, you can’t. They’re going to win their matchups, plain and simple. Johnson is destined for the NFL after this season, and Bateman will follow next season, if he so chooses. If you really want to stop these guys, you have to get pressure on quarterback Tanner Morgan. Morgan may be one of the most efficient passers in college football, but he is prone to a mental lapse here and there.

Minnesota wins if they don’t make mental mistakes. The Gophers are a team that does not turn the ball over and are one of the least penalized teams in the country. If they limit the mistakes, like they have all season, they should have no problem winning this game and covering the 16.5-point spread.

Maryland wins if they can force Minnesota to turn the ball over early in the game and gash Minnesota in the run game. The Gopher defense has improved in stopping the run, but they have given up a lot of yards to opposing starting running backs. If Javon Leake and Anthony McFarland get going and the Terps’ offense can control time of possession, Maryland has the potential to upset Minnesota.