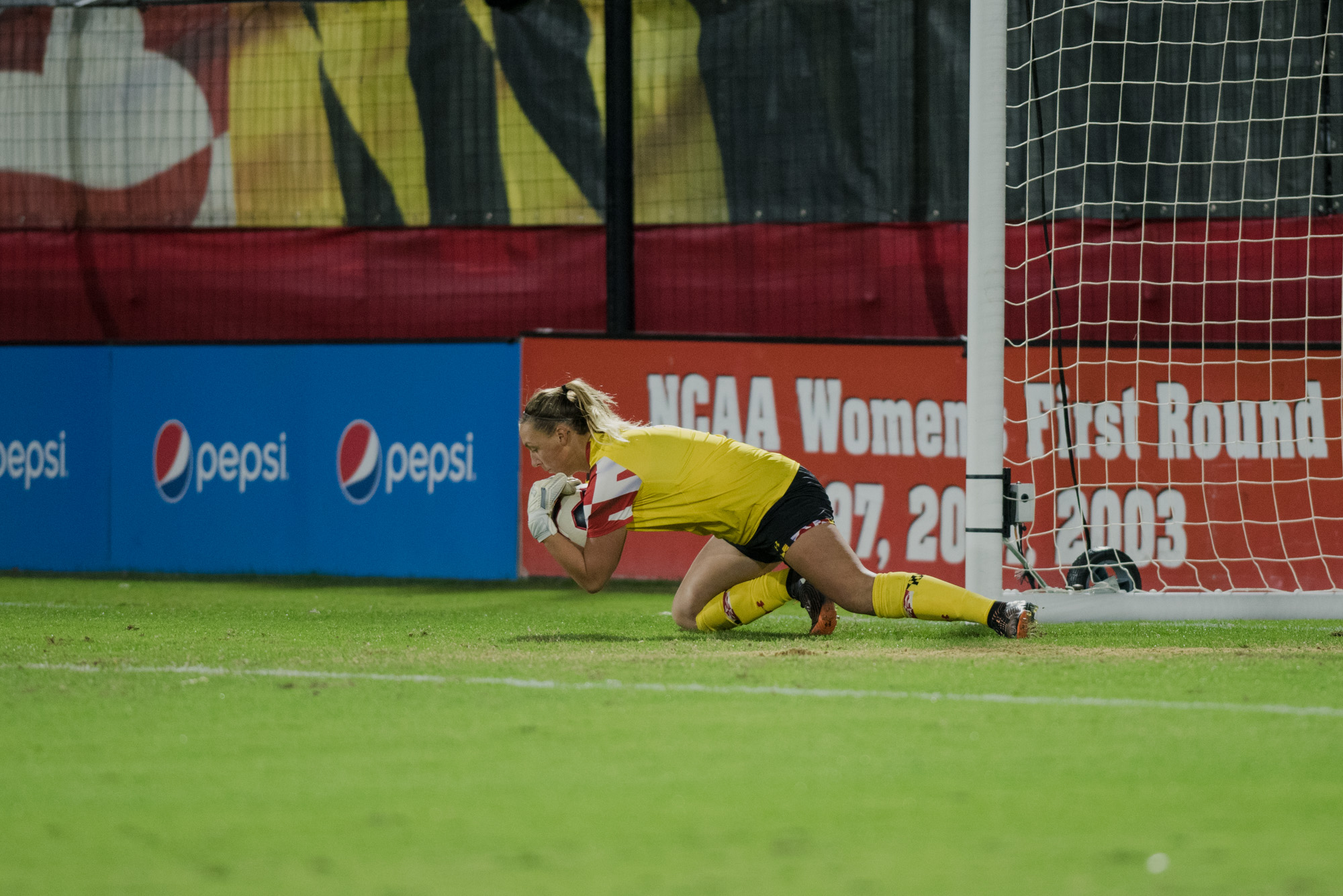 Maryland soccer’s Erin Seppi has been named the Big Ten Goalkeeper of the Week, the conference announced Tuesday.

This is the second time the senior has garnered a Big Ten honor this season, sharing the award with Iowa shot-stopper Claire Graves on Sept. 10.

Seppi put together two key performances in two games last week as the Terps continue to push for a spot in the Big Ten tournament.

Against Indiana, she kept a clean sheet through two overtime periods while recording six saves. Seppi followed it up with a two-save effort against Purdue on Sunday. Despite the cold and rainy conditions, the Terps won the match, 2-1.

It marks the fourth time this season a Maryland player has earned Big Ten honors after the Terps had just two do so in 2018.

With just two games remaining in its regular-season slate, Maryland sits in sixth place in the Big Ten, holding a spot in the conference tournament for now. A win over Michigan State on Thursday would clinch a tournament berth for the first time in school history.