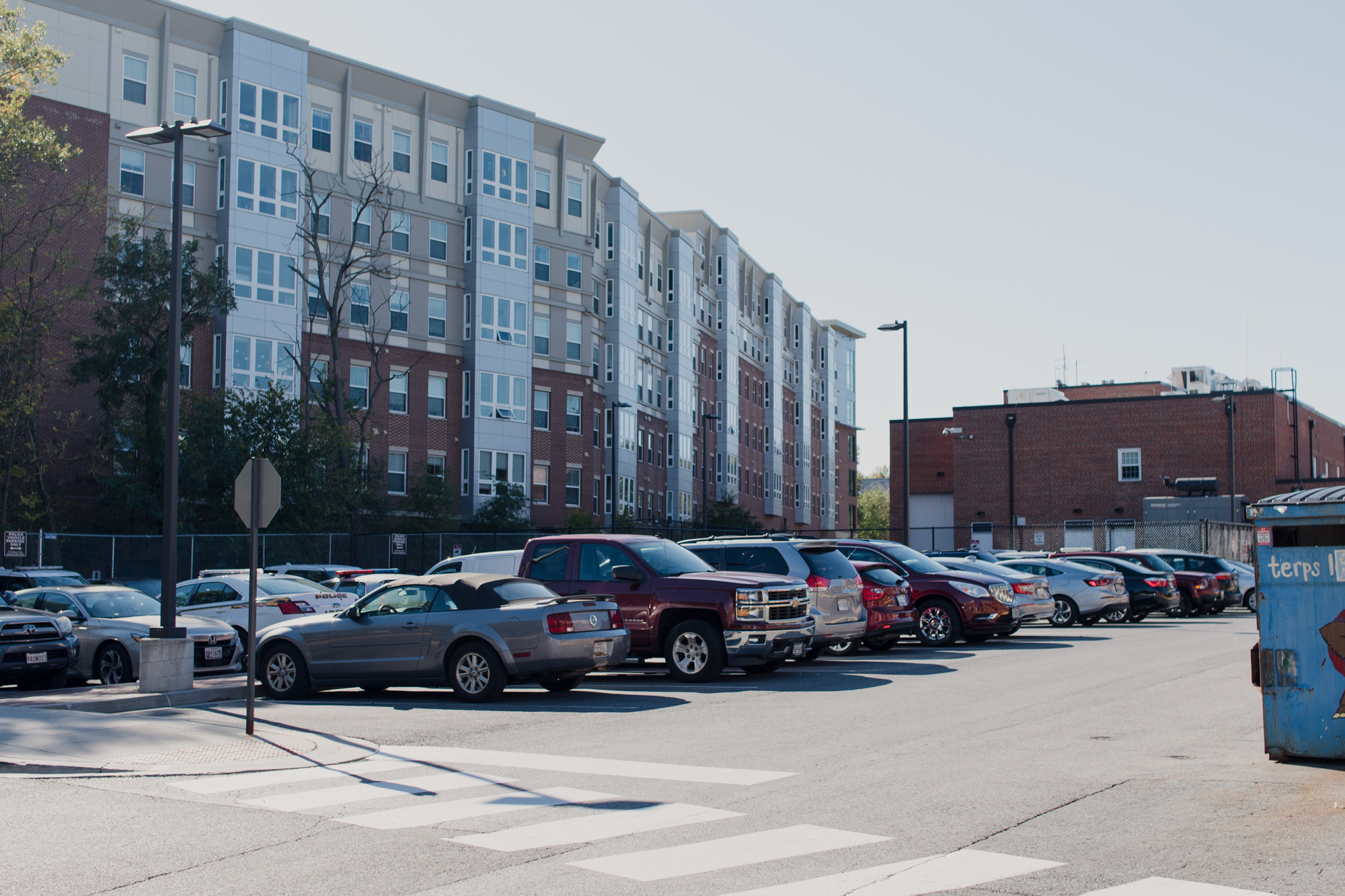 7505 Yale Ave., a lot behind the Landmark Apartments, is where the new Maryland Hillel building will be built. (Gabby Baniqued/The Diamondback)

Construction on the new University of Maryland Hillel Center has been delayed to summer 2021, two years after it was originally supposed to break ground.

The delay is a result of the time it took to design the building, get plans approved and secure funding for construction, said Elan Burman, Maryland Hillel’s assistant director.

“This really is a building for students, by students,” he said. “If you speak with our architect, I’m sure they’ll cry at the length of time that the design has taken. But we are proud of the fact that we took the extra time to really engage with our students.”

Though some students feel the delay is warranted, others find it frustrating.

When senior aerospace engineering major Joshua Bloch started at this university in 2014, he was told that the new Hillel would be completed by his junior year. Now he’s in his sixth year, and the project hasn’t broken ground yet.

“The idea of them ever actually completing this building has become something of an inside joke within Hillel,” Bloch said. “We’ve joked that it should be completed by my grandchildren’s junior year.”

Routine delays in the process of crafting, revising and getting plans approved added to the setback, Burman said — but at this point, funding remains the largest hurdle.

In order to avoid going into long-term debt, the team at Maryland Hillel wants to cover all construction costs with pledged dollars, Burman said. As of October, Hillel has raised about $10.5 million dollars, just over half of the $20 million it hopes to raise by March 31, he added.

Hillel’s fundraising campaign has been in a “quiet phase” so far, Burman said, but that’s about to change. Hillel plans on putting out a press release about the new center in the coming weeks, beginning what Burman called a “major push” to raise money for the building’s construction.

Community members have expressed concerns about the size of Hillel’s current building for several years — and with the space currently serving more than 5,000 students on a regular basis, the need to expand has reached a point of “immediacy,” he said.

“We have completely outgrown the space that we use,” Burman said.

The new center will be nearly 40,000 square feet. It will feature a multipurpose space with a performance stage as well as four multipurpose rooms — the largest seating up to 470 people — seven “huddle” meeting rooms, a rehearsal space, a Jewish learning center that includes a library for study and religion-focused classes, a cafe, outdoor seating and several other amenities, according to the campaign’s website.

The new center will be located at 7505 Yale Ave., close to Fraternity Row and a nearly 20-minute walk from the organization’s current location near the business school, Burman said.

That location harkens back to the organization’s roots, Burman said: The new building will stand on the site of the original Hillel.

“That was our first location, so we’re kind of going home,” he said.

Senior sociology major Emma Mester attends Friday services at Hillel every week. Though she won’t be a student when the new Hillel opens, she said she thinks the location change will make it more difficult for observant Jews who live on campus.

Her main concern, she said, is housing.

“It’s really important in the Jewish community for everything to be extremely walkable, because there are a lot of holidays and times where you can’t drive your car, you can’t take the bus, you can’t ride your bike,” Mester said. “There’s not a lot of housing down there.”

But freshman business management major Keren Binyamin said she thinks students will find the new spot more convenient because of its proximity to the locations of other major Jewish organizations.

Chabad at the University of Maryland is located on Hopkins Avenue, a six-minute walk from the Hillel’s future address. This university’s chapter of Jewish leadership program MEOR is also nearby, on Knox Road.

“I think it’s a great idea,” Binyamin said. “I think it’ll be really great, and I can’t wait to see it.”

The new Hillel building is expected to open its doors in 2022, according to its website.

“This is going to be an asset for the entire campus community,” Burman said. “It’s going to serve future generations of Terps — hopefully for a very very long time.”