UMD Latinx students are pushing for a cultural center on campus 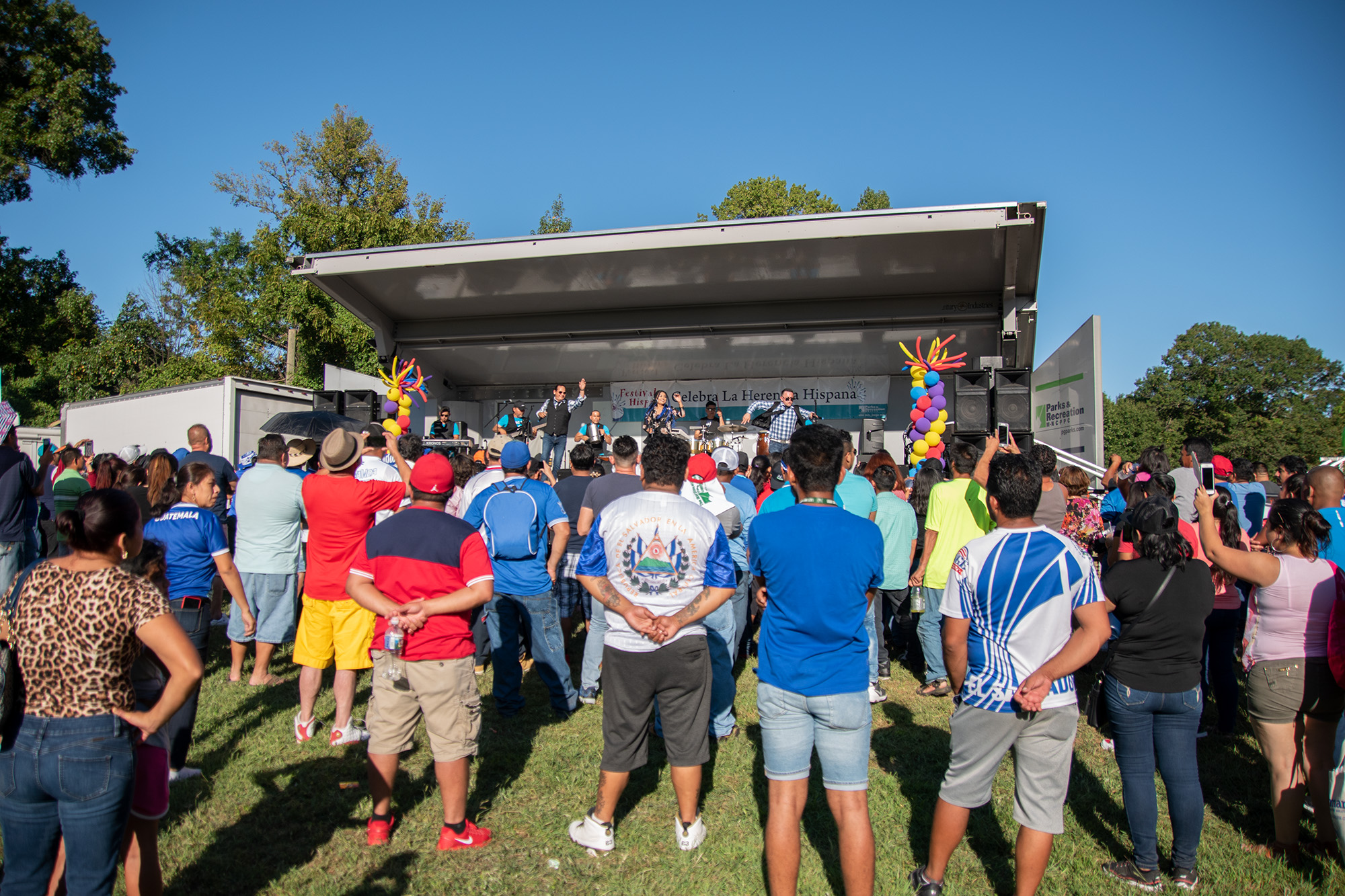 When she arrived at the University of Maryland her freshman year, Maura Miranda had a pit in her stomach.

A graduate of Montgomery Blair High School in Silver Spring, Maryland, she came from a school that was majority-minority. But coming to College Park, Miranda — who is Salvadoran and Guatemalan — felt completely isolated.

One important part of making that happen, many students say, would be creating a Latinx cultural center, where students could connect with each other and faculty, join clubs, and learn more about their cultures and history. It’s a project that’s been talked about for more than 10 years — and that some want to see revived.

The university established a U.S. Latino Studies minor in 2008. When student leaders were advocating for the program, they wrote a manifesto that detailed eight demands — including a space for Latino students akin to the Nyumburu Cultural Center, which opened in 1971 to support black students and faculty.

Years went by and the space was not created. In March 2016, the university set aside a room in the basement of Tawes Hall for Latinx students to meet and hold events, but students continued to push for an official center.

When reached for comment by The Diamondback, university spokespeople didn’t have any updates to provide about plans to build a cultural center.

Candela Cerpa, the vice president of Political Latinxs United for Movement and Action in Society, is one of those who has worked on bringing the center to fruition. Originally from Uruguay, Cerpa was surprised when she first arrived on campus and couldn’t connect with other Latinx students right away.

“So many freshmen have come up to me throughout the years saying they can never find Latinos on campus, and that’s exactly how I felt my freshman year,” she said. “It would also help us have a better connection to the surrounding community, which has a strong Latin presence.”

Prince George’s County is about 20 percent Hispanic or Latino, according to government data. Enrollment of Latinx students at this university, meanwhile, has stayed relatively stagnant for the past five years — hovering at around 10 percent of the undergraduate student body, according to the Office of Institutional Research, Planning and Assessment.

It was not until fall 2017 that several Latinx student groups, including PLUMAS and the Lambda Upsilon Lambda Fraternity, were able to come together and propose funding for a cultural center in Preinkert Hall, Cerpa said. Students sent a proposal to the Student Facilities Fund, but were unable to acquire funding and didn’t receive permission to use the space, said Noah Eckman, the fund’s former chair.


Cerpa attempted to revive the effort last year, but said she wasn’t successful in connecting with enough Latinx groups across the campus to work together on a proposal for administration.

Manuel Ruíz, a 2009 graduate of this university and member of Lambda Upsilon Lambda, was one of the student leaders who helped advocate for a U.S. Latino Studies minor and Latinx cultural center. He said it can be difficult to make progress on the needs of underrepresented and marginalized communities.

“Unfortunately, the bureaucracy of an institution like the University of Maryland can be a huge impediment,” he said. “What’s going on now with the Latino Cultural Center is an unfortunate case of history repeating itself. It may be necessary for students and faculty allies to organize and rise up to the occasion, just as we did in 2008, to make the case for why this center should exist and why it needs to happen now.”

Junior economics major Jesse Turcios feels that a cultural center could serve as a home away from home for overwhelmed and struggling students.

“A Latinx cultural center would most definitely help Latino students who may be lacking a sense of belonging or are just overwhelmed by college,” Turcios said. “The center would be a place that students could depend on.”

“As a new student, I had no idea how to even begin to get involved with Latinx activities because I didn’t know where to find them,” she said, “so I think that a center would serve as a great hub for students to get involved.”

And until a center is established, Castillo worries that the Latinx community on campus will not be as strong or unified as it needs to be to help support incoming and current students. They’re scattered across the campus and across majors, so it would be nice to have a place to draw closer together, she said.

It’s also a point of pride for them, she added. It shows the campus and administration they won’t be ignored.

“I think a Latinx center would be a very important statement about the presence of Latinx students on campus,” she said. “We are here, and we are not going anywhere. A center would ensure that this message is broadcast loud and clear.”