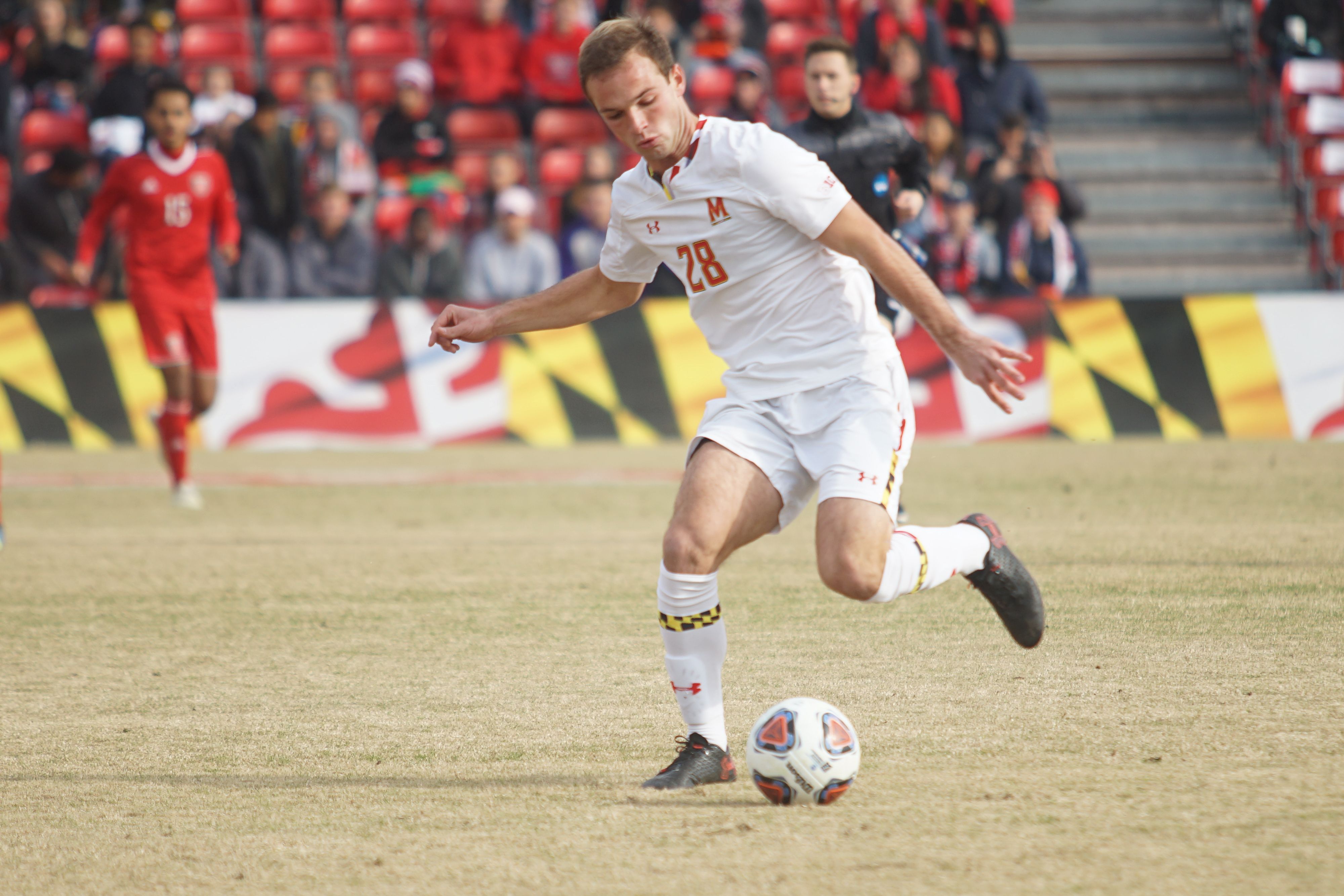 Defender Chase Gasper corrals the ball during Maryland’s 2-0 win over NC State in the second round of the NCAA tournament at Ludwig Field on Nov. 18, 2018. (Corey Hart/The Diamondback)

The MLS Cup Playoffs have kicked off and to the surprise of nobody, there are many former Maryland Terrapins across the competition. One former Terp got love online for not an amazing goal, but a stout defensive effort.

Left back Chase Gasper has gotten a lot of playing time for Minnesota United FC in his rookie season. Gasper helped the Terps win the 2018 College Cup for the program’s fourth national championship.

He was selected with the 15th overall in the 2019 MLS SuperDraft and has appeared in 15 games this season, starting 14. One of those starts came in Minnesota United’s first-ever playoff game when they hosted the LA Galaxy in the Western Conference Quarterfinals.

In the new playoff format, whichever team has the higher seed gets home-field for a winner-take-all match. Gasper started on the backline and was voted Man of the Match for MNUFC despite losing 2-1 in full-time.

Chase is tonight's @gobellbanks Man of the Match and his donation is heading to @childrenscancer. pic.twitter.com/OdqNOHss7x

A big reason for Gasper being given the award come on this play, where LA was on the counter-attack with Argentinian international Cristian Pavon on the ball. Gasper didn’t falter, cleanly taking the ball off Pavon and stopping the LA attack.

Gasper finished fifth in this year’s MLS Rookie of the Year poll and is one to watch for the future of American soccer.