“We are all Earthgang”: Rising hip-hop duo brings ‘Mirrorland’ tour to MilkBoy ArtHouse 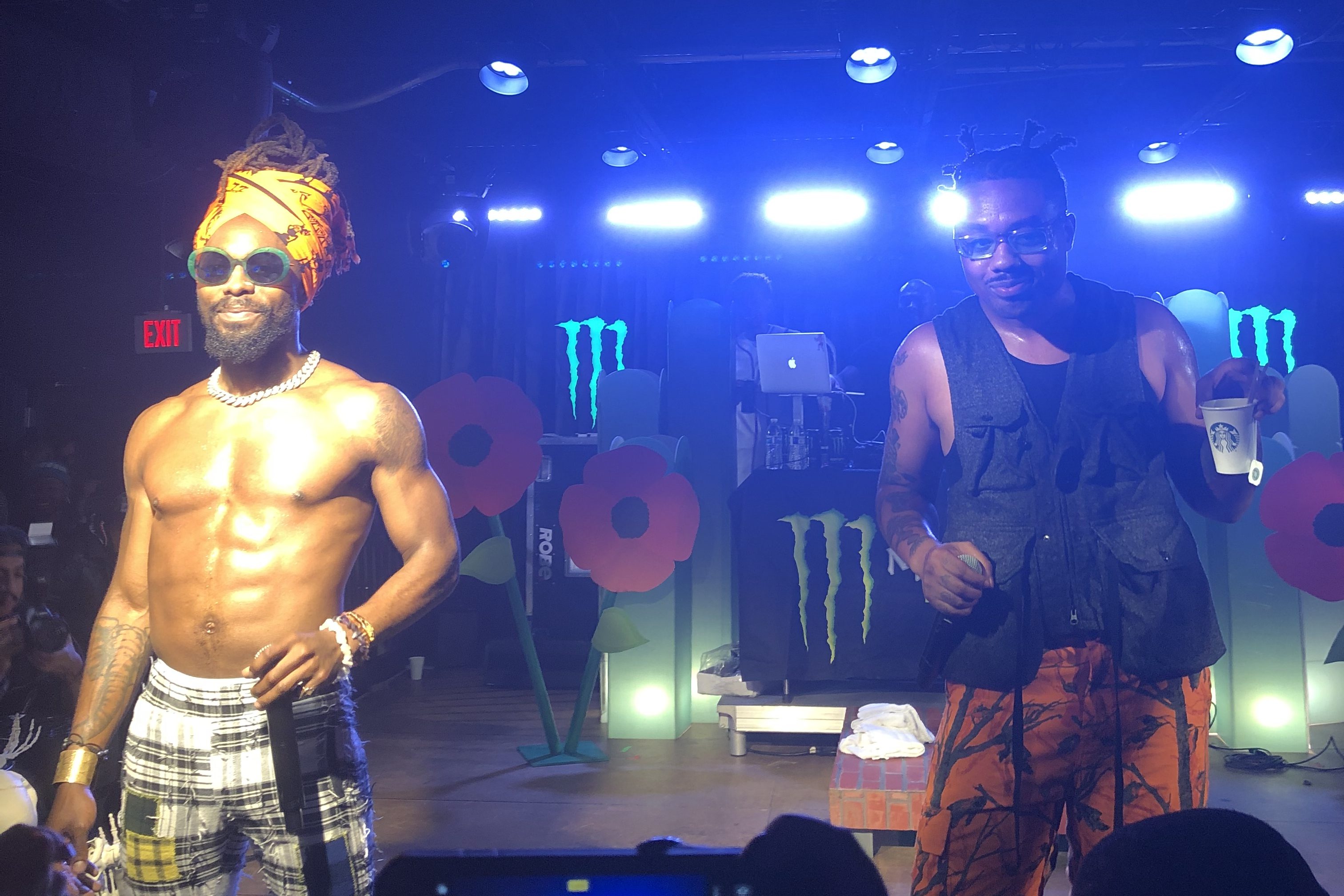 Hundreds of concert-goers packed into the upstairs of MilkBoy to jump, dance and sing along to the eclectic hip-hop duo from South Atlanta. Their unique sound — rooted in their expressive rap flows, zany vocals and brassy instrumentation — is evocative of a Southern hip-hop style similar to legendary Atlanta-based OutKast.

“It was one of the top three nights of my life,” said sophomore Bobby Hedberg, who is enrolled in letters and sciences. “I’ll probably never spend a better $25 in my life.”

The group’s “Welcome to Mirrorland” tour celebrated the release of their major-label debut studio album, Mirrorland. Including features from artists such as Young Thug, T-Pain and Kehlani, the album is the latest release from J. Cole’s Dreamville Records, which also dropped the chart-topping compilation album Revenge of the Dreamers III this July.

Olu and WowGr8, the two Atlanta natives who make up Earthgang, aren’t novices when it comes to performing. Just this year, they went on tour with Smino and headlined their own tour overseas.

At MilkBoy, the group initially invited the audience to set foot in the bizarre world of Mirrorland with the performance of “LaLa Challenge.” From there, the show got progressively more uproarious with each song — the performances of tracks such as “Top Down” and “Proud of U” left both the crowd and the performers dripping in sweat.

[Read more: Review: The Chainsmokers brought their World War Joy tour to D.C. and it brought me no joy]

“I’ve never sweated so much in my life,” said sophomore international business and Spanish major Jordan Goldstein. “But at the same time, I’ve never had so much fun in my life.”

The duo did provide some slower moments during their set. At one point, they asked for a brief period of silence in honor of the late Mac Miller, a friend of theirs who died in September 2018.

Earthgang also engaged with the audience at multiple points throughout the show. Early in their set, Olu reached out to someone in the front row to ask for their name.

WowGr8 even decided to bring people from the crowd onto the stage to dance with him.

“I am Earthgang, you are Earthgang, we are all Earthgang,” he told the audience. “It’s a global movement, a global phenomenon.”

Sophomore economics major Liam McCammon said the show was “surprisingly intimate,” considering how riotous the crowd was at times.

“During certain songs I could see Earthgang looking directly at me, rapping to me,” said McCammon, who was a few feet away from the front row.

The audience responded wildly to the second half of Earthgang’s set, when they performed songs from their EPs and from Revenge Of The Dreamers III. The album, which contains Earthgang features on five of the project’s 18 songs, has spent 14 weeks on the Billboard 200 chart since its July release.

During Olu’s performance of “Down Bad,” a song from Revenge of the Dreamers III, the gate separating the audience from the stage fell down from excessive force.

“I remember just feeling bodies on top of me,” said sophomore mechanical engineering major Shane Wagner, who said was he was leaning against the gate when it fell down. “Luckily, I don’t think anyone got hurt, but that could’ve ended badly,” he added.

The duo concluded the show with a performance of “Bank,” one of the most popular and hardest-hitting songs off of Mirrorland. Whether the concert-goers were singing along to Olu’s high-pitched, fluctuating vocals, rapping along to WowGr8’s seamless flow or submitting themselves to the various mosh pits, it became evident during this song that Earthgang had successfully brought the beautifully chaotic and mystical world of Mirrorland to College Park.