Review: Heize’s ‘Late Autumn’ is an ode to the hopefulness of fall 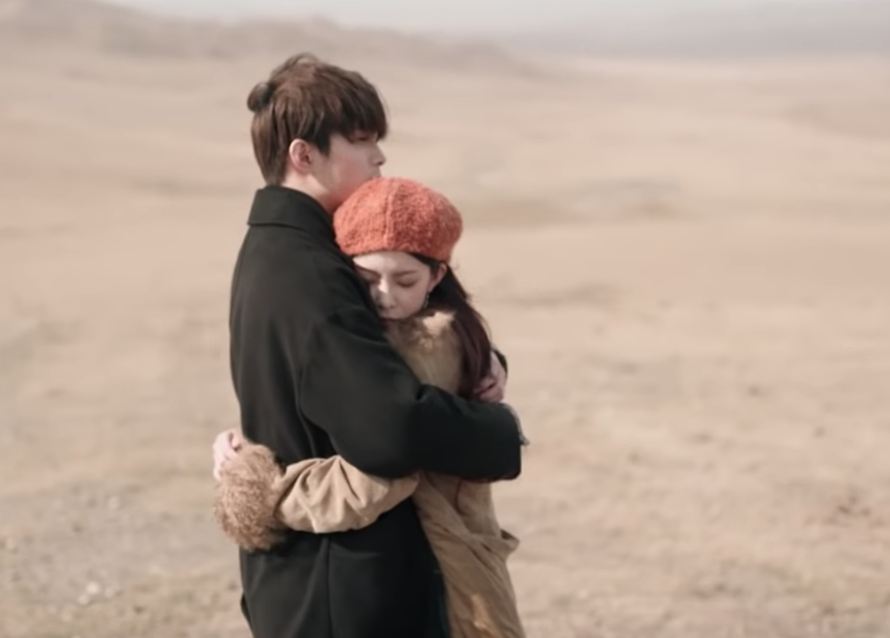 Heize in the music video for 'Falling Leaves are Beautiful' (Photo via YouTube.)

I was walking outside in the cool autumn weather, admiring the bright red leaves that line the trees. The wind blew gently, ruffling the hair being held down by my fuzzy blue hat. The sky was a blinding gray with no rain in sight, but not joyful with sun either.

It had been a month since I broke up with someone and there was still a lingering feeling of despair. I still thought about them, but in my gut, I knew I would be OK and I would move on soon. Heize’s newest mini-album Late Autumn reminded me of that time, which was about two years ago.

I’ve been a casual listener of Heize’s music for the past two years. Her songs are consistently catchy and pleasant to listen to. My most recent favorite was “We don’t talk together,” a tune I definitely sang in the shower many times this summer.

[Read more: Review: Sunset Rollercoaster’s Pie Shop concert was out of this world]

However, I never thought to sit down and seek out more of her music like I have with artists such as DEAN or pH-1. As an avid YouTube surfer, I mulled around my recommended videos for content to help me procrastinate doing my homework and I found Heize’s music video for “Falling Leaves are Beautiful.”

The aesthetics of this video are soft and rosy. It’s not immediately obvious what is happening, but there’s so much moody staring-off-into-the-distance that keeps me wanting to know more. And it’s sweet, ending with a hug between Heize and the young man (probably a love interest) who seems to be taking the same trip as her to some desert. The song is soothing and dreamy, with nostalgia dripping from the seams — making you long for something you may have never had.

Each song on the album captures a wistful sadness immediately transporting me to another world, or even another time in my life. Heize’s soft crooning voice bares a soulfulness beyond her 28 years, while remaining youthful and innocent.

“Diary” is my favorite song on the album because it reminds me of the swooning and woeful longing I heard in ballads from the Eurovision Song Contest when I was younger.

The most remarkable part of this album is that it manages to make melancholic songs sound relatively cheerful and hopeful. Maybe it’s the glittery bells in the background, the steady positivity emitting from the drum beats, or a combination of these things — but I don’t feel depressed when listening to this. In fact, I feel encouraged.

I remember telling my mom when I was younger that I loved the smell of the fall leaves. And then she chuckled and said, “So you like the smell of death, huh?” and I laughed in surprise. She was joking, but in a way, she was right. Leaves fall off the trees to help the tree survive through the winter, and make way for new life.

Most people think of spring as a time for new beginnings and rejuvenation. It makes sense because it comes with flowers and animals waking up from hibernation. But I think fall is often overlooked in its role of bringing about new beginnings. To make room for the new, we must evolve and transform from the old.

I think this album captures that very essence of fall, a solemn but hopeful renaissance. Late Autumn is about somber ends and optimistic beginnings, and I think it is a lease on life we could all use more of. It’s as they say: as one door closes, another one opens, and spring is right around the corner again.