Maryland football running back Anthony McFarland out vs. Indiana with high ankle sprain 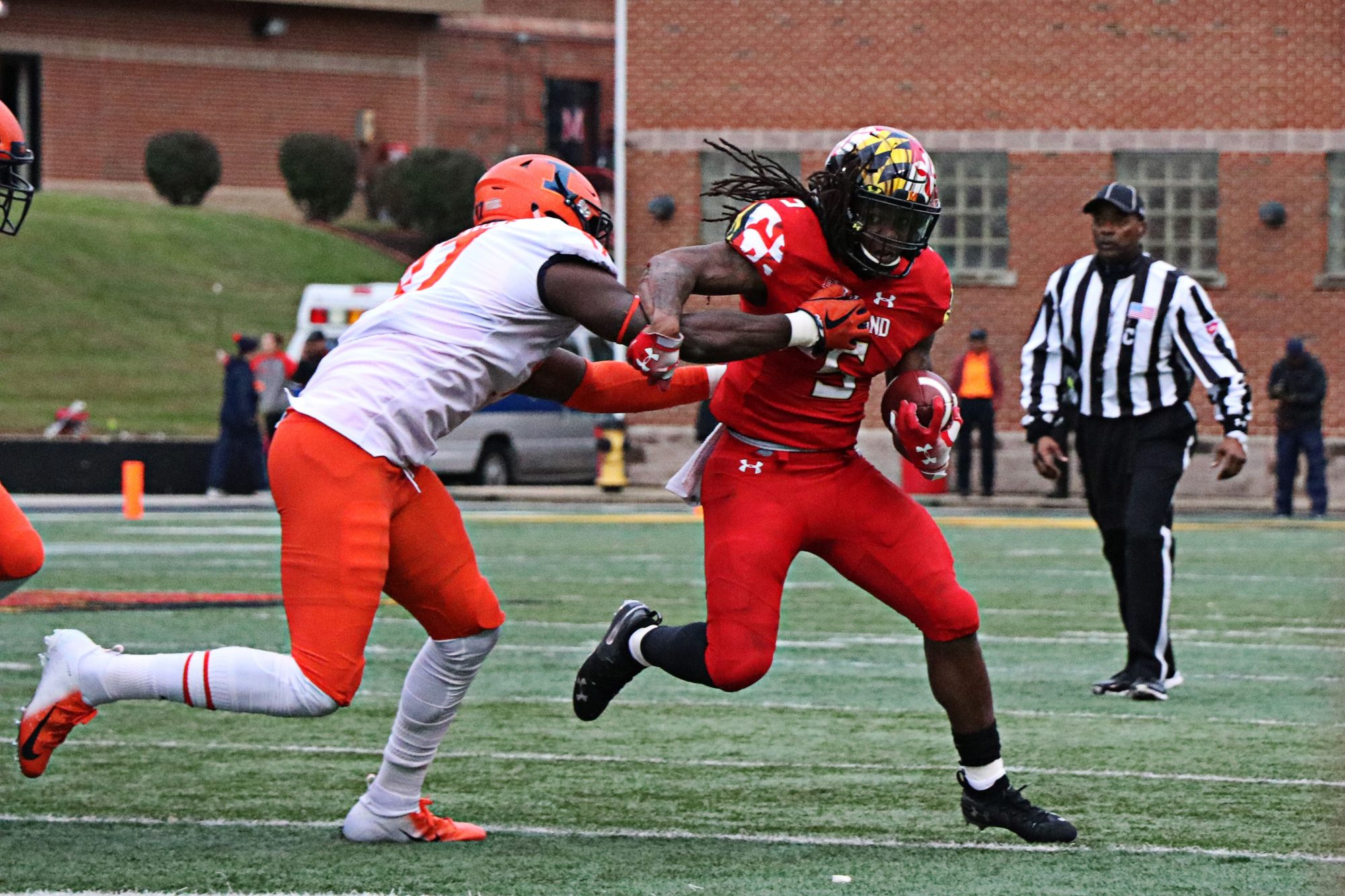 Running back Anthony McFarland fights off a would-be tackler during Maryland football's 63-33 win over Illinois at Maryland Stadium on Oct. 27, 2018. (Andi Wenck/The Diamondback)

Maryland football running back Anthony McFarland is out against Indiana with a high ankle sprain, a team spokesperson confirmed.

McFarland was in street clothes on the sideline during the Terps’ warmups.

McFarland had initially suffered the injury against Temple on Sept. 14, and has been limited in practice since then but hadn’t missed a game. Coach Mike Locksley said McFarland was day-to-day this week, and while the running back was not at practice Wednesday during the media viewing period, Locksley said he came out later for “mental work” as Maryland attempts to limit his touches.

Ahead of the matchup with the Hoosiers, McFarland has rushed for 340 yards and seven touchdowns, and he has reeled in nine catches for 87 yards and a score. He’s shown his explosive capabilities — including an 80-yard touchdown rush against Rutgers — but McFarland was held to just four carries and four yards last week in a loss to Purdue.

Without McFarland, running backs Javon Leake and Tayon Fleet-Davis will split carries in the backfield.

Quarterback Josh Jackson, who returned to practice this week in a limited fashion as he deals with his own high ankle sprain, is not expected to start, either. Tyrrell Pigrome will be under center for the second straight week.