An Indiana beat writer breaks down the Hoosiers 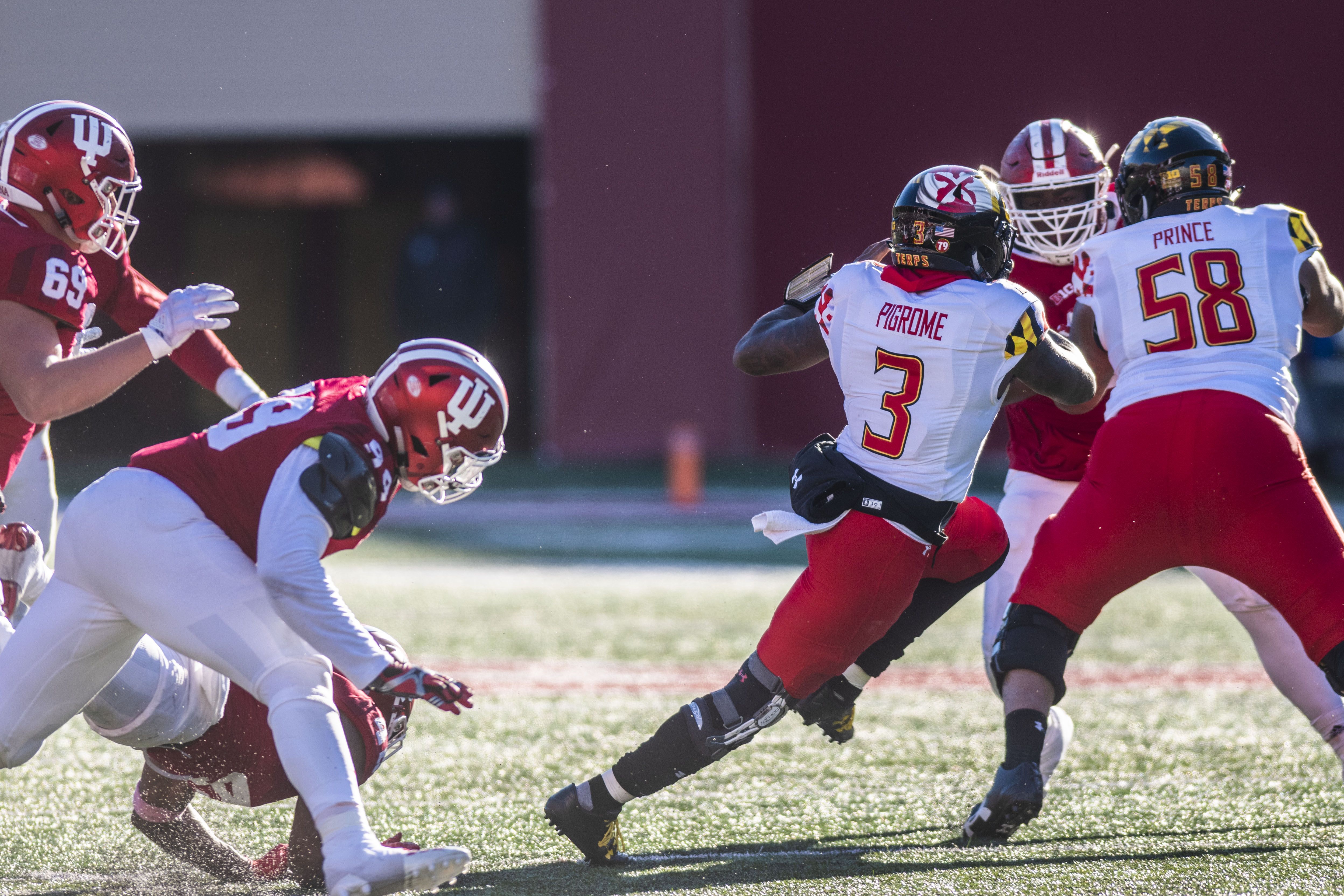 Maryland and Indiana are both looking to make a bowl game after two consecutive sub-.500 seasons. Entering their matchup this weekend, the Terrapins are 3-3 while the Hoosiers are 4-2. The game between the two this weekend will serve as a great opportunity for either to bolster their chances of making a bowl game.

We spoke to Matt Cohen from the Indiana Daily Student to cover some of the key points of the matchup. Our conversation has been lightly edited for clarity.

Indiana has jumped out to a hot start on the season, starting 4-2. What has led to this early success?

Indiana has finally found a quarterback. Since Nate Sudfeld, the school’s all-time leading passer, left for the NFL, IU hasn’t had a consistent and reliable option under center. This season that’s all changed due to redshirt freshman Michael Penix. Penix has been masterful in his first season as a starter. He’s missed two games and has already passed for over 1,000 yards.

IU is 4-2, which is exactly what was expected when looking at the schedule before the season. It seemed easy to pencil in wins over Ball State, Eastern Illinois, UConn and Rutgers as well as losses to Ohio State and Michigan State. IU played Michigan State as close as it has in years, and frankly, should have won the game. Special teams penalties late in the fourth quarter were quite costly, but IU was the first team to have success against Michigan State’s defense this season. Penix was the reason why.

Anthony McFarland Jr. and Javon Leake have formed one of the top running back tandems in the country this season. What will it take to keep them contained?

IU has the 13th total defense in the nation, but looks can be deceiving. IU has played some very bad offenses in Eastern Illinois, UConn and Rutgers and allowed a total of three points in those three games.

Anthony McFarland ran circles around IU’s defense last year as he went for over 200 yards, but he seems to be dealing with an injury in advance of this year’s game. Him playing at less than 100 percent may be one of IU’s only hopes to slow him down.

Why? Look back at the Ohio State game where J.K. Dobbins torched IU’s defense. He had 193 yards and barely ever went down on first contact. I see McFarland as a similar style back; a physical runner who could yet again cause problems for IU’s defense that still hasn’t totally solved its tackling woes. Or at least that’s if McFarland plays.

With a pivotal stretch of games coming up, including a matchup with Penn State, is this a must win game for Indiana if they want to go to a bowl this season?

IU was in the exact same spot last year. They were 4-2 but tumbled to a 5-7 finish. The Hoosiers lost a crucial game at Minnesota which virtually sealed their fate. It was a road game where IU was favored to win and laid an egg. It’s quite similar to where IU is right now. The Hoosiers come into Maryland as the betting favorite on the road. IU can’t lay an egg again. Doing so would destroy the momentum that has been building over the last three games including what has been as close to a confidence-boosting loss as could possibly exist in the Michigan State game.

So yes, it is a must win game. They do have games that look winnable against Northwestern and Purdue and frankly, a road game against Nebraska doesn’t seem like a far fetched possibility to win. But IU hasn’t had to be in what looks to be a close game yet. All four wins have been comfortable against teams IU is far superior than. IU can show itself what type of team it really is against Maryland, the first game that on paper appears to be a near-even matchup. Beating Maryland would keep the team from slipping back into exactly what it did last year to fall short of a bowl game.

Indiana has had issues against the pass this season, with their secondary in flux over the last few games. Will they be able to get on track against a Maryland team that has struggled in the passing game at times?

IU has made much-needed changes in the secondary. Based on the depth chart released Monday, there will be three new starters. That group is highlighted by true freshman Tiawan Mullen. Mullen, a four-star recruit, has quickly lived up to the billing and has emerged as IU’s best cornerback. He had a breakout game against Michigan State with four passes defended, including two in the end zone on consecutive plays. Michigan State wide receiver Darrell Stewart went for over 100 yards against IU, but he didn’t have a single catch when Mullen covered him.

Across from Mullen is another member of IU’s youth movement, the speedy Jaylin Williams. He’s emerged as a newfound starter as well.

IU’s secondary had its best game in quite a long time as it held Rutgers to just one passing yard. Head coach Tom Allen has moved experienced corners down the depth chart in favor of the more talented youth. It’s worked so far.

Josh Jackson/Tyrrell Pigrome exploit a young IU secondary and tackling issues rise to the surface yet again. IU’s defense has been so inconsistent this season and Maryland will show whether the defense is actually similar to that which dominated weak non-conference opponents and Rutgers, or the one that was shredded by Ohio State and Michigan State.