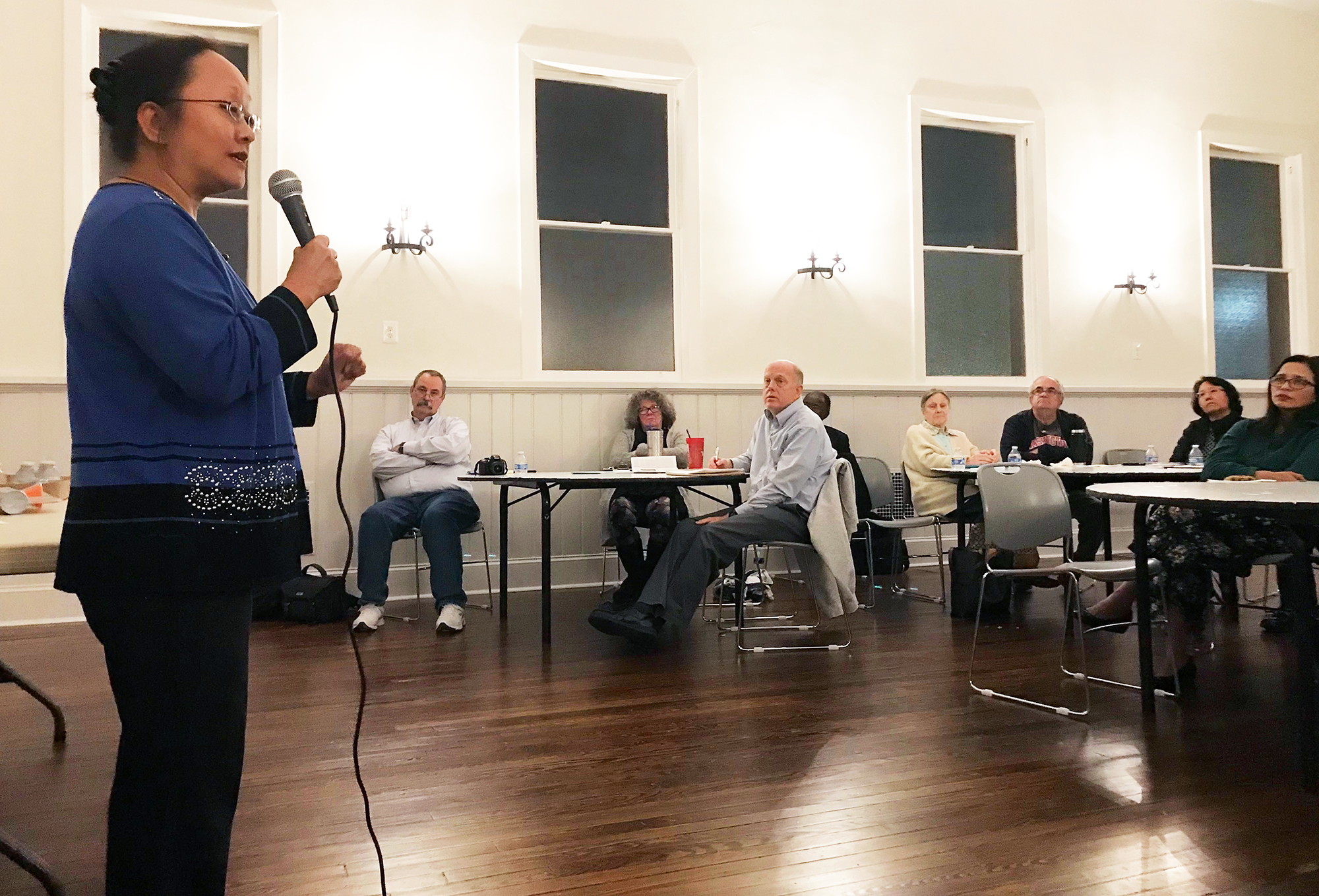 Lalzarliani Malsawma speaks to College Park residents at the mayoral debate at the Berwyn Civic Association on Oct. 17, 2019. (Rosa Pyo/For The Diamondback)

On Thursday, for the third night this week, candidates for College Park’s upcoming city council elections discussed issues facing the community at a public forum.

And — also for the third night this week — the debate included homophobic remarks from mayoral candidate Lalzarliani Malsawma.

Malsawma ran unsuccessfully against incumbent Mayor Patrick Wojahn in 2017 because she disagreed with his vision for the city, she said. Her values are against his, she added, referencing his sexuality.

Although she frequently said promoting diversity and inclusion in College Park was one of her goals, Malsawma listed out city officials she said were gay and cited her religious beliefs — which she has previously said are “totally against” making the city LGBT-friendly — as a guiding force in her campaign.

“I would like to work on making College Park a city where no evil can thrive, a city where God’s name is hallowed, his kingdom comes and his will is done,” she said.

About 35 College Park residents came out to the event. Many asked Malsawma questions about her attitudes toward the LGBT community, and one inquired why she was “threatened by gay people.”

On light blue slips of paper, attendees wrote questions for the candidates and gave them to Catlin. Topics ranged from conditions at Attick Towers — a public housing complex on Rhode Island Avenue — to bridging the communication gap between the city and its residents.

The same group of candidates held a forum at Attick Towers on Monday. The complex received a score of 72 out of 100 on its inspection from the federal Housing and Urban Development department in 2017 — down 26 points from its score three years earlier.

At Monday’s event, residents of Attick Towers complained of roaches, mold and safety concerns, alleging that the building’s management wasn’t responsive to their worries.

On Thursday, Wojahn discussed meeting with Attick Towers’ management in an effort to give a voice to the residents living there. Pancho, though, said she wanted to replace management and rebuild the entire system.

“That would be a task that I feel like needs to be handled now,” she said. “It is not fair that these people [who] live there are living in a caustic environment.”

The District 2 candidates discussed improving communication between the city and residents to increase community engagement, after residents complained about a disconnect between their voices and the outcome from the government.

Gregory said he intends to go to every single house in College Park to talk to residents about issues that matter to them instead of purchasing fliers and placards.

“There’s a knowledge gap that needs to be filled in many places,” Brennan said, “and the better we can inform people, the better we’ll all be together.”