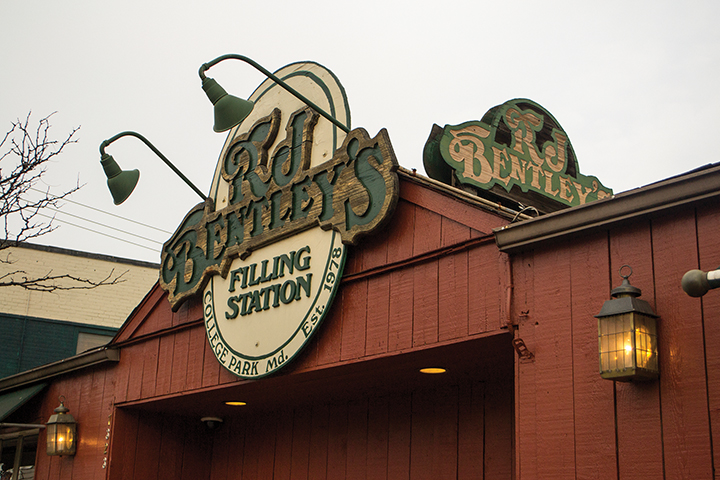 The famed R.J. Bentley's is one of many bars that may see more patrons following the ban on "unruly social gatherings" in College Park (File Photo/The Diamondback).

In the wake of the “unruly social gatherings” noise ordinance passed in College Park, it’s interesting to consider what would happen to the University of Maryland’s social scene if house parties disappeared or became significantly less prevalent. If students can’t party in College Park houses, where would they go? They’d probably head out to the glorious, yet jarring, Route 1 bars.

The nuisance ordinance prohibits “unruly social gatherings” of eight or more people. Greek life is particularly threatened, even though many students attend parties in College Park. Many darties (day parties), tailgate pregames and social gatherings in general are hosted by fraternities. Implementing this ordinance would take a lot of fun out of Greek life. Party-hungry students will have to find other areas of established drinking.

R.J. Bentley’s, Cornerstone Grill and Loft and Terrapin’s Turf are popular bars in College Park. The lines to get into these subpar bars are astronomically long Thursday, Friday and Saturday nights. If this university became a bar school, these lines would most likely get even worse.

It’s also likely bouncers at College Park bars would become stricter about fake IDs, which could be a negative or positive based on your age. It’s comforting to know Bentley’s wouldn’t be half-filled with freshmen, but there is something so uniquely College Park about how lenient and sketchy bouncers are when checking IDs and charging cover.

Towson, Maryland, passed a similar ordinance in 2016 to limit loud college parties in neighborhoods near Towson University. According to the Baltimore Sun, there have been significantly fewer complaints about off-campus social gatherings since this ordinance passed. Residents are happy with the results.

Now, the bars at Towson are the primary place for partying. Bouncers are not easy on fake IDs, according to Towson students. If Maryland became a bar school, it’s likely our beautiful bars would legitimately require customers to be 21 or older to enter.

There’s a lot more to college than partying and drinking, but the social scene is something prospective students consider when choosing what school to attend. College Park bars would have to step up their game with the quality of drinks and overall atmosphere. There’s a wafting smell of feet continually flowing from Bentley’s. If we became a bar school, hopefully local bars could afford to take better care of their facilities — and maybe buy some air freshener.

Bars potentially stepping up their game could be a positive result of the ordinance. Also, students might study more if there were fewer parties and bars were the only option. Decreased drinking opportunities and increased academic focus could help many students — especially me. If students under 21 are deterred from trying to enter the bars, staying in for a safe night of studying is a solid second option.

Because social gatherings and parties are so prevalent, it’s hard to picture what Old Town would be like without them. Something new and strange happens every day in College Park — the constant chaos is something I can rely on day-to-day. While there would be positives and negatives if this university became primarily a bar scene, Terps will carry on if only students who are 21 and older can attend Bentley’s and Cornerstone on a Thursday night.

However, I sincerely hope we never become a bar school. Not because of stricter bouncers or longer lines, but because College Park is unruly — sometimes on the verge of disaster — and that is an integral part of its beauty and character. Even if the “unruly social gatherings” ordinance goes into effect, I’m confident the university will never lose its spirit.