Review: I am an adult woman who went to a Mason Ramsey concert. Things got weird. 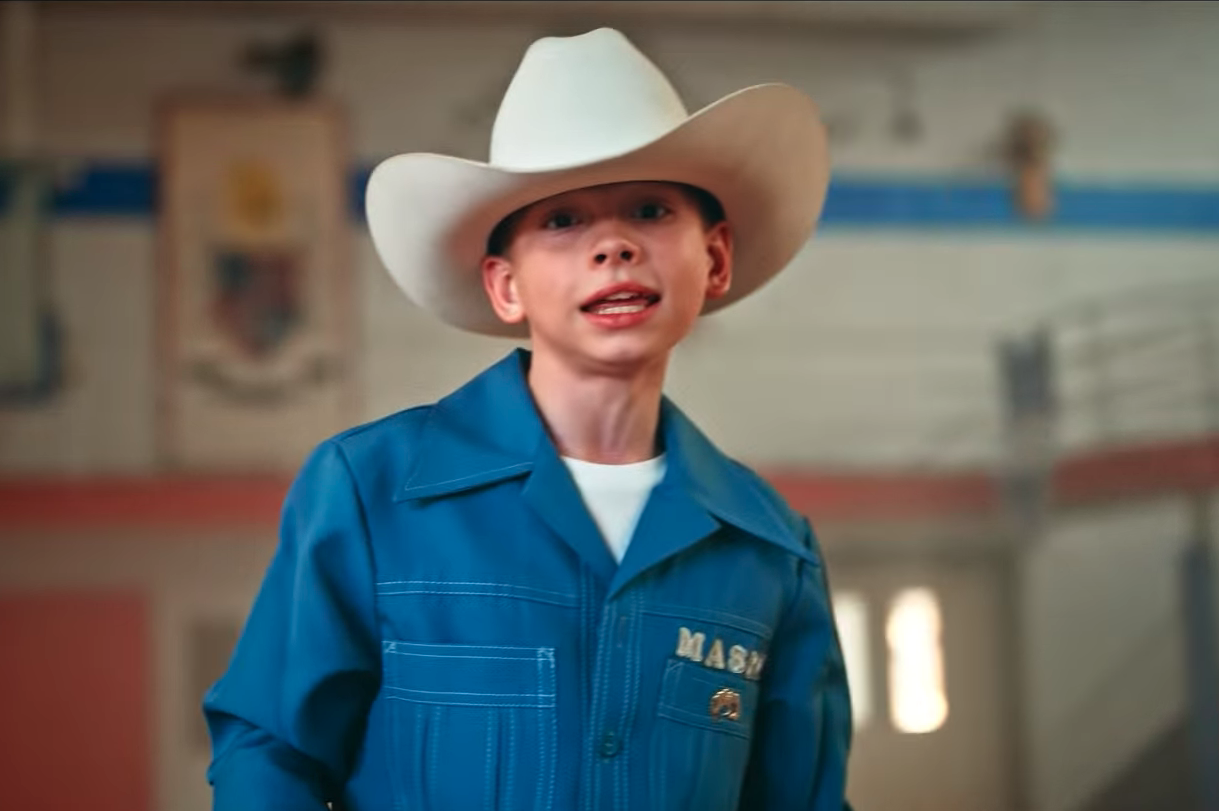 Mason Ramsey in the music video for his song "Twang," which he performed at MilkBoy ArtHouse on Saturday, Oct. 12, 2019 (Photo via YouTube).

I am not, and hope to never be, one of those annoying, boomer-approval-seeking people who whines about social media behind a thinly veiled hatred of younger generations or women or both. Sure, use your phone, post about whatever’s happening — I can’t judge because I overindulge in it too. But this phenomenon, of always being online, always having something new to post, it plays into my review of this concert in a disheartening way. I’ll explain in a bit.

When I first heard that Mason Ramsey was 1. on tour and 2. coming to MilkBoy ArtHouse in College Park, I begged my editors to let me cover this. I wanted to interview this new kind of celebrity, someone who took their 30 seconds of viral fame and was able to convert it into something tangible (or more accurately, profitable). When the time came around, I wasn’t able to interview the pre-teen country star, so I was to write solely about the concert. Now, I was more curious about exactly what type of person would willingly spend both their money and their Saturday night to see the little yodeling boy in concert.

I arrived in time for both openers. The first was Jenna Paulette, a country singer and a real adult woman who focused most of her banter on being from Texas. As I stood in the crowded room and took in the people around me, I realized it was mostly just University of Maryland students. I wondered if it was a strategic venue choice. Would they have sold this many tickets if they’d chosen a small venue in Washington, D.C., and forced a large part of their clientele to travel? The room started filling up more as the second opener played, a singer-songwriter named Ernest, whose set before a 12-year-old’s performance included songs exclusively about drinking tequila and blacking out. At this point I was beginning to get more squished within the sea of Party City cowboy hats, and the smell of bacon and liquor began to permeate as people got more angsty in wait for Mason.

The crowd, attire and energy at this show were best compared to a middle school dance. There was this tension of not knowing what to do with one’s body, because how do you dance to acoustic country music you didn’t come for while wearing a light-up cowboy hat? Of course, the crowd lost it when Mason finally came on, and this is when my cynicism peaked.

I would say that nearly everyone close to the stage had their phones at the ready for his arrival, recording on Snapchat, Instagram or just their camera app so they could make the decision of where to post it later. People were here — I hate to say it — for the irony of it all, the absurdity of taking time and money to go see what a product of internet culture has to offer. Being in attendance meant the ability to post a video of this child’s performance to get some attention, hoping for incredulous story replies along the ilks of “no way did u actually go to his concert?? lmao!!”

Mason (or whoever is managing him) has postured himself to feed into this; not two minutes after first walking on stage, he told the crowd, “If you don’t follow me on Instagram, yell!” And then, of course, he plugged his social media handles.

As for the show. Mason is a genuinely talented kid, and it makes me wish he could have found a career as a musician in a way that didn’t use him for the sake of internet irony. His voice is clear and strong, reminiscent of the old country artists he takes inspiration from. At times he was pitchy, but that’s to be expected of an artist who has yet to hit puberty. When he did the little yodel that made him so famous, everyone lost their shit yet again.

His discography isn’t the most fleshed out, but some of his own songs like “Twang” had the crowd singing word for word. There were fun covers, and I even submitted to a head bob when he covered Johnny Cash’s “Ring of Fire,” but as it got later and Mason had to take a quick pause to drink water while a spectator fanned him with a cowboy hat, I just started to feel bad about the whole thing.

My enthusiasm about covering this show stems from exactly the same motivation that made most people show up that night. It’s just funny and kind of ludicrous, but the joke seems to be at the expense of a kid whose team is either trying to help him transition to a serious music career or milk him for what he’s worth while he’s still relevant. All night I noticed that when people took videos of their friends, the ones being filmed would shrug their shoulders with a sort of embarrassed I-can’t-believe-I’m-here look, or dance in an over-exaggerated manner for the camera so as to say, ‘I’m so silly that I’m genuinely into this’ and then stop immediately after the camera turned off.

I stood in the back, ruminating about how this entire dynamic might affect this young kid and his development, the crowd slowly filing out following his signature rendition of “Lovesick Blues.” Suddenly, the notes of Lil Nas X’s “Old Town Road” began to play and everyone was, of course, reeled back in. Listening to this song for the 5000th time, watching the soft glow of dozens of iPhones bob to the rhythm as they filmed and watching this meme-child belt his heart out just to be reduced to a 10-second clip, I realized perhaps the Internet Was A Mistake.