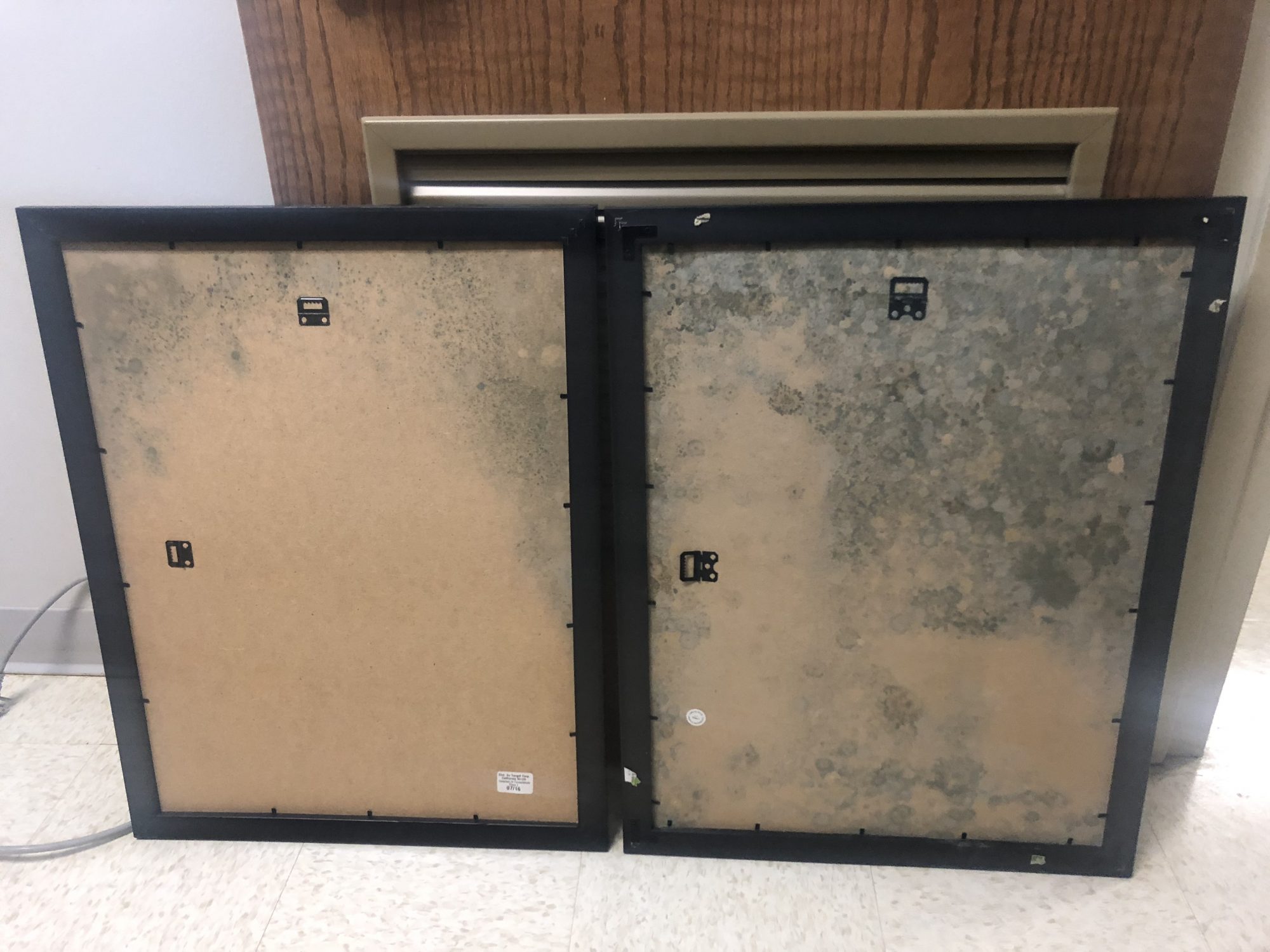 After a picture frame was removed from the wall in Woods Hall, mold spores were found on its back. (Photo courtesy of Umai Habibah)

The University of Maryland needs more public money; that’s something the entire community — from students to parents to maintenance workers to the university president — can agree on. The combination of profound need and considerable opportunity for success means forging a broad movement against higher education austerity should be the first priority of the entire university community. However, even if such a coalition managed to secure significant funding increases, another major problem would face us: intra-university inequality.

That is, even if we grew this university’s pool of resources, we would still have to divide that pool fairly. Currently, though it hardly needs to be said, we do not fairly allocate university cash — certain programs, majors and endeavors are generously funded while others are left in critical condition. There is considerable inequality within the university that must be shrunk, whether our overall budget grows.

A particularly infuriating example of intra-university inequality was detailed in a recent Diamondback story about the long-term mold issue in Woods Hall, home to the anthropology department. 15 faculty and students have reported mold-related health problems, from rashes to respiratory problems. One professor, Thurka Sangaramoorthy, says the mold has set her back $2,500 to $3,000. Anthropology faculty frequently avoid their own workplace, and when they have to regularly switch offices, it’s a drag on both their academic output and their ability to bond with colleagues.

The mold has been a problem for years — but the university has scrambled to address it with makeshift fixes. Don’t worry, though: Woods Hall is scheduled to be renovated sometime before 2030. Sangaramoorthy said, “Do I care what they do with that building? No. But I just don’t want to be in it.”

The intra-university inequality couldn’t be more clear. The anthropology department’s building is nearly uninhabitable and the university has been unwilling to invest the resources necessary to solve the problem more immediately. Meanwhile, we’ve either constructed or are scheduled to construct — if I’m remembering this right — approximately 9,000 new engineering buildings (including one called the “IDEA Factory”). Could you ever imagine the university allowing a mold problem to persist in the Iribe Center? Of course not.

Now, the problems of austerity and inequality aren’t as easily separated as I suggested earlier. A university that’s strapped for cash will have to make priorities — and they’ll usually prioritize the departments and endeavors that will produce wealthy donors. Thus, inequality grows between departments like computer science and departments like anthropology. What’s more, when public money dries up, private donors partially fill the void, and the preferences of private donors — often skewed toward flashy project related to business, STEM and athletics — are a huge driver of intra-university inequality. There aren’t many billionaires beating down the door to fully fund the Office of Civil Rights and Sexual Misconduct.

Nevertheless, a university rolling in public money could still see considerable inequality nonetheless — especially if, as is the case here, administration largely appears to share the worldview of private donors. That’s why good leadership is so important. We need an administration committed to funding departments according to need, not according to flashiness or profitability. Every department should have the resources to provide a world-class education and produce world-class research — from engineering and computer science to sociology and English.

If we are to seriously tackle this inequality, we must also decrease the power of administration and democratize a greater share of university governance. Democratic decision making, properly deployed, is the best way to ensure resources are allocated according to need. Why have officials try to guess what the university needs when we could just as easily communicate our needs through democratic institutions? Bodies like the University Senate — which include students, faculty and staff, and whose powers are mostly advisory — should be reformed and given considerable decision-making authority. And if current institutions prove insufficient, we should create new ones.

If we manage to tackle the twin problems of austerity and inequality, this university has a real shot at fulfilling its mission: transforming the lives of young people through education, while changing the world with its visionary scholarship.