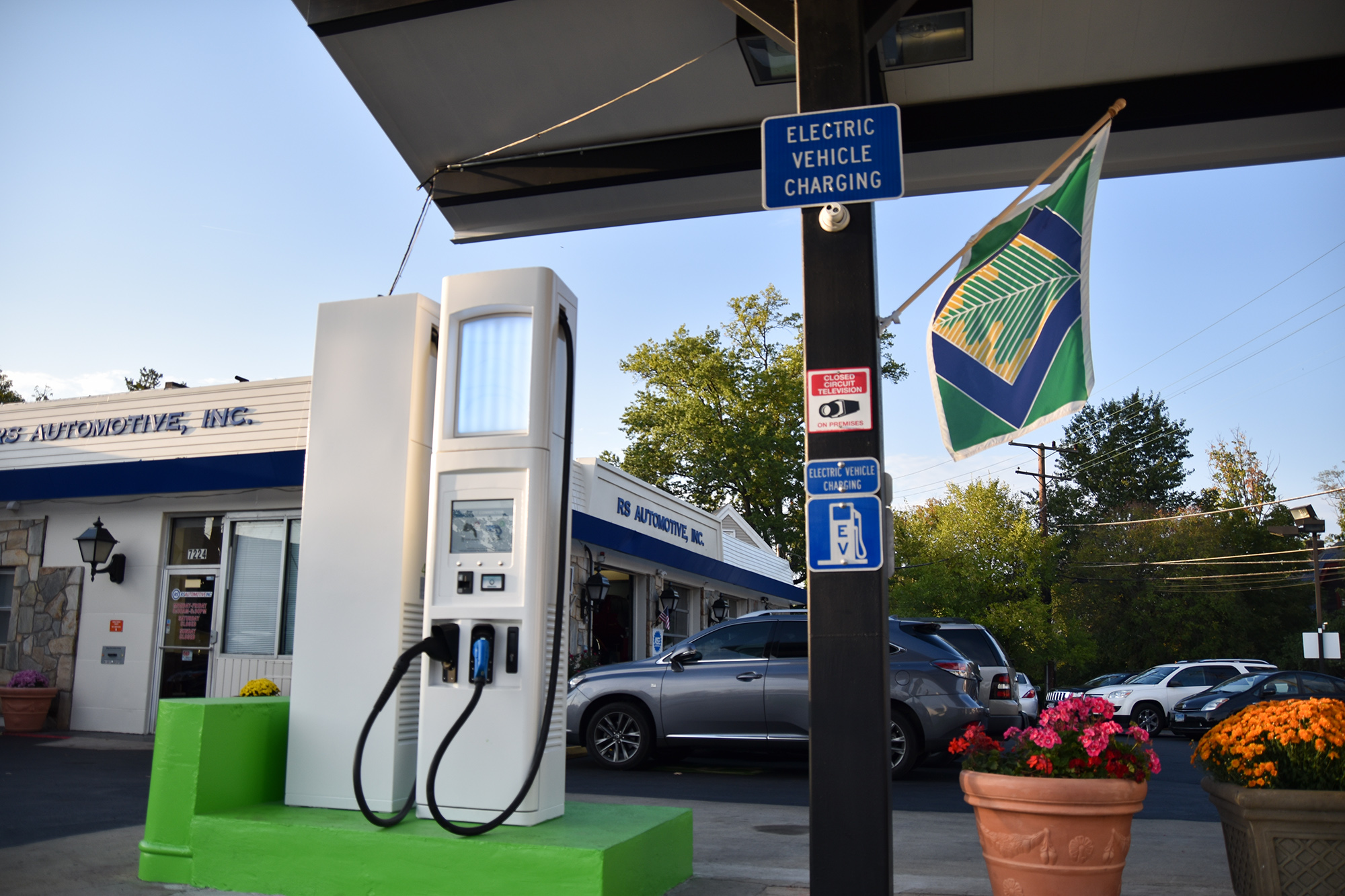 TAKOMA PARK — It started at the Doleys’ dinner table. They were having chicken and rice.

Depeswar Doley, a Takoma Park resident since 1986 and owner of RS Automotive, was talking through plans for his then-gas station when his teenage daughter perked up at the thought of adding electric chargers to the facility.

“Dad, you got to do this,” Doley remembers her saying. “This is good for the environment, our generation.”

Doley was convinced. For the last two years, RS Automotive has only functioned as a repair shop — Doley nixed the station’s gas pumps in 2017 and removed the gas tanks under the facility a year later.

The station, which is about a 13 minute drive from College Park, joins other local electric-charging options, including more than 30 charging spaces at the University of Maryland, and others at College Park’s Davis Hall and the city parking garage.

Since the station re-opened, Doley said he’s had drivers stop by from all over the area, including Washington, D.C., Gaithersburg and Columbia. Takoma Park residents have also reacted positively, Doley said, some even calling him to compliment his decision.

Doley hopes to draw business from D.C.’s electric cab company. He said he’s already had a few drivers stop by, and they’ve praised the station.

“These guys are very grateful, you know, it’s a nice feeling,” Doley said. “I talked to them, and you know, respect them. And they don’t get any respect, you know.”

Doley said that cars typically take between 20 and 30 minutes to charge to 80 percent battery power. And for now, drivers can charge their vehicles for free. With funding from the Electric Vehicle Institute, Doley has added a waiting lounge to the station, complete with leather seats, mints and soft music.

And soon, drivers will be able to input their cell phone numbers at the stations to receive a text alert when their vehicle is fully charged, Doley said.

Ryan Naehr, a senior chemical engineering major, doesn’t have an electric car, but he was still excited to hear Doley’s station had transitioned to electric power. However, he said there’s work to be done to make Maryland’s power grid be operated more sustainably — according to the U.S. Department of Energy, electricity is partially generated by burning coal.

“We need to make sure we’re having carbon-free production energy production, as well,” Naehr said.

Andrew Rosenblatt, a freshman mechanical engineering major, has had a Tesla Model 3 for a little more than a year now. He recalled the exact date it landed in his garage — July 7, 2018 — without a second of hesitation.

While his car is parked at his home in Florida right now, Rosenblatt is planning to drive it 1,000 miles to campus next year. But, he doesn’t anticipate heading all the way to Takoma Park for RS Automotive, since there are a number of charging stations around campus and another near Whole Foods Market.

But that doesn’t mean he isn’t excited for the station’s conversion from gas.

“I hope that it represents a change coming to other gas stations,” he said. “Hopefully other stations will catch on and do the same.”