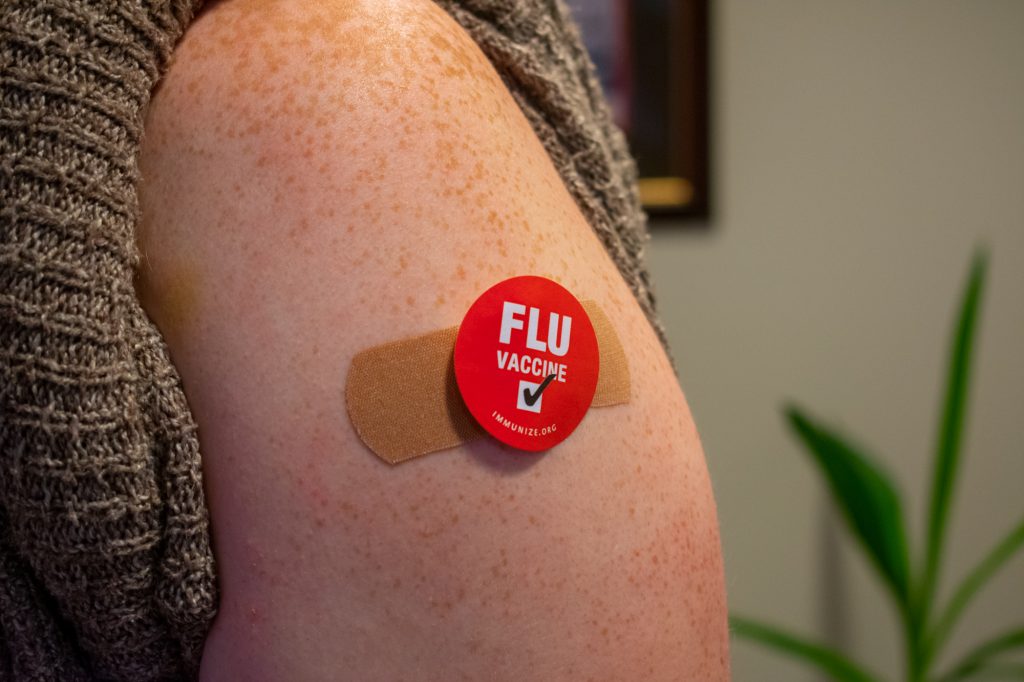 It’s common to see reminders to make an annual flu shot appointment at the beginning of October. But University of Maryland researchers are working to craft a vaccine that lasts for more than a year.

Xiaoping Zhu, associate dean for the Virginia-Maryland College of Veterinary Medicine and the chair for the veterinary medicine department at this university, is the principal investigator behind a “universal flu vaccine.” While current flu vaccines are seasonally tailored to anticipated strains of the influenza virus, Zhu is working on a vaccine that could counteract all of them.

Last year’s flu vaccine was only 29 percent effective, according to the Centers for Disease Control and Prevention. But Zhu and his team of researchers from this university are aiming for a vaccine that protects 75 percent of those who get vaccinated.

Rather than a shot, which is injected into the muscle, the universal vaccine would be administered in a mist form, intranasally — traveling through the nose and into the lungs.

“The nose and mouth might actually be, in the case of influenza and other respiratory viruses, … a place where the virus first comes in contact with the host cell,” Erbelding said.

A mist could also mean wider public acceptance of treatment, she said, since some people don’t like shots. The seasonal flu mist is only approved by the CDC for children older than two-years old and 49 years old or younger, Zhu said, but the excluded populations are “high risk.” The universal flu vaccine wouldn’t have this restriction.

Scientists from the World Health Organization worked in February to identify what strain of flu would affect the public come flu season. But vaccine production doesn’t happen until months after that, Zhu said. By the time the vaccine reaches the people, the strain could have “radically changed” — and the vaccine may no longer be effective.

While the virus changes seasonally, the stem region of the hemagglutinin protein — the macromolecule that attaches to respiratory cell — remains fairly constant, Erbelding said. The universal flu vaccine focuses on that “conserved region,” since the “head region” constantly changes, Zhu said.

“When we’re looking for a protein that’s conserved amongst viruses, that would be a good first place to look,” said Megan Levy, a senior animal science major who works in the lab.

The universal flu vaccine protected 80 percent of mice in the lab, Zhu said, and ferrets are next for testing.

Ferrets might be the best animal model for flu research, Zhu said, because unlike mice, ferrets can cough and sneeze like humans. If all goes well during the ferret testing, Zhu said he will be the first to take the mist in the clinical trial.

Understanding animals can give insight into the way that the human body works, Levy said. And since influenza can travel between animals and people, it’s not difficult for the virus to spread.

“Anytime there’s an outbreak of flu, there’s some possibility that it’s highly pathogenic,” Levy said. “And so, if we could create a vaccination that addresses all forms of flu, we wouldn’t have to worry as much.”