Review: Summer Walker’s debut album is a narrative of my Tinder escapades 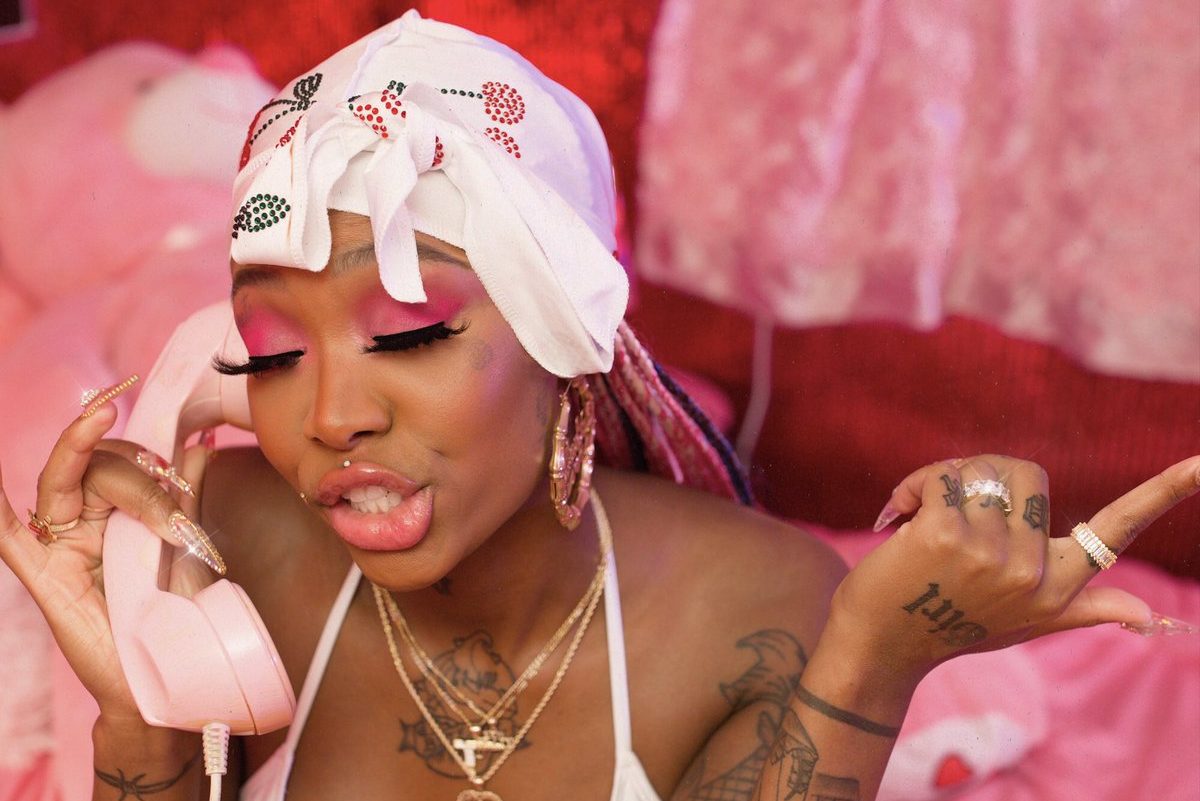 Summer Walker released her debut album 'Over It' using a strong pink aesthetic for the cover art (Photo via Wikimedia Commons).

It’s 3:34 a.m., and I’ve given up on chemistry homework. Instead, I’ve resorted to swiping restlessly through Tinder and listening to Summer Walker’s debut album, Over It. My lifeless body and half-shut eyes beckon me to bed while my thumbs ache from swiping left on a collection of half-assed profiles. Walker’s voice blares in my headphones, and as I snack on chocolate-covered almonds and wait for the sun to rise, I feel both invincible and needy.

This review is not like any other review I’ve written. An amazing, creative album like Over It deserves an out-of-the-box review, so I’ve decided to critique it using recollections of my recent excursions on the infamous Tinder.

Many probably heard of Summer Walker after the Drake remix of her song “Girls Need Love,” which reached No. 37 on the Billboard Hot 100. The track currently has over 80 million streams on Spotify.

The 23-year-old singer is slowly making a name for herself with her mellow vocals and unique take on R&B. Each of her songs are crafted with care, acting as perfect unions of indie themes and R&B beats.

Over It features 18 tracks with common themes of love and sexuality. The album opens up with the titular song, a sexy ballad about Walker’s desire for a man who can handle her brashness and confidence.

Walker sings “You a man, you say you the man (Oh)/ You say you ’bout it, you say you got it planned (Oh).” Her lyrics bring me back to times when I’ve matched with guys who were all talk and no substance. I’m over those matches, and now I just read those long messages of flattery for shits and giggles.

On the contrary, “Drunk Dialing…LODT” is a sappy tune about falling victim to the consequences of infatuation under the influence of alcohol. Walker sings about her urge to hit up a terrible, horrible, no good, very bad lover while drunk off Patrón.

Walker sings “It’s 3:34 and I don’t need no more/ You can call it what you want, but I’ma call it dumb” and “Make me think I want you when I don’t and I know this/ Know that you a dog, you always do me wrong/ But it made me wanna call you like I’m on one and I want some/ And I need you to come over.”

There’s something about the tranquility of the song and Walker’s smooth vocals that make me feel nostalgic about those few Tinder matches I thought I had a chance with. “Drunk Dialing…LODT” had me reminiscing about past dates and made me realize that though I pride myself on being a strong and independent woman, deep down, I just really want someone to shower me with affection and attention.

Out of all the tracks in Over It, my favorite is the extended version of “Playing Games” featuring Bryson Tiller. Walker begins the song singing “Whip, bought it/ Crib, got it/ Job, on it,” which emanates major badass-chick vibes and reminded me of the chorus in Ariana Grande’s “7 rings.”

I was already a fan of Summer Walker, but after Over It, I’m a mega fan. Maybe it’s because I’m always put in a trance when I listen to her sing, and I’m able to resonate with her lyrics about wanting and hating love at the same time.

I’m looking forward to listening to her future projects, and I’m secretly hoping she’ll collaborate with H.E.R and SZA in the future — just imagine the power in that.