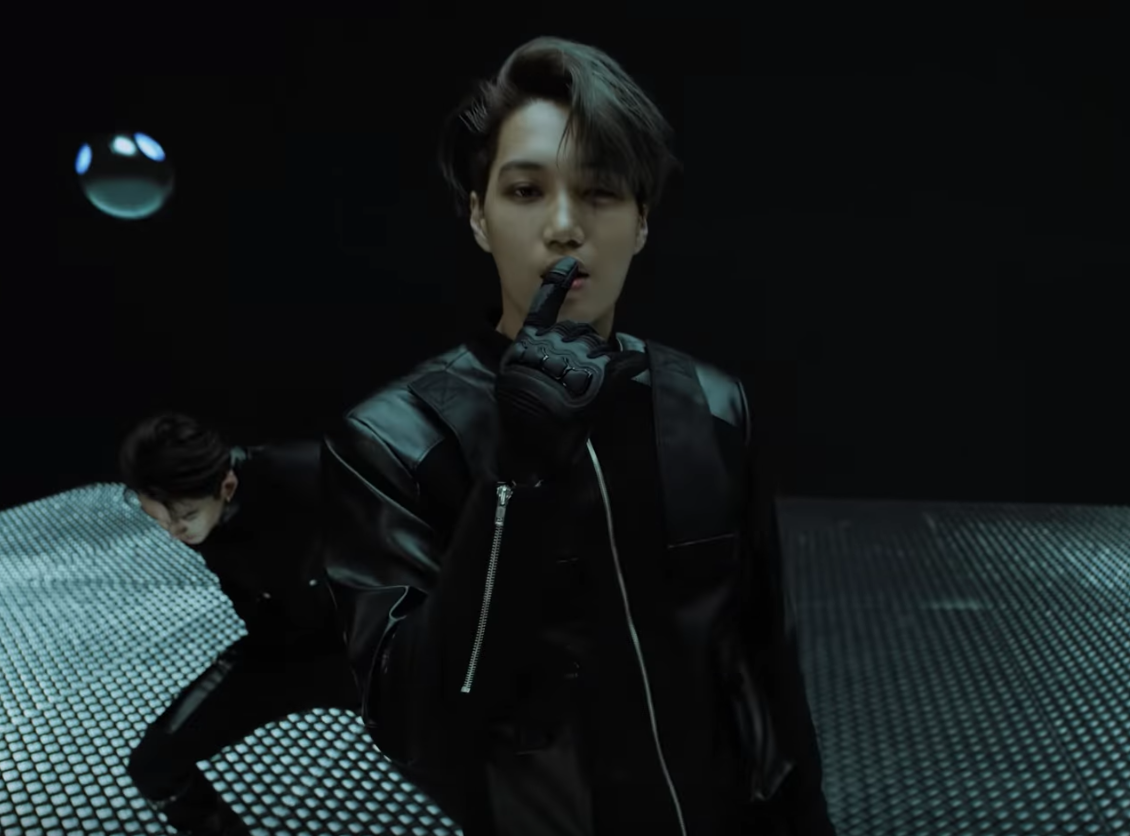 Kai in SuperM's music video for "Jopping" (Photo via YouTube.)

I wanted to like this, I really did. But much like star-studded films of the Valentine’s Day variety, the premise of SuperM’s first mini-album was too good to be true.

SuperM is a K-pop group created for the American audience, a foray into breaking into the Western music scene, and probably built with an underlying hope to be the next BTS. SM Entertainment and Capitol Records got the best of the best for this group, with members from some of the biggest names in K-pop right now: Taemin from SHINee, Taeyong and Mark from NCT127, and Kai from EXO, to name a few.

I was excited for this project, and happy that the group is more immediately available to an American audience: that means more content, and we love that! I’m sure SM Entertainment pulled out all the stops for this, since they’re even taking some members away from touring for their other groups to promote for SuperM in the United States.

But, unfortunately, the music is just meh. The first track on the album — the song they seem to be pushing as their ‘hit’, “Jopping”  — is chaotic and feels unorganized. There are elements of it that are good, but when they put all those individual elements together it doesn’t work together. It’s like it wants to be a melodic anthem and be a techno EDM bop at the same time. This song is having an identity crisis and so am I after hearing it.

I even watched the live debut of their music video for “Jopping” on YouTube — the first time I’ve ever done something of the sort — and that too was extremely underwhelming. The Q&A that preceded the video premiere was cute, of course, and it was fun to hear the inside secrets of the group such as how Baekhyun learns dance moves solely by watching others.

The video itself, however, while visually intense, was nothing out of the ordinary. After all of the hype and all of the trailers that looked aesthetic and meaningful, it just fell flat. It felt like there wasn’t even a concept for the video other than a shallow “OK let’s look cool and futuristic in a desert and don’t forget the lasers”.

Please, don’t get me wrong though, the boys did a great job. They’re all super skilled and talented, which is why they were chosen for this group in the first place. They danced, sang and performed well. But I think their production company really let them down on this project — so far at least.

The music is fine, it’s just not special. The style they want to convey seems to be intense and hardcore, or as us kids would describe it “lit”. What gets me is that it’s JUST fine, and not amazing.

I’m flabbergasted that it’s been almost a whole week since this mini-album came out, I’ve listened to it multiple times, and I STILL don’t remember any of the songs. Absolutely NOT ONE of them got stuck in my head at any point in time. I can barely remember the titles of the songs or how they sound as I write this.

I’m just bummed. Maybe my expectations were too high, but this mini-album isn’t a new take on K-pop music or particularly noteworthy. I feel as if I’ve heard it a million times before. And because it’s a group that’s supposed to be breaking new ground with an American audience, I don’t think mediocre is good enough.

The only song I deem worth mentioning and could potentially recommend is “No Manners.” It’s smooth, grooving and is one of the handful of songs (ever) that makes me want to dance. This is the only song that feels cohesive and organized.

“I Can’t Stand The Rain” is one of those songs that’s trying to be everything and fails at everything. I give it credit because a small portion of the song seems to use a traditional Asian instrument (possibly the Erhu but I have very limited knowledge and cannot confirm) and it’s paired with some incredible falsettos from the guys.

But again, it feels out of place and falls flat because it’s so unrelated to the rest of the song. If they made one song that was built on this one motif I think it would’ve been really great. But instead, they just threw it into the middle of an electronic pop song hoping it would work.

I think what happened is that SM Entertainment wanted to go all out and make SuperM a guaranteed big hit, big success and figured the way to do it was to do everything in excess. However, this is one of those times when bigger is not better. Hopefully, their next release will tone it down a little bit or at least show that the group has figured out who they’re trying to be.