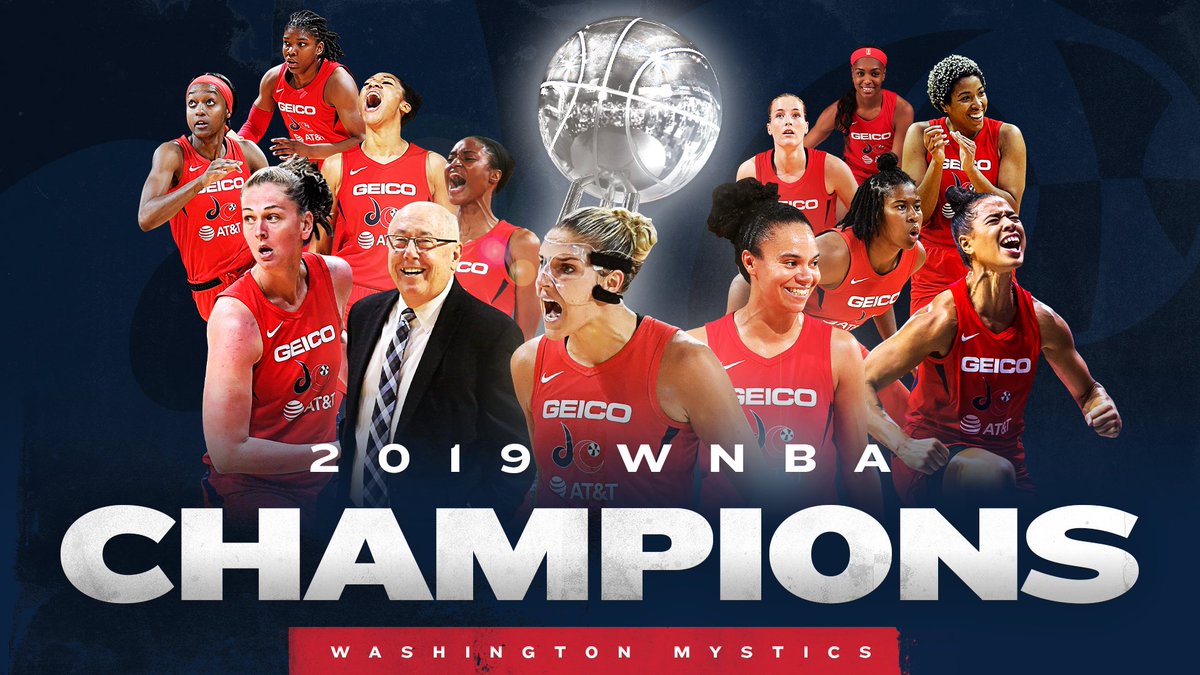 The Mystics won the 2019 WNBA Finals Oct. 10 for the first time. (Image via Washington Mystics/Twitter)

In the decisive game five of the finals, Toliver led the Mystics in minutes played, taking the court for 38 of the 40 minutes of the contest. In her time on the court, she scored 18 points, going 5/11 from the field and 7/7 from the free throw line. She also chipped in four assists and four rebounds to round out her stellar performance. Across the playoffs, Toliver averaged just over 14 points per game, 5.2 assists per game, and 1.7 rebounds per game.

The Mystics also featured former Terp Natasha Cloud, who transferred to Saint Joseph’s after her freshman year with Maryland.

On the losing side of the finals were former Terps Alyssa Thomas and Brionna Jones. Thomas had an impressive game five, in which she scored 21 points on 9/14 shooting in 37 minutes. She also had six assists and 12 rebounds in the game. Across the playoffs, Thomas averaged 16 points and 9.3 rebounds per game to go along with a shoutout from LeBron James. Jones only saw the court for six minutes in game five, but she scored 10 points across the playoffs.