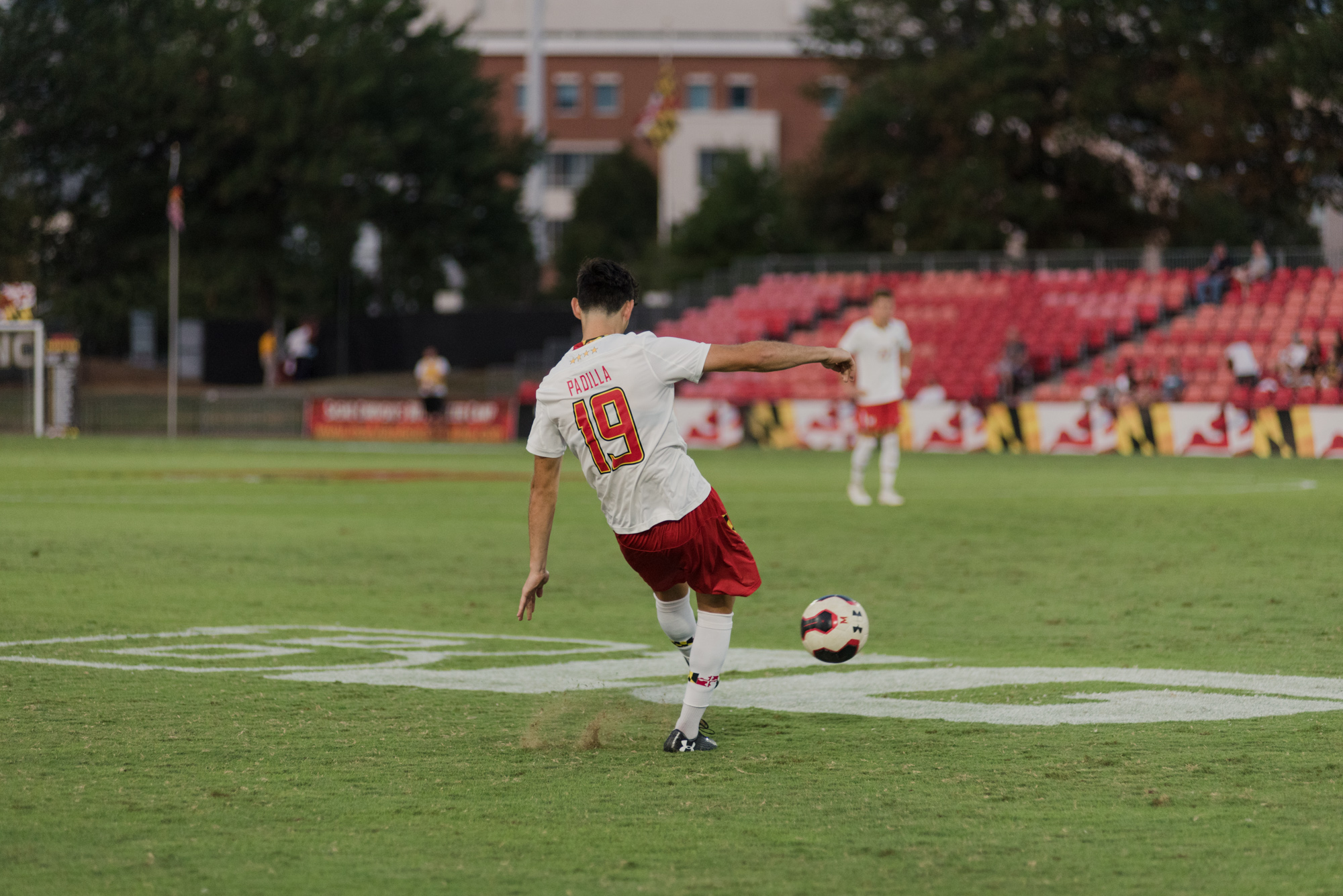 Maryland men’s soccer forward Brayan Padilla suffered a torn ACL in his left knee during warmups before Oct. 2’s match against Rutgers and he will miss the remainder of the season, the team announced Wednesday.

Coach Sasho Cirovski feared the night of the injury that it was a torn ACL, and an MRI confirmed those initial speculations.

“[The night] started tough,” Cirovski said after the match against the Scarlet Knights. “There was a lot of heavy hearts before the game.”

The sophomore is the second player that Cirovski has seen go down with a torn ACL this season after losing forward Paul Bin to the injury in August.

Padilla was sidelined for much of his freshman season in College Park with a stress fracture in his right foot that was undiagnosed at his prior stop, the Dallas FC academy.

This season, though, the sophomore emerged as one of the Terps’ most-lethal attacking players.

Over eight games, including seven starts, Padilla scored two highlight-reel goals. His first college goal came on Sept. 6 against UCLA, where he drilled a free kick from just outside the box to the upper-right corner. Then, on Sept. 20 against Northwestern, Padilla, while in full sprint up the field, delivered a goal with a strong outside-of-the-foot shot from beyond the box.

With those flashes, it looked as though Padilla was well on his way to being one of the Terps’ top scorers this season.

“I was really sad about him because I know he has big plans, and this program has big plans,” said midfielder David Kovacic, Padilla’s friend and roommate, after the Rutgers match.