Brayan Padilla’s free-kick goal vs. UCLA was everything Maryland soccer knew he had in him 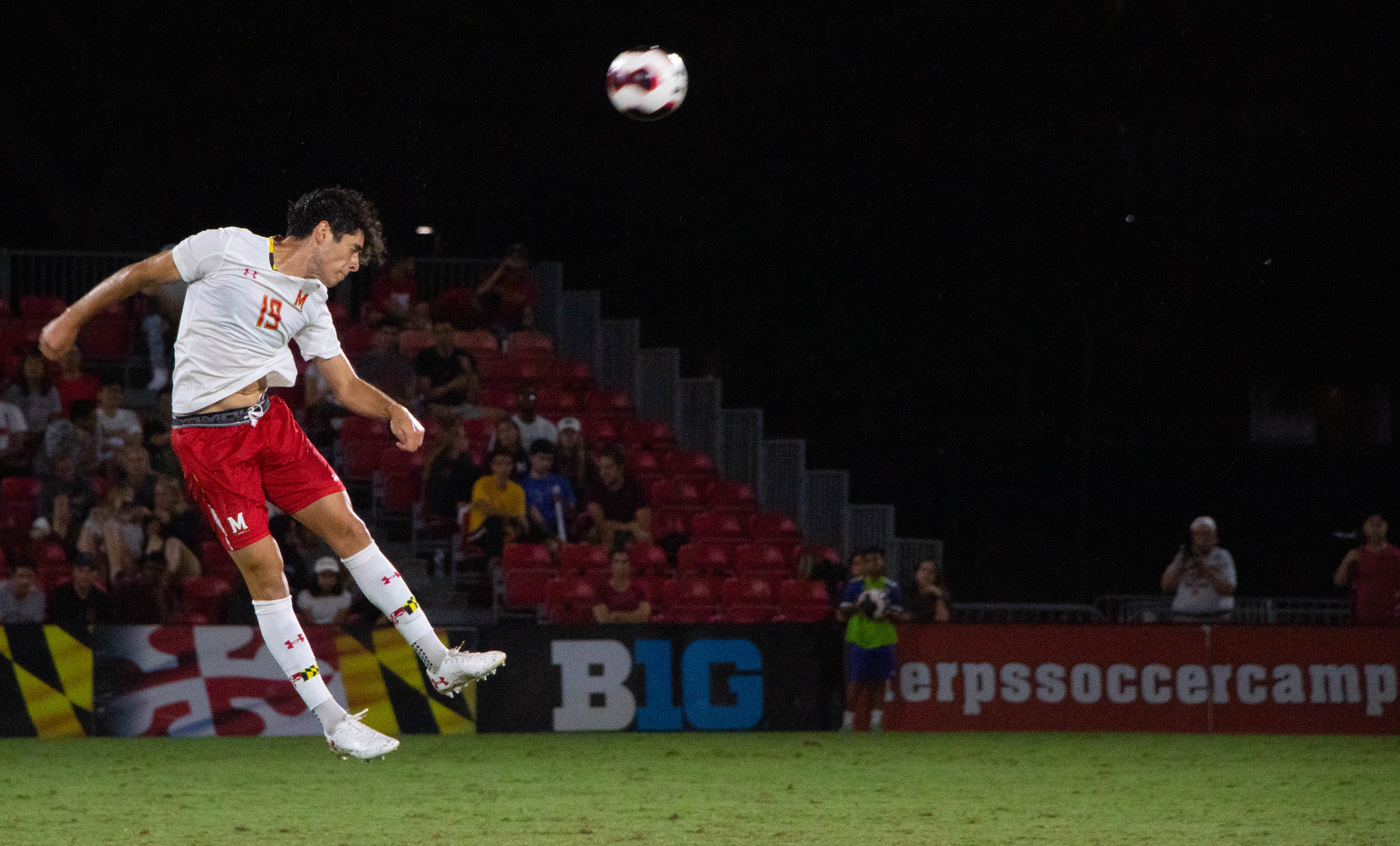 When Maryland men’s soccer forward Brayan Padilla arrived in College Park ahead of his freshman season, something didn’t feel quite right with his right foot.

The trainers at Padilla’s new home evaluated him and determined that a stress fracture in his foot went undiagnosed while he was with the FC Dallas Academy squad. The start of the forward’s college career was suddenly put on hold.

Padilla’s injury sidelined him for the first nine games of the 2018 season and prevented him from ever fully discovering his rhythm. But now that he’s fully recovered, Padilla’s confidence — and production — continues to grow.

“Now the rhythm, that part, is just starting to come back,” coach Sasho Cirovski said. “I think you’re going to see the best of him in progression throughout the season.”

In the Terps’ 3-2 loss to UCLA on Friday, Padilla offered a glimpse of the talent that Cirovski alluded to.

Top Drawer Soccer’s No. 58 recruit in the 2018 class lined up behind the ball on a set piece, calmly approached and delivered the shot to the top right corner to beat Justin Garces’ diving attempt to stop it.

With Padilla — a former member of the United States U-17 National Team — now fully healthy, the free-kick goal could serve as a precursor to future highlight-reel strikes, especially off his powerful left foot.

“Him being out last year was a big loss,” forward Justin Gielen said. “Having him this year, his creativity, the things that he can do with his left foot, it’s great to have him out there.”

Having Padilla’s confidence and production rise to a new level is especially important for this Maryland team as it navigates injuries to its top two returning attacking players from last season.

Forward Paul Bin was lost for the season with a torn ACL, which left a spot open on the wing, while midfielder William James Herve was taken out 12 minutes into the season opener due to an injury and has yet to make his return to the field. Padilla has seen minutes in both roles as Cirovski tries to offset the impact of those losses.

While he’s filled in for his hampered teammates, Padilla has used his injury as motivation to make the most of his time on the pitch. He knows how quickly it can be cut short.

“Looking back from when I was injured, I can relate to those guys that are injured now,” Padilla said. “And I think, ‘I should play and give it my all, because they wish they were in my position.’”

After returning from his injury last season, Padilla played just 94 minutes over six appearances. In that limited role, the Texas native recorded an assist but wasn’t able to find the back of the net.

“He’s a goal scorer. And when you haven’t scored a goal in a long time, it wears you out,” Cirovski said.

So Padilla entered his sophomore season without scoring a goal in an official game in well over a year.

But when he got his chance against the Bruins from just outside the box, he assumed the role of a veteran rather than a goalless forward. He stayed poised, delivering a left-footed laser to the precise location that left Garces without a chance to keep it from rippling the back of the net.

As Padilla’s confidence has grown, Cirovski has gotten to watch the young forward’s skill come to life in game action.

For the Terps’ opposition, that could be a lethal combination to deal with.

“[The goal] was a thing of beauty,” Cirovski said. “And I can see his confidence starting to grow a little bit, and it’s a massive weapon for us.”