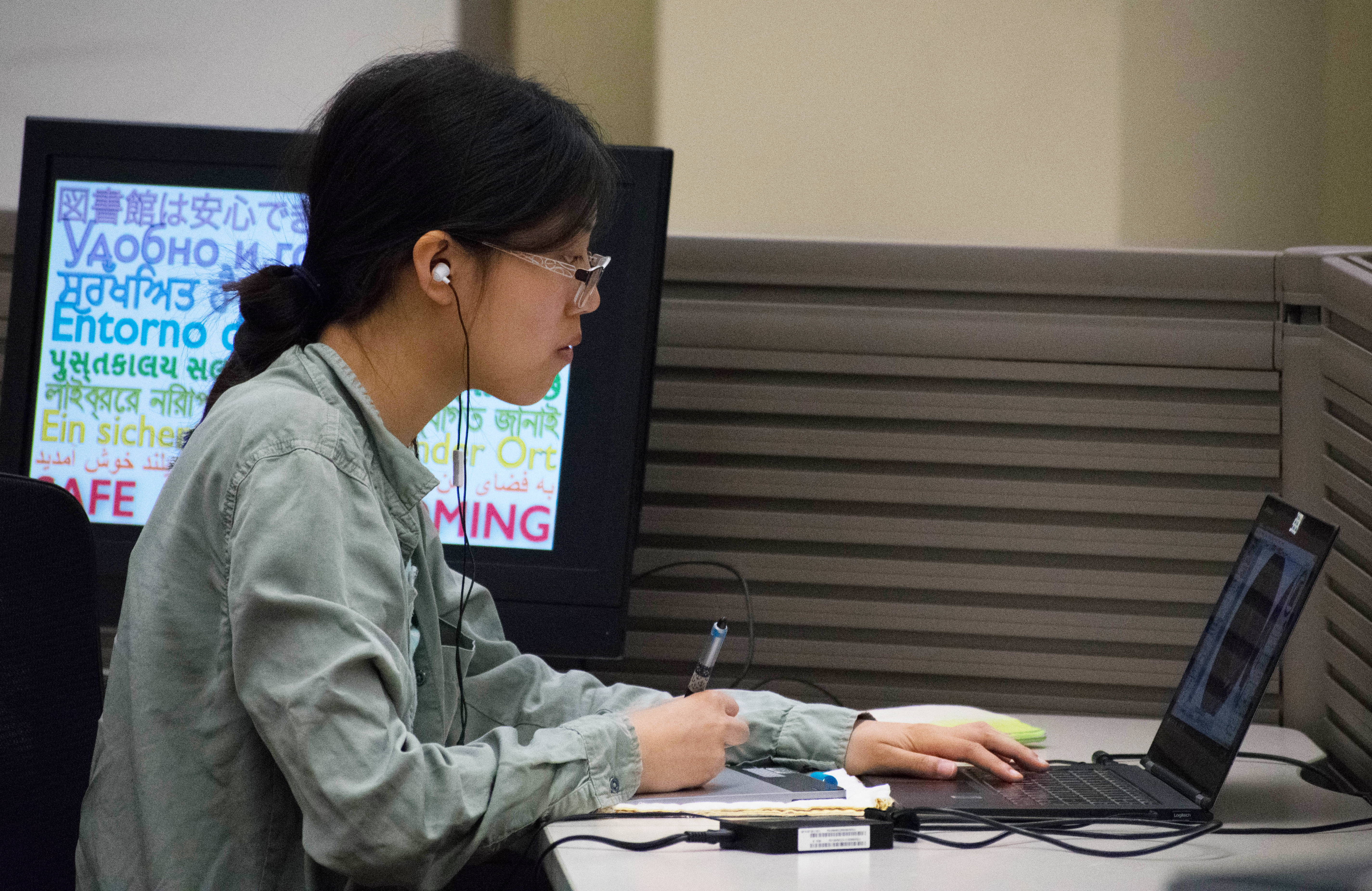 A student works on their computer in McKeldin Library. (File Photo/ The Diamondback)

An online advising tool that the University of Maryland first adopted last year for students and faculty is set to update to allow for more student access.

TerpEngage Advising — a facet of TerpEngage, an initiative developed last fall through the provost office’s Administrative Modernization Program — allows for advisers in different colleges to communicate and share notes about students.

Five different colleges across this university use the TerpEngage program, which currently allows students to make appointments online, Apitchaya Pimpawathin, the computer science department’s assistant director of undergraduate studies, wrote in an email.

In the next few months, the tool’s available facets will increase. Students will be able to view records and send messages, widening the channels of communication between students and staff.

“Once completely implemented, TerpEngage Advising should make navigating between advising offices much smoother across campus,” Pimpawathin wrote in an email.

The update, she wrote, organizes all student messages and documents with each adviser in one central location — making it especially useful for students with multiple majors or minors or who are in living-learning programs. Those students who have to maintain multiple advising appointments will also be benefitted. And an app is also being developed for students who don’t have easy access to laptops, Pimpawathin said.

Katelyn Habina, a junior history and social studies education major, said that keeping track of advising records for both of her majors is especially confusing.

“I honestly wish we had something like this in place already. I don’t understand why this isn’t talked about more,” she said. “I think if they’re moving to one system and one website just for advising now then it could save more time and be much more convenient.”

Habina, who has to meet with an adviser every semester for her social studies education major, said she thinks the tool will also help her with the frustrating scheduling process.

“A lot of responsibility falls on you to make sure you’re keeping track of this appointment, that appointment,” Habina said. “It’s much easier if I would just have to use one website rather than using a Google Calendar or something.”

Advisers will also benefit from the tool, with its full documentation of a student’s academic profile and accessible collection of notes from different advising offices.

[Read more: We placed heat sensors in every UMD dorm without A.C. Here’s what we found]

David Turner, an academic adviser in the computer science department said he’s satisfied with some aspects of the new platform, but because some of its features are missing, the process hasn’t become significantly easier yet.

“I think it’s necessary to have a tool where students’ academic records and advising notes are housed, especially for students who have multiple majors,” Turner said in an email. “But as an adviser I still have to use other UMD software systems such as Advise on the Web, uAchieve, and SIS” — tools TerpEngage Advising does not replace.

He also wishes the new system would have an option to send documents directly to a person’s email rather than having to use a separate messaging system. A future version of the tool will remedy this inconvenience, Pimpawathin said.

Ira Levy, executive director of the university’s Administrative Modernization Program, said that as the new program develops, it will increase overall productivity.

“If we’re taking up 20 to 30 percent of an advising period to try and wrangle together data from different systems, then we’re not delivering the full advising experience for students,” Levy said.

He said that although the work isn’t done, these changes are a step in the right direction.

“This remedies that in some regard,” Levy said. “It’s really what students deserve.”