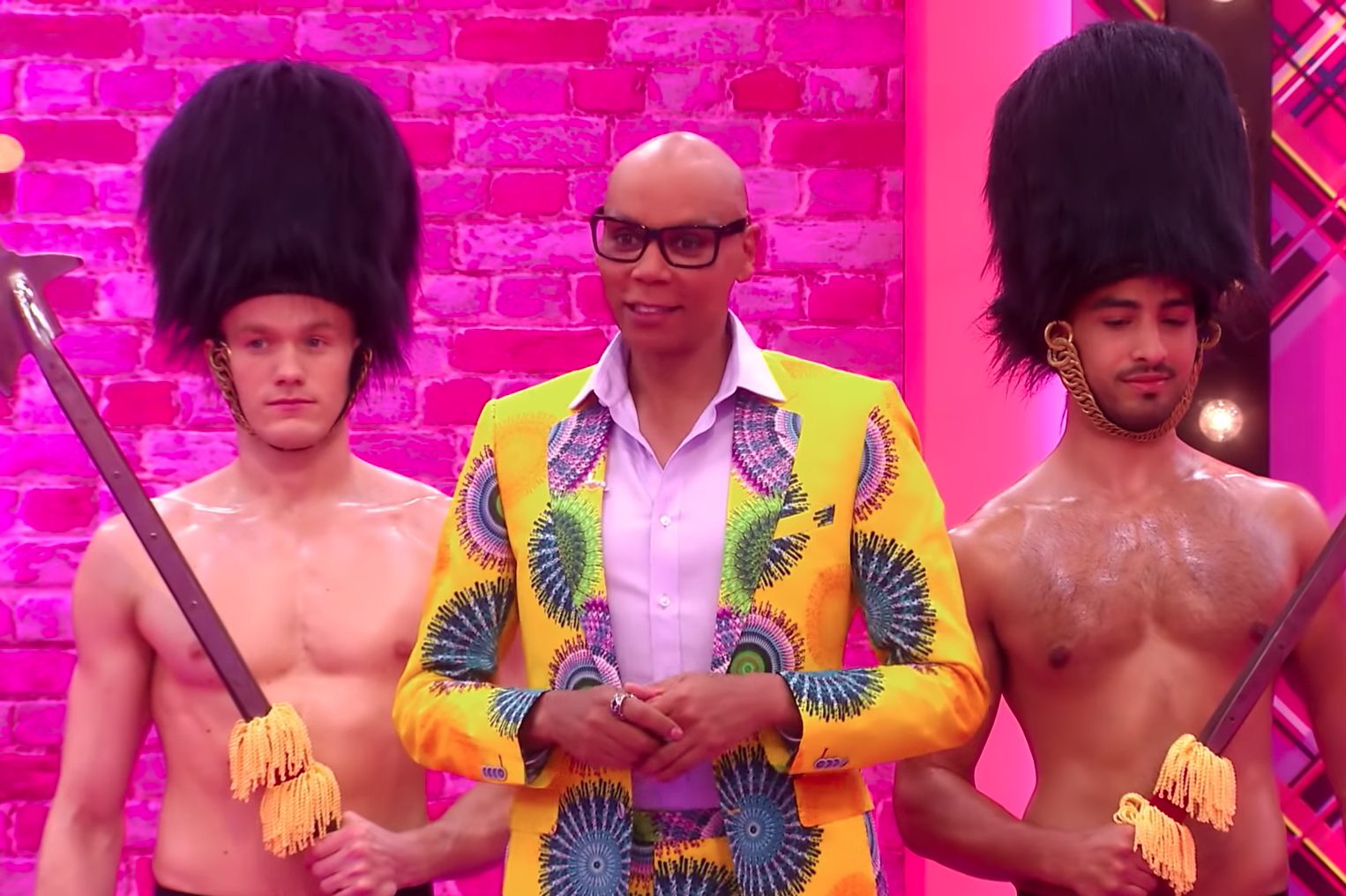 On the U.K. adaption of his show 'Drag Race,' RuPaul brought out shirtless men in Queen's Guard-style hats (Photo via YouTube).

If you know me personally, you know that I’m obsessed with RuPaul’s Drag Race. I’ve been watching since I was 13 years old, and I follow Ru — along with all of my favorite queens — on Instagram. When I studied abroad last spring, I binge-watched all 10 available seasons in three months.

If that doesn’t paint the picture for you, I’ll say that I created an account on WOW Presents Plus for $3.99 a month just to watch RuPaul’s Drag Race UK, which premiered on Thursday. Here are the biggest similarities and differences between the United States and the United Kingdom versions of the show.

This is the first season of the new show, and unlike other shows with international spinoffs, RuPaul himself is still the host and judge, along with his long-time best friend Michelle Visage. However, Carson Kressley and Ross Mathews didn’t make the cut — at least for the U.K.’s first episode.

Thankfully though, Ru’s outfits didn’t change in the slightest. As per usual, his workroom suit — this week a bright yellow number with green, purple and blue designs — was extravagant. Plus, her runway look was equally gorgeous. She wore her hair, classically platinum blonde, in a retro half-topknot, half-down style. She strutted down the catwalk in an 80’s-esque lime-green bodycon dress with huge shoulder pads.

“Tea,” “shade,” “squirrel friends” and “hunty,” I understand. I’ve even heard one group of contestants call another “Boogers” on season three of the US version. But “tuppence,” “slag” and “gob?” What is that? While watching the U.K. version, I was literally looking up some of the phrases they were pulling out because anything could mean anything on this show.

That’s not to mention that I had to turn on the closed captioning while watching because those accents were bloody hard to understand. Thank goodness for Crystal, who was born and raised in Canada, and had no real accent to speak of.

The first mini-challenge is always some sort of crazy photoshoot, and in the U.K. it was no different. The queens had to pose their bodies in a way so each girl’s decapitated head could be added onto the photo with a funny video message. Ru was having an absolute ball with their accents. He couldn’t stop laughing, even at the worst of them.

The main challenge, however, was a little different than usual. Typically the queens receive supplies and have to create their own outfits for the runway. It started with the famous “Drag on a Dime” challenge in season one where contestants used thrift store items to produce a look for the runway.

For the U.K.’s main challenge, the queens had to assemble two looks, one to resemble their hometowns and another to resemble the Queen of England. Though it’s not a hard-and-fast rule, a design challenge usually separates the most determined queens from the ones that crack under pressure.

This season also brings in the youngest and straightest contestant to ever walk the mainstage. Scaredy Kat walked into the workroom, made the other queens gag when she told them she was only 19 and had a girlfriend. Scaredy Kat has later described herself as bisexual, but on the show told the other queens she’s “not actually gay.”

And if you were looking forward to a drama-packed RuPaul’s Drag Race: Untucked! episode after this, you are going to be disappointed. The show contains a little sneak peek of the backstage action, but I guess these British ladies are too classy to threaten one another by saying “Bitch, I am from Chicago.”

The show still had the same killer looks, campy costumes and queens who will do anything to win. Now it’s time to see how the queens from smaller drag scenes measure up against those who have been doing this for practically their whole lives.