If you’re not watching Amazon Prime’s ‘Dragula,’ you’re missing out 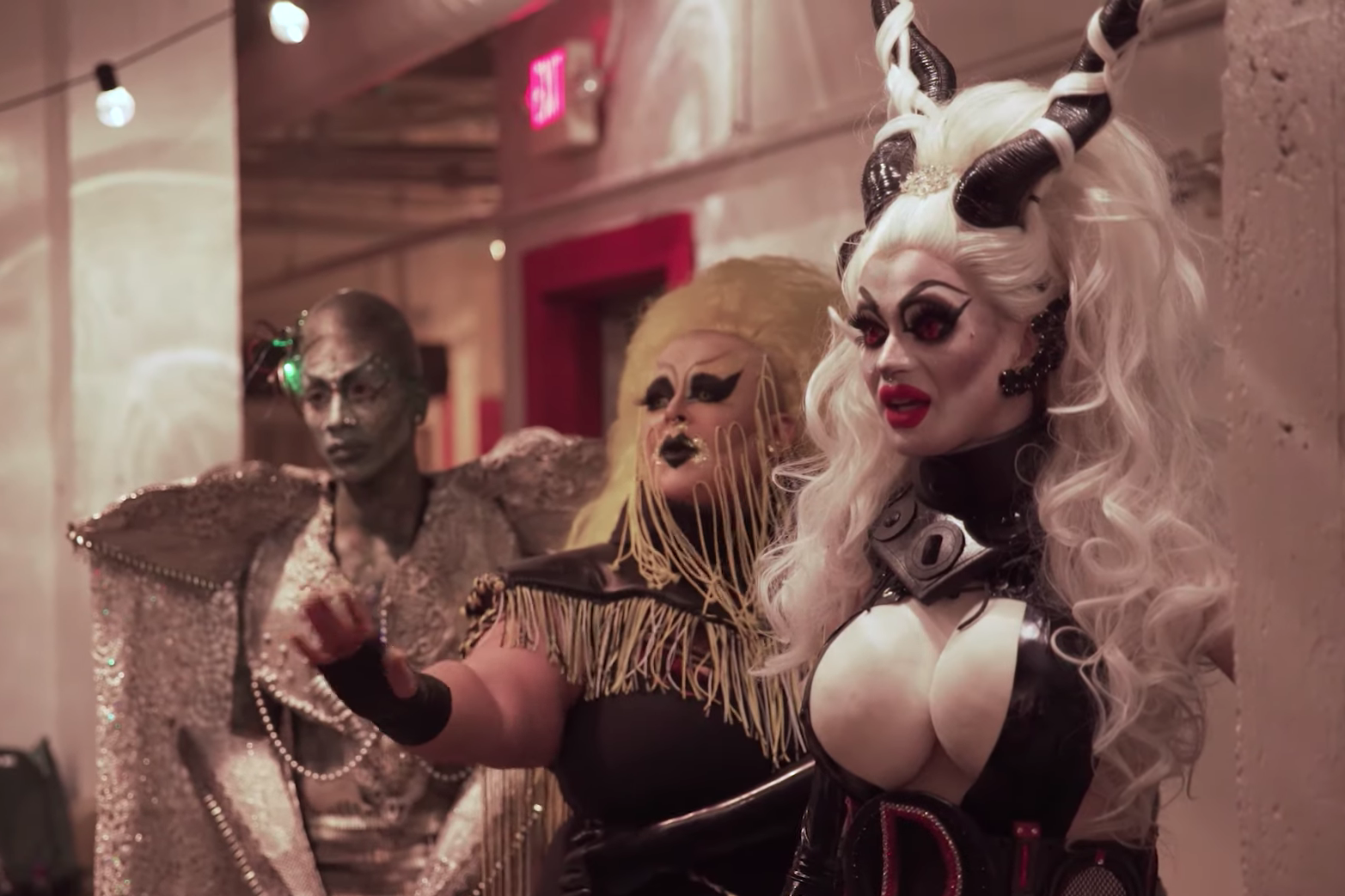 Season three of 'The Boulet Brothers' Dragula' premiered on Amazon Prime on Aug. 27, 2019 (Photo via YouTube).

Whether they’re on a Pepsi commercial, an informational video for JetBlue or The Bachelorette, drag queens are just about everywhere in mainstream media. But almost every featured queen is from the cult hit RuPaul’s Drag Race.

Many people don’t realize that drag is more than the polish and pink of Drag Race, and The Boulet Brothers’ Dragula displays the wide scope of alt-drag.

Dragula just released its third season on Amazon Prime, where the first two seasons are available for streaming. Although the dialogue between hosts Swanthula and Dracmorda Boulet is clunky at times, and the production may be less refined, the contestants on the show are as lovable and memorable as any group of Drag Race girls.

This season features the show’s first drag king Landon Cider and their first AFAB queen (Assigned Female at Birth) Hollow Eve, showcasing a side of drag that Drag Race has yet to delve into.

Dragula is the supervillain to Drag Race’s superhero. The Drag Race core principles of charisma, uniqueness, nerve and talent are the antithesis to Dragula’s pillars of horror, filth and glamour. The challenges are darker and gorier, where contestants might have to form a punk rock band or design a gothic bride look. Instead of competing in a “lip sync for your life” battle to avoid elimination, the bottom queens in any given Dragula challenge face an “extermination challenge,” where they might have to get a tattoo or have needles stuck into their skin to survive.

I have thoughts and predictions for the rest of the season based on the premiere, so beware of spoilers ahead!

Maxi Glamour: After landing in the bottom of the first episode, she’ll have a lot of work to do to stand out in the coming weeks. And without a clear vision of her drag style, she might find herself back at the bottom again soon.

Louisianna Purchase: Her promo look, entrance look and challenge look were all completely black. Although she says her style is inspired by the ‘40s and ‘50s, she doesn’t seem to possess enough range to keep up with the other queens.

St. Lucia: Called out early by the other contestants for not being as outgoing and for her lackluster entrance look, she might find herself out early if she can’t get along with her fellow drag artists.

Maddelynn Hatter: As the drag mother of season 2 runner-up Victoria Elizabeth Black, and drag grandmother of this season’s Dollya Black, Maddelynn has a lot to prove. But with a mouth that never seems to quiet, she might talk herself into some trouble.

Hollow Eve: Hollow’s entrance and challenge looks were some of the most terrifying, with their use of stapling their skin to amp up the horror. They definitely have some out-of-the-box ideas, but unless they can change it up, I don’t see them going all the way.

Yovska: Can the masked queen do anything beyond masks? Although her looks with masks are often ornate and elegant, I can’t see a queen winning the title of America’s Next Drag Supermonster without being able to beat her face.

Priscilla Chambers: Priscilla was in the top three of the first challenge with her grungy, Americana-inspired look. Her backcountry accent and over-the-top ambiance seem like the fit to get her far, but not far enough.

[Read more: Review: ‘Super Drags’ entertains, but to too small an audience]

Landon Cider: The competition’s first-ever drag king is creatively stylish and confident yet still humble enough to make it far in the competition without making many enemies.

Evah Destruction: You might know her from her viral clown performance, but Evah is definitely one of the more well-known queens going into the season. Her Maleficent-esque runway look was fire — her fierce drag and stellar wardrobe could help her make it to the finals.

Dollya Black: Obviously, the winner of the first challenge immediately seems like a front-runner. But Dollya has a lot going against her: She’s one of the youngest queens this season, she has to live up to the huge legacy of her drag mother and field the distraction of her motor-mouthed drag grandmother in the competition, so she could be in trouble. However, she has the poise, smarts and confidence to keep distractions to a minimum and easily skirt to the finals.

CORRECTION: Due to a reporting error, this article previously referred to Hollow Eve as a cisgender woman. They are non-binary. This article has been updated.