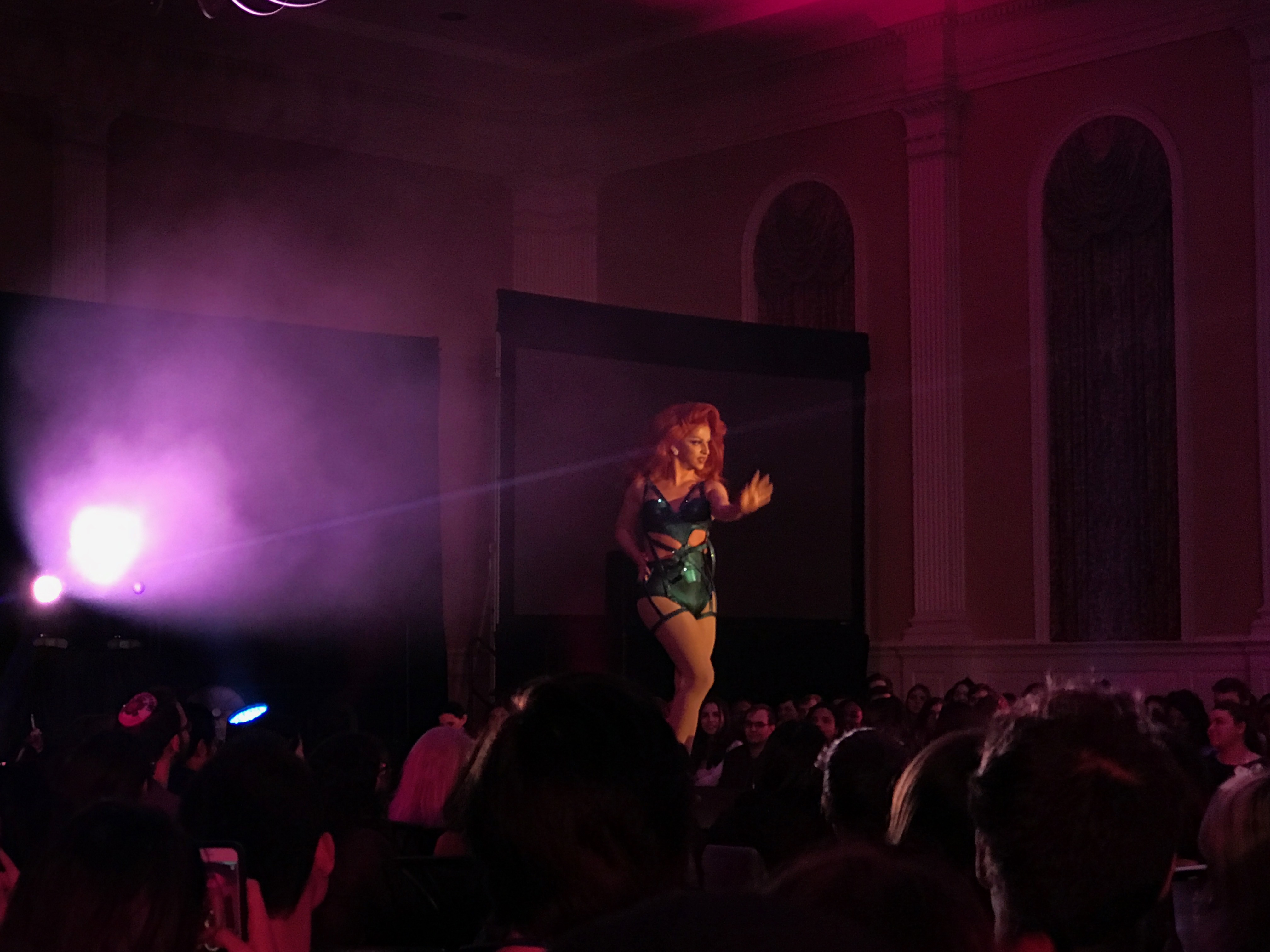 Three drag queens and one drag king blessed the University of Maryland with wild hair, sparkly outfits and fabulous dance routines on Thursday night, in a slightly jarring but extremely captivating show.

Miss Toto started the night, dancing in her robe to Ariana Grande and stripping until she was down to sparkly blue nipple covers and a thong. Miss Toto, also the host of the night, introduced the other performers. She announced to the audience she is an alumna of this university, yelling, “She’s not just gorgeous — she’s educated!” The crowd went wild.

NYX Professional Makeup was one of the sponsors for the event, and students were able to get free makeup and lipsticks at the event. Elsi Espinal, a junior animal sciences major, said she loves makeup and looked forward to seeing Miss Toto the most.

“I’ve been following her on Twitter and she’s really talented. She’s a bodybuilder by day and drag queen by night, and she’s really artistic with her makeup,” Espinal, who also came to last year’s show, said.

Drag king Maxxx Pleasure followed Miss Toto’s performance, wearing an edgy, rockstar-looking dress suit. He performed a few rock songs and was slightly scary in his facial expressions and dances, but was fun to watch and hard to look away from.

Miz Cracker headlined the show and performed in a fantastic red wig, and a blue, sparkly bodysuit. When she did a full split while dancing to Aretha Franklin’s “Respect,” the crowd erupted in applause and cheers.

As Miz Cracker said in an interview before the show, drag is a wonderful way to make people uncomfortable and put them into the unordinary.

“I think it’s very important to make people comfortable all the time because life is so hard … but [in] drag we take a break from that, and we make people uncomfortable so that they question things,” she said.

The drag stars engaged the audience throughout the whole show — every performer was great at interacting with the students. Audience members came up to the performers on stage and handed them dollar bill tips.

“There is no wrong time to tip a drag queen — we are always desperate,” Miz Cracker joked during her performance.

The performers were not afraid to be themselves on stage. It was freeing to watch another person let loose without reservation. The drag queens gave the audience the feeling of confidence and empowerment, just by seeing another person be so proud and unafraid of who they are.

“For a drag queen being on stage, it’s the best part of their life … it’s a place where you can do what you want,” Miz Cracker said. “Nobody can bother you or tell you what to do, and you’re very free.”