Maryland needs a better steward of the environment than Larry Hogan 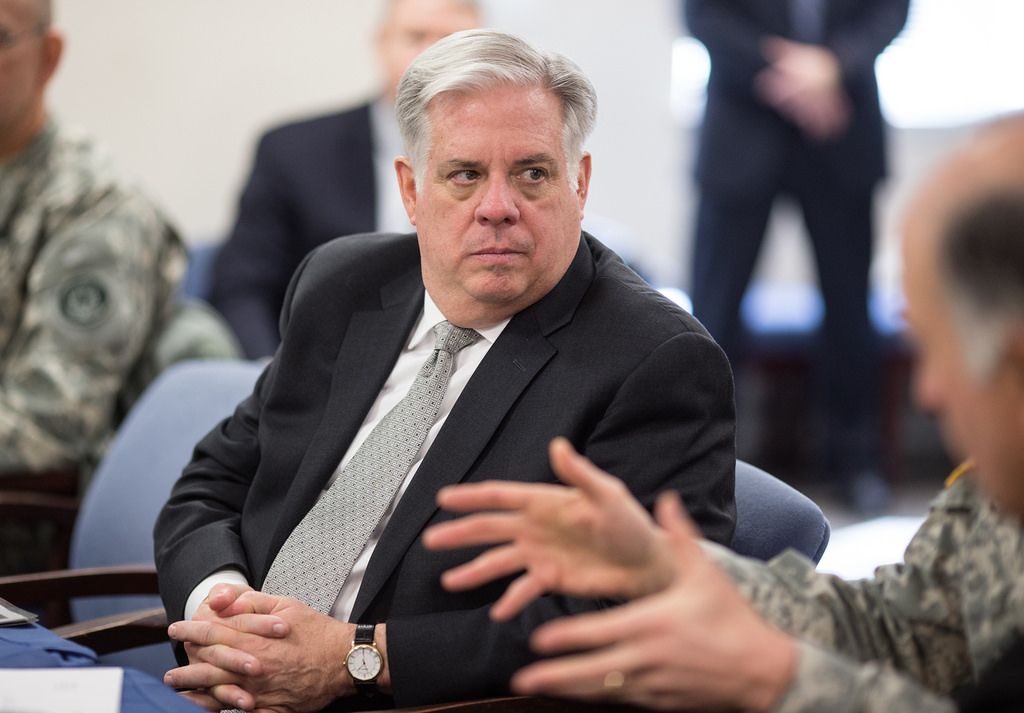 When Larry Hogan first ran for governor in 2014, his candidacy seemed improbable. He was running as a Republican in a blue state, and there had only been one other Republican governor in Maryland in more than 40 years.

Nevertheless, Hogan gained popularity running on economic promises, and he spread fear about environmental measures such as the stormwater remediation fee, which he called the “rain tax.” The fee discouraged impervious surfaces like parking lots that harm the Chesapeake Bay and raised money that could be used for cleanup projects.

Hogan’s distaste for this program wasn’t just a one-off — it was the beginning of a long record of anti-environmental policy during his time in office.

Though Hogan is lauded as a middle-of-the-road champion of bipartisanship among his supporters, he has often failed to work with Democrats in the General Assembly, especially when it comes to solving the state’s pressing environmental issues. On many occasions, he has vetoed or refused to sign important pieces of legislation that passed through the House and Senate.

This past spring, the state legislature overrode several of Hogan’s vetoes, including one for an important oyster sanctuary and restoration bill. Oyster populations in Maryland have dropped to only one percent of their historical size. Protecting and restoring habitats is important both for the health of the economy — since revived oyster populations will sustain the jobs of fishermen — and the health of the Chesapeake Bay, as oysters work as a natural filter. Though the bill only protects five out of 60 oyster sanctuaries in Maryland and was widely approved by conservation groups — receiving bipartisan support — Hogan vetoed it, claiming it was bad for business and somehow “bad for the Chesapeake Bay.”

Hogan also neglected to sign a ban on styrofoam, a policy that was advocated for by groups such as Trash Free Maryland, the Sierra Club and Environment Maryland, as well as student groups such as MaryPIRG’s Save the Bay campaign. In 2017, Hogan scrapped former Gov. Martin O’Malley’s zero-waste plan, adding his opposition to these bills to a growing list of inaction on the pollution problem plaguing our watershed.

Similarly, Hogan never signed The Clean Energy Jobs Act, which came into law without his signature in May. CEJA is Maryland’s most ambitious renewable energy legislation to date, and it helps establish a just transition from the dirty energy sector, providing funding for small, minority, veteran and women-owned businesses. He responded to CEJA with a task force that plans to maintain trash incineration and other forms of dirty energy as “tier one” renewables in Maryland. And this comes at the same time Hogan has begun to push a Beltway expansion plan, which, as I have written in the past, will increase emissions and do nothing to combat traffic in the greater Washington, D.C., area.

Advocacy groups aren’t happy with Hogan’s inaction on climate. 26 groups submitted a letter Wednesday, calling on the release of his Greenhouse Gas Reduction Plan, which was legally mandated in a 2016 bill and due by the end of 2018. This plan is long overdue and it is reveals Hogan’s complacency on climate change, even though he has positioned himself as a “climate-friendly” governor.

Climate change is already beginning to be felt in Maryland, and Hogan’s resistance to climate solutions may make these problems — ranging from severe storms threatening homes and infrastructure to droughts that could devastate crop yields — worse in the coming years. Maryland is said to be among the states most vulnerable to the dangers of the climate crisis because effects will impact all sectors of the Maryland economy.

In the next century, Maryland will completely change, as sea level along the coast expected to rise from 16 inches to four feet. Increased instances of flooding will put low-lying areas like Annapolis City Dock and key beach habitats at risk. Maryland will feel like Mississippi, with both the associated heat and bugs, as additional generations of mosquitoes and ticks appear due to shorter winters and longer summers.

Taking action now could prevent the worst of these predictions from coming true — and it could also mitigate against the effects already underway.

But without bold leadership from Hogan, things may get worse for Maryland farmers, fishermen and other Maryland residents. Hogan hasn’t been the bipartisan figure he makes himself out to be, and his track record on environmental measures is more than disappointing: His actions may produce long term harm to the environment, public health and economy of Maryland.