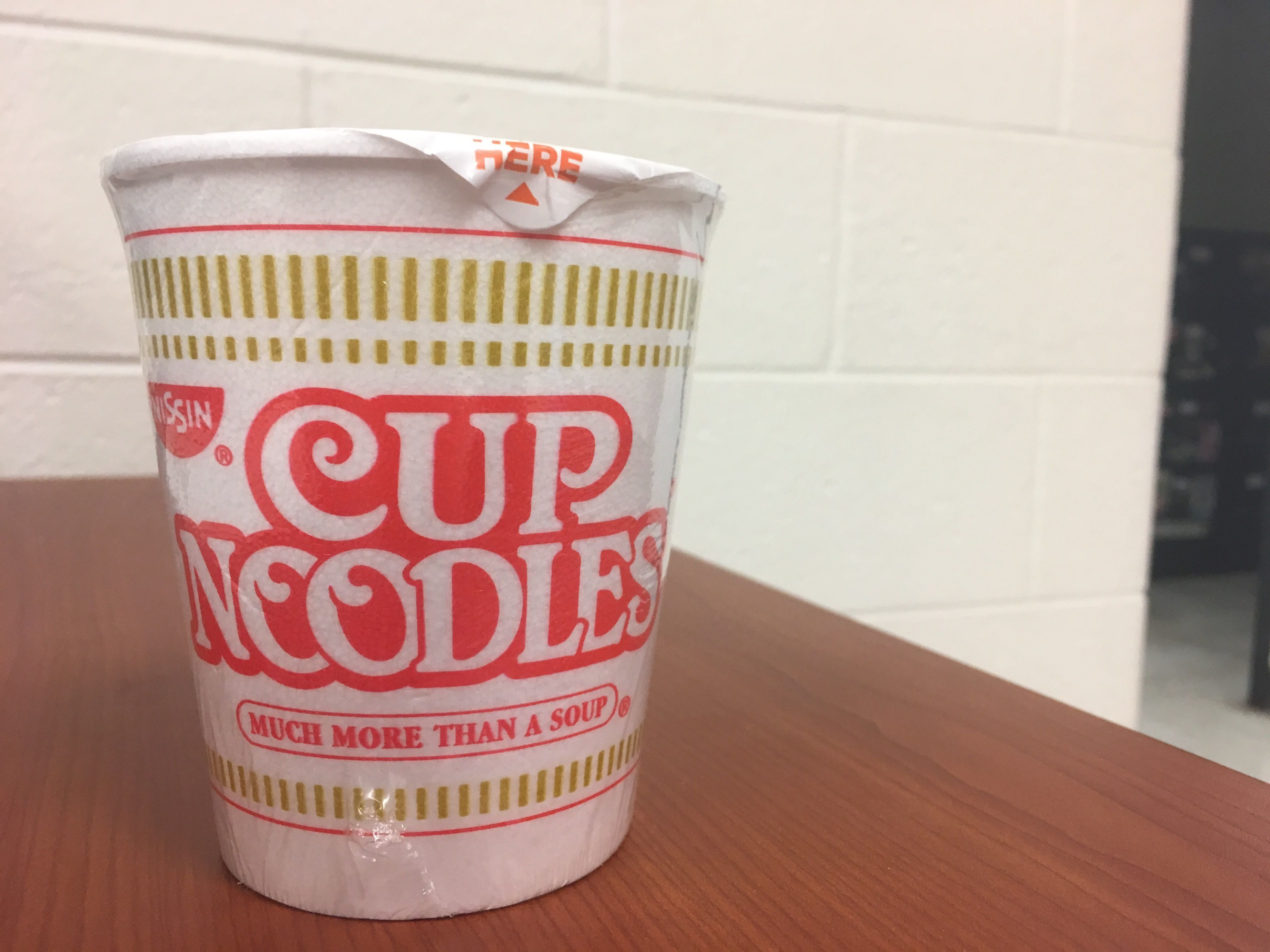 State legislators are considering a statewide ban on Styrofoam, a foamy white plastic often used in the restaurant industry. (Leah Brennan/For The Diamondback)

As Styrofoam bans have taken off across Maryland in recent years — Montgomery and Prince George’s counties banned it in 2016, and the University of Maryland stopped using it about five years ago — lawmakers have yet to issue a statewide ban.

That’s why this legislative session, MaryPIRG and lawmakers are pushing for the passage of a bill that would ban the product — which is often used for food packaging and takeout containers — from the state once and for all.

Maryland would be the first state in the country to ban Styrofoam. That’s just another reason that Joy Arellano, co-campaign coordinator for MaryPIRG’s Save the Bay Initiative, said the student activism group must be relentless in their efforts to get the bill passed once it hits the floor in March.

“We will be making history if we do get the bill passed,” said Arellano, a sophomore public health science major.

In 2017 and 2018, MaryPIRG petitioned and lobbied for similar bills that ultimately died in the state House and Senate, the group’s president, Tino Fragale, said.

Arellano said her organization will try a multi-pronged approach to pushing the bill through the legislature: sending written testimony to lawmakers, going to university classes to recruit volunteers and spread awareness, and even encouraging local businesses to send letters showing their support for the bill.

The bill from 2018 has recently been re-introduced in the state House and Senate. After amendments are made, Arellano said it will likely resemble the model in Prince George’s County, which bans Styrofoam food containers and cups — but not pre-packaged ones before receipt, which usually contain raw food.

Del. Derrick Davis (D-Prince George’s County) expressed his early support for the bill in a news conference Jan. 29. He said he’s seen the ban work in his county, and there is no reason not to extend it across the state.

“We are seeing viable alternatives that are much safer, that are environmentally friendly,” he said. “And this is something we need to do.”

While Styrofoam is convenient for packaging food, it needs to be sent to specialized recycling centers, said Sally DeLeon, the senior project manager with this university’s Office of Sustainability.

And since transporting Styrofoam to these recycling centers is not cost-effective, it often ends up in standard landfills and back in waterways, like the Chesapeake Bay, she added. There, the material endangers wildlife and can float around for 500 years.

“Styrofoam blows around and breaks into small pieces that do not biodegrade,” she said. “Wildlife can eat these pieces and they are very difficult to collect once they are dispersed around as litter.”