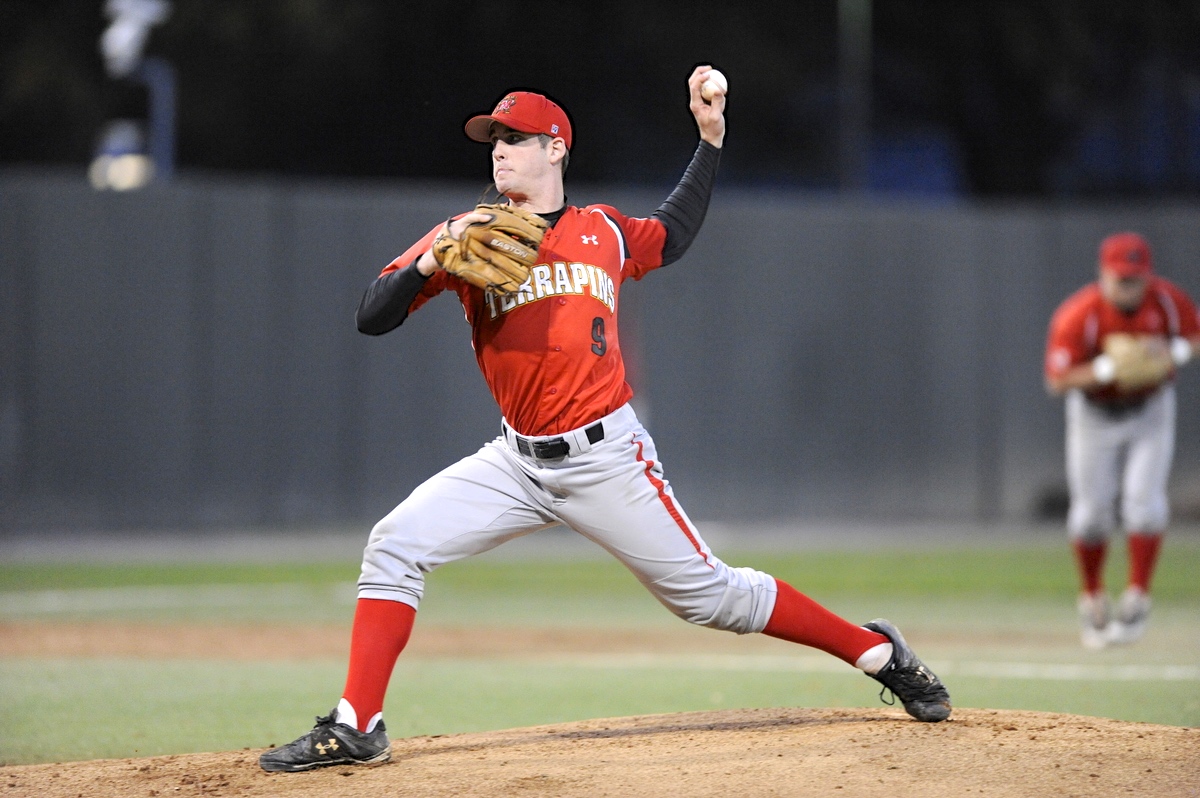 It’s October, which means the MLB postseason is here and underway. After a great season for former Maryland baseball players, two are on an active roster in the postseason, representing different teams.

The elder statesman of the Terps in the MLB, left-handed reliever Adam Kolarek, has probably had the biggest impact of any Terp thus far, despite having a relatively smaller role.

Kolarek, who made his MLB debut with the Tampa Bay Rays in 2017, was traded from the Rays to the Los Angeles Dodgers at the trade deadline this season. Since he’s gotten to Hollywood, Kolarek has been playing out of this world.

In game 1 of the NLDS between the Dodgers and Washington Nationals, the 30-year-old was tasked to come in and shut down one of the most dangerous hitters in baseball.

Dodgers starting pitcher Walker Buehler departed after six scoreless innings, and Kolarek came on in the seventh to face Juan Soto, who had propelled the Nationals past the Milwaukee Brewers in the Wild Card game just a few days earlier.

And what did the lefty do?

The most underrated moment from last nights game, in my opinion. Adam Kolarek comes in to face only one batter, but gets Juan Soto to strike out swinging. If he doesn't do his job, who knows where the game ends up. pic.twitter.com/JiRatJWqn8

Like that, Soto was gone and so was Kolarek. He was brought in just to deal with Soto, and he got his job done. The Dodgers wound up cruising to a 6-0 Game 1 win, thanks to dominant pitching with Kolarek being no exception.