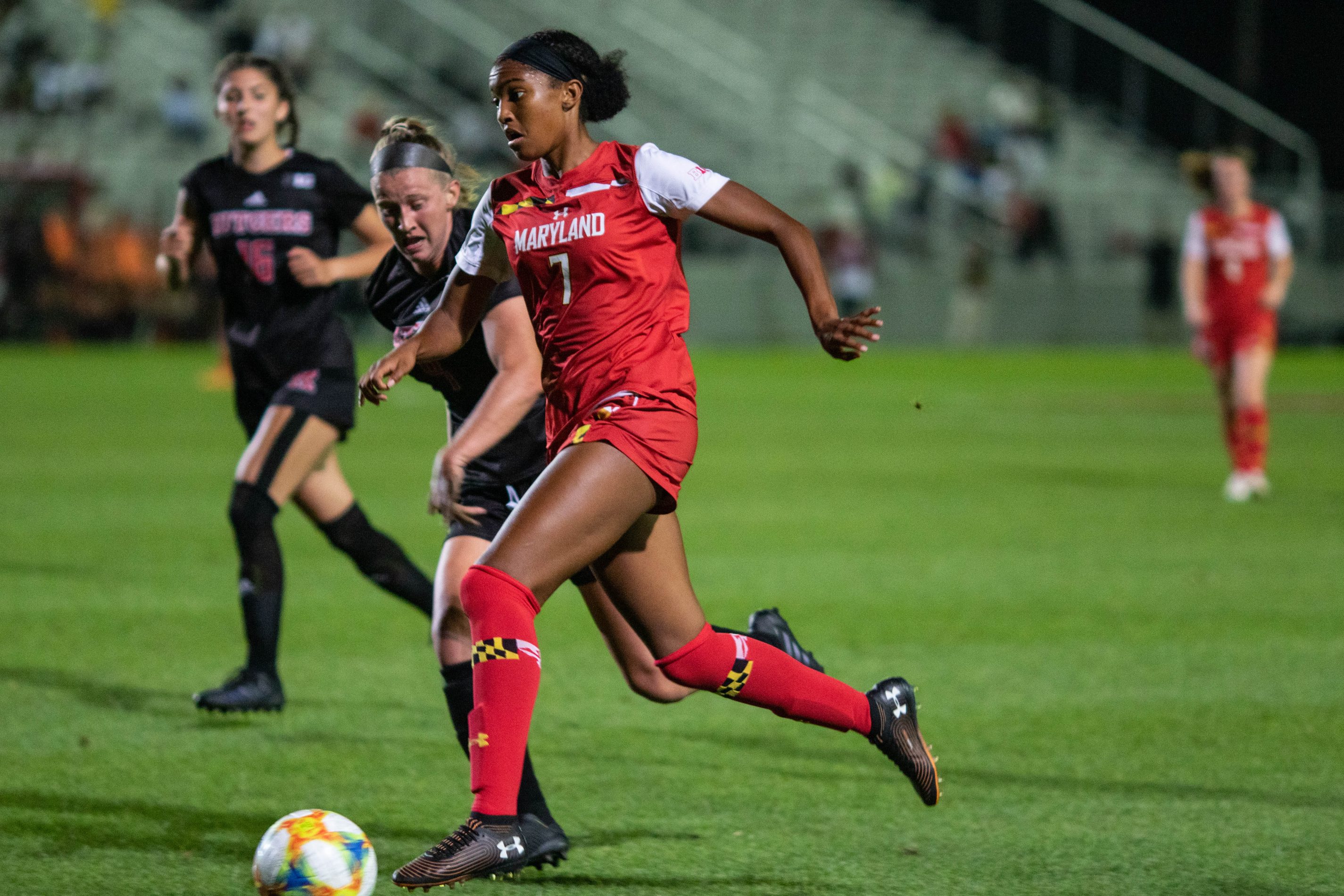 Ohio State midfielder Olivia Petit ran down the left flank, beating out the Maryland women’s soccer backline and sending a ball toward the box.

The ball went awry, though, curving midair and inside the net, just over the head of goalkeeper Andi Wenck. The lone goal was enough to hand the Terps a loss on the road 1-0.

“We’re making great strides because we definitely gave them a lot to handle,” coach Ray Leone said. “They won fair and square, there’s no walking away going ‘We should’ve, could’ve.’”

Maryland was coming off an upset over then-No. 20 Rutgers on the road, but could not get it done against the Buckeyes despite 14 shots — including eight from forward Alyssa Poarch.

Meanwhile, Wenck found her name in the starting lineup for just the second time, with her first career start coming on Senior Day against Minnesota. The usual starter, Erin Seppi, was sick and did not take the field all game.

The Terps dominated on offense for the opening 10 minutes, specifically from the play of Poarch — the reigning Big Ten Offensive Player of the Week. She found four shots during the stretch, forcing three saves.

The best chance from Poarch was on a corner kick taken by Jlon Flippens. The ball found Poarch, but the header was saved by Buckeyes goalkeeper Bailey Kolinski.

Midfielder Hope Lewandoski nearly set up the opening goal for Poarch, giving her a through ball on the far side of the pitch after shaking the Ohio State defenders. But Poarch’s shot flew a few feet over the bar.

“We were moving the ball around,” Leone said. “But I don’t think we moved it effectively. The last pass that takes you to goal has to be a good ball. Otherwise, it’s coming the other way.”

The Buckeyes nearly got themselves on the board in the 22nd minute when Marissa Birzon made her way past the Maryland defense. However, the opportunity was wasted as Birzon suddenly stopped her run, giving the Terps time to get back and stop the attack.

Ohio State would open up the scoring in the 30th minute when Petit looked to be crossing the ball into the box from the left flank, but the ball curved toward the goal and going just over the head of Wenck.

The Terps struggled to put together any more strong chances after their opening slew of opportunities, with the Buckeyes’ defense quick to stop attacking play.

The Ohio State attack continued to create, and one chance inside the box nearly doubled their lead. But a diving save from Wenck kept Maryland in the match.

The Terps have struggled when not scoring early, having only won a single game when not scoring in the first half this season. So, down 1-0 at the break, coach Ray Leone opted to switch things up.

Leone made a change in net at the break, putting in freshman Nicole Kwoczka for her debut with the Terps.

The second half opened well for the Buckeyes again, as they controlled the ball and found opportunities early. The best chance came from Birzon as she weaved through the Maryland defense for a one-on-one chance against Kwoczka, but the shot was skied.

Neither team’s defense budged through the next 20 minutes, keeping the ball out of the box and trading 50-50 balls.

In the 85th minute, Ohio State amped up its attack, getting in front of Kwoczka in the box. The freshman still managed to make the save from point-blank range. The Buckeyes earned the ball right back and found Kwoczka off her line, with a sliding clearance from Malikae Dayes saving the Terps from conceding again.

Ohio State was able to keep most of the possession in the final five minutes, thwarting any chance of a Maryland comeback.

“It was a decent first half for us,” Leone said. “We really had some good run of the play, we just didn’t capitalize. In the second half we were really on our heels most of the way.”