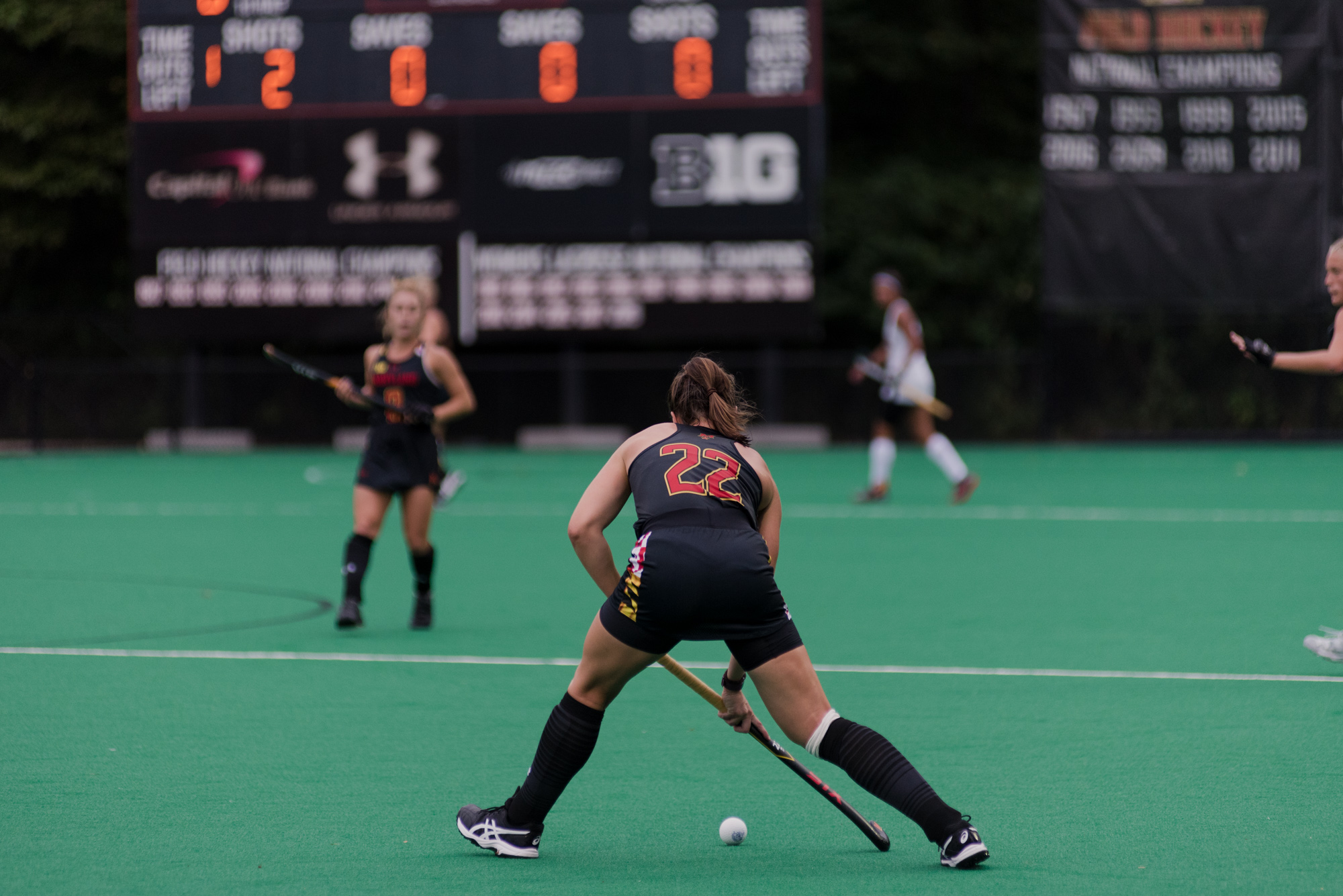 Barcelona. It’s a word that immediately conjures up images of the Catalonia-based side whose possession-based “tiki-taka” style of play revolutionized world soccer, with the team’s unselfish superstars priding themselves on their ability to get teammates involved.

For Maryland field hockey, the term serves as a model for how coach Missy Meharg expects her team to play — constantly looking to attack while using quick and clever passing to stretch the defense.

In fact, Barcelona has become ingrained into the Terps’ game plan, with Meharg naming one of Maryland’s passing drills after the team. Meharg and assistant coach Marvin Bam also regularly employ the term from the sideline to remind players to keep the ball moving.

And it’s this style of play that has helped the No. 4 Terps establish itself as a title threat, with Maryland reeling off six straight wins — four of which have come against ranked sides.

“We’re focusing on starting strong and getting ahead to begin,” defender Riley Donnelly said. “Once we get on the board, we want to maintain possession.”

After notching one-goal victories over then-No. 10 Princeton and No. 18 Rutgers last week, the Terps will be buoyed by their ability to keep the ball rotating in the midfield and attack, something that was especially evident in their matchup against the Scarlet Knights on Saturday.

“I’m pleased with the team because they found a way to let the ball control the game,” Meharg said. “We possessed — if you had a possession stat, I’d say 90 percent of the game. We were exceedingly efficient and smart in the way that we played a very good team.”

Maryland’s ball dominance allowed it to control the pace of the game, limiting Rutgers to few clear-cut chances while giving the team license to get into forward areas and test the goalkeeper.

“Our attack is moving more in one unit, like one heartbeat,” Meharg said.

And with Meharg’s squad averaging over 20 shots a game, the only surprise was that it couldn’t add to its 2-1 lead over the Scarlet Knights.

On the other end of the pitch, though, the Terps are flourishing — due in large part to their ability to maintain possession.

With Maryland zipping the ball across the midfield and attack, the opposition is often pinned back, meaning that the Terps’ backline is rarely tested at a high frequency. Consequently, Maryland’s defenders are instead tasked with keeping the ball upfield.

“We’re just trying to stay calm,” defender Bodil Keus said. “We try to do simple things — simple passes, few touches, and get into our rhythm.”

With an unselfish bunch committed to Meharg’s possessive style of play, the Terps are well-positioned to parallel another aspect of Pep Guardiola’s Barcelona squad: as champions.

“We don’t have one or two catalysts in the attack unit or the defensive unit,” Meharg said. “There’s such a huge ceiling for us.”