Linda Cobano scored in her Maryland field hockey debut. She hasn’t stopped since. 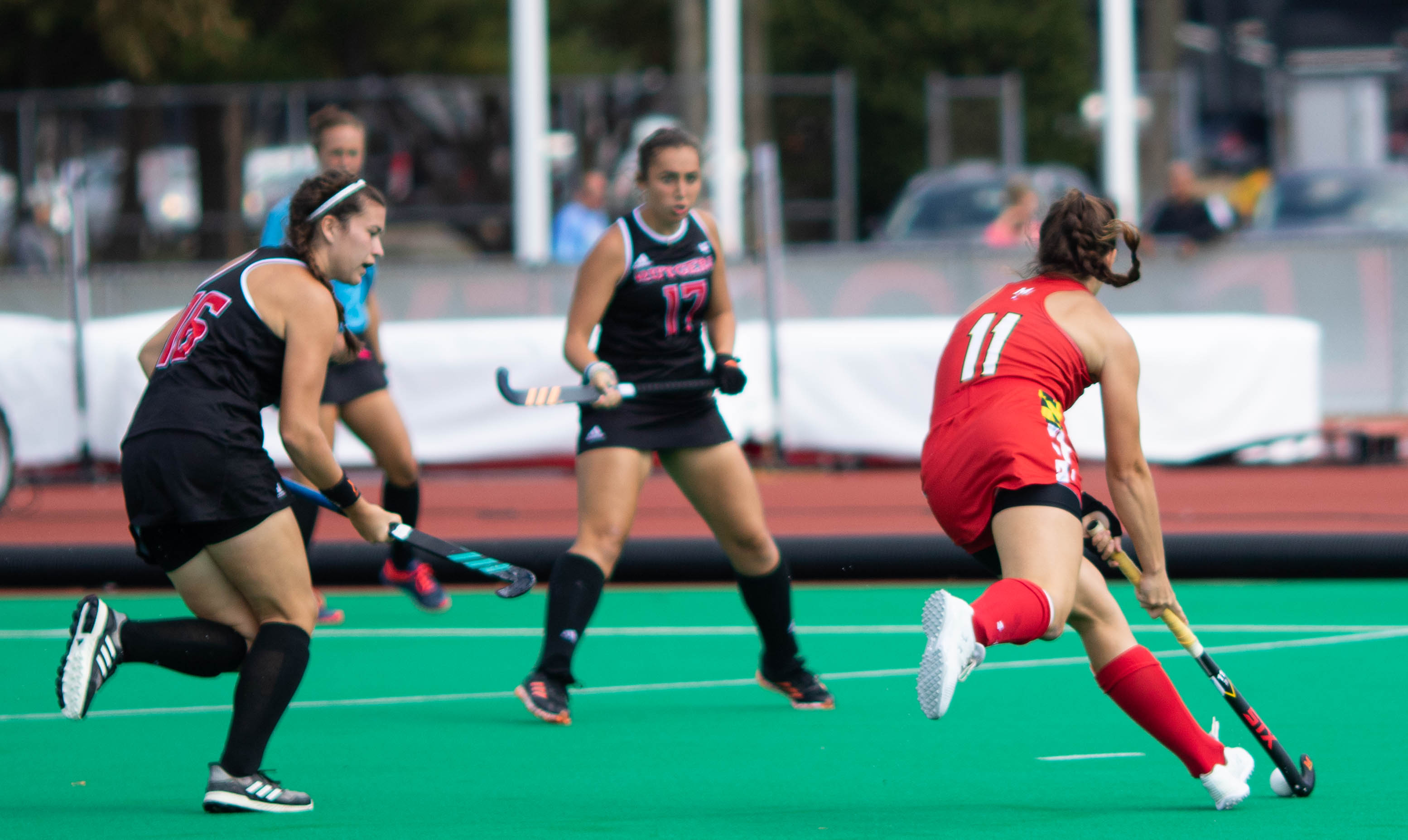 When Maryland field hockey midfielder Linda Cobano was growing up, her dad — and childhood coach — taught her the importance of two-way play and flexibility, a lesson that has stayed with her throughout her career.

So when she arrived at the Field Hockey and Lacrosse Complex this summer, Cobano hoped to make a mark on both sides of the ball as a holding midfielder.

However, the sophomore has since developed into a potent goalscorer over the season thus far, scoring a team-leading six goals for the No. 4 Terps. And her goalscoring form reached its peak in games against No. 10 Princeton and No. 18 Rutgers, as she bagged braces in both games to propel Maryland to dramatic victories.

“Fortunately for us, she’s played all over the field before she came to Maryland,” coach Missy Meharg said. “We’re in a position to move her up into a more attacking midfielder and when we get into the front field, she actually can play in the circle.”

In her last season at Grossflottbeker, a club team in Germany, Cobano played as a fullback, meaning she was expected to contribute defensively while also pushing forward to provide width in the attack.

Cobano’s versatility was particularly enticing to Meharg, who envisioned Cobano as a box-to-box midfielder whose skills would complement the ball-carrying qualities of players such as Brooke and Emma DeBerdine and Madison Maguire.

Cobano languished on the bench for the first two games, though — she was ruled ineligible following her transfer.

“It was harsh for me to sit out the first two games,” Cobano said. “But it also made me so excited to be on the pitch.”

Since becoming eligible, Cobano has been a standout presence in Maryland’s lineup, scoring in her debut against then-No. 13 Boston College on Sept. 6 and starting each of her eight games.

And the Hanover, Germany, native has hit her stride in the last week, providing Maryland with a legitimate scoring threat from the midfield.

“In the first couple of games, she was in more of a defending position, but right now she’s in the attacking midfield,” defender Bodil Keus said. “It really helps us get some chances off in the forward [area].”

Against the Tigers, Cobano showed off her shot power, firing a couple of long-range efforts into the back of the cage to keep Maryland in the game.

Buoyed by Cobano’s performances, the Terps have been on a hot streak in recent weeks, winning six straight games — four of them against top-25 competition.

And given her impressive showings over the past few matchups, Cobano has become the center of Maryland’s attack, even if it’s from the midfield.

“She’s helping people around the forwards, like where to stand and how to do things,” Keus said. “She’s really a threat for the opponents that we are playing against.”