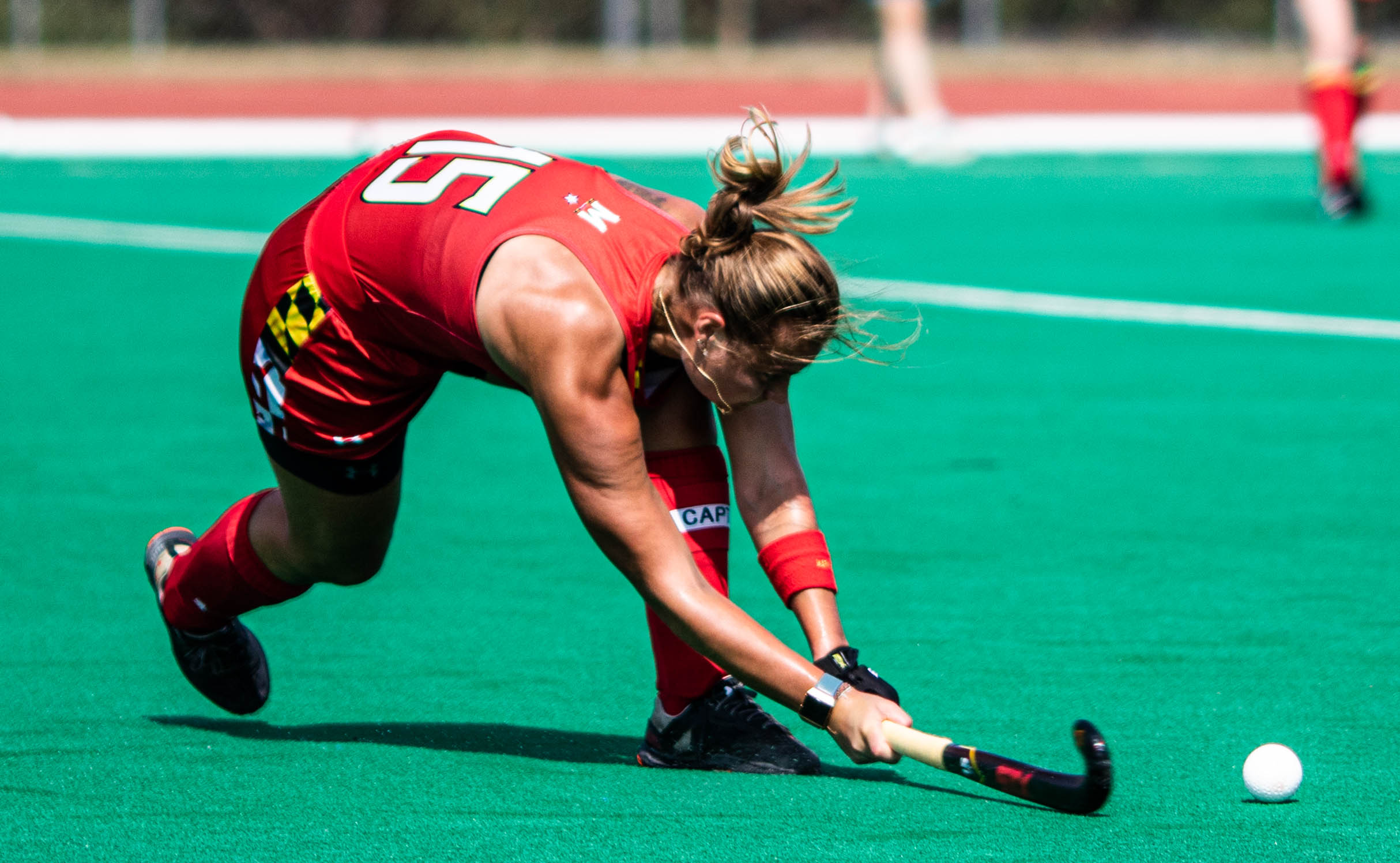 When Tayla Parkes’ rebounded effort squirted past goalkeeper Noelle Frost to cut Maryland field hockey’s lead over No. 18 Rutgers down to one, the game appeared to be headed for a dramatic finish, similar to the Terps’ first Big Ten contest of the year against then-No. 24 Penn State.

Maryland had held control for most of the game, passing its way around a stout Scarlet Knights defense to put two goals past goalkeeper Gianna Glatz. With Parkes’ goal, though, Rutgers looked to attack a Maryland backline that looked shaky late against Penn State on Sept. 20, conceding 11 shots in the fourth quarter.

However, the Terps remained composed, holding on to not concede another effort while racking up four of their own to secure a 2-1 victory over the Scarlet Knights for their second conference win in as many tries.

The Terps opened the scoring, with midfielder Linda Cobano deflecting Bodil Keus’ speculative effort into the back of the cage.

Meanwhile, Maryland’s defense was resolute, surrendering one shot in the first frame.

Both sides found their attacking edge in the second quarter, with the Terps earning four penalty corners within the first three minutes. Rutgers’ backline keyed in on Maryland’s attacking penalty corner threat, though, blocking each of the Terps’ three attempts.

The Scarlet Knights created dangerous chances for themselves, too. Forward Rachel Houston flashed her skill midway through the second, knocking the ball past a Maryland defender before closing onto Frost, who kicked the ball away.

It was Rutgers which looked the brighter of the two teams as the first half came to a close, forcing the Terps into three saves, including an acrobatic Bodil Keus clearance to prevent Katie Larmour’s effort from crossing the goal line. But despite their increased pressure, when the game clock hit zero, the Scarlet Knights’ goal total read the same.

After the two squads combined for 14 shots in the first half, the third quarter promised to be an intriguing affair. The Terps got off to an inspired start, with Cobano combining with midfielder Emma DeBerdine to get her second of the day, matching her brace against No. 10 Princeton.

The goal set off a dominant third quarter display for the Terps, who outshot Rutgers 5-1 in the frame. And if not for Glatz’s two saves on midfielder Madison Maguire, the scoreboard would have been far more convincing in Maryland’s favor.

As the game entered its final stage, it was clear that the next goal would prove to be the most important, as a third goal for the Terps would effectively wash out any chance of a comeback. If Rutgers were to strike, though, a more tense and open disposition would likely commence.

Parkes’ goal ensured the latter would be the case, rebounding Redlingshoefer’s penalty corner attempt past goalkeeper Frost less than three minutes into the fourth quarter.

However, Maryland continued to play the game at its own pace, dominating possession for long periods and pressing Rutgers’ defense into turnovers. The Terps racked up four shots — all saved by Glatz — while failing to allow a shot against after Parkes’ goal, eking their way to a 2-1 victory.