Hannah Bond showed her versatility for Maryland field hockey in win vs. Princeton 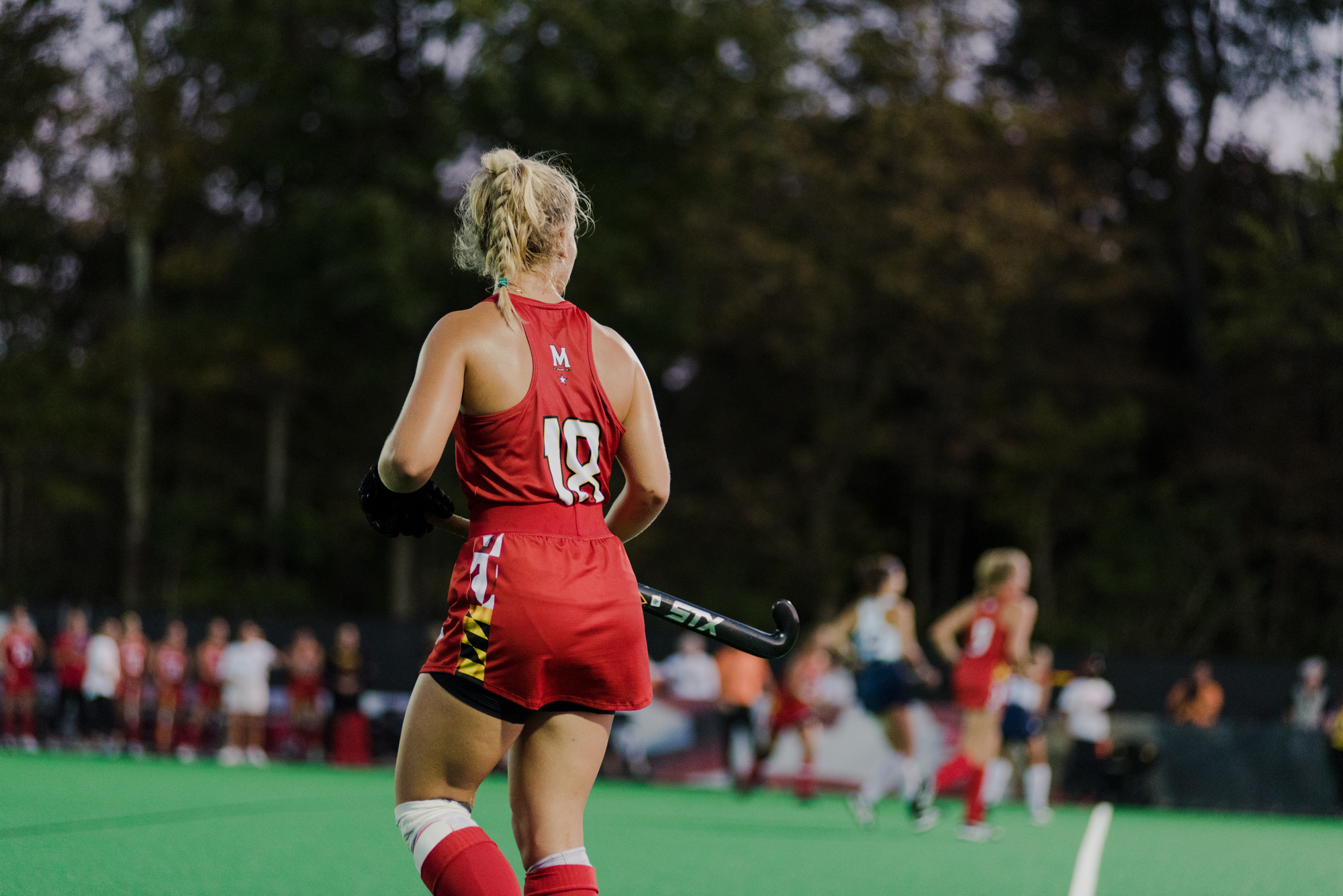 Cobano crept deep into the circle before sending the ball to defender Hannah Bond, who stood just outside the face of the goal. The game clock had already ticked down to .6 seconds, and the game appeared destined for another overtime — especially after goalkeeper Grace Baylis denied Bond’s initial shot attempt.

But Baylis’ rebound fell right back to Bond, who fired the ball above the senior shot-stopper and into the back of the net, giving the Terps a resurgent 4-3 victory over the No. 10 Tigers.

Bond’s awareness to get herself in the shooting circle and make a play in such a pressure-filled situation highlights her grittiness and toughness — qualities that have made her an indispensable part of Maryland’s backline over the course of her three seasons in College Park.

“Hannah Bond has been a player that loves the goal line,” coach Missy Meharg said. “It matters to her, and it’s very personal.”

Hailing from Oxted, England, Bond struggled to adjust to the tactical requirements of Meharg’s system when she first arrived at Maryland.

“We get really into the details here. We have different presses, different shapes when we have the ball,” Bond said. “It was a lot more intense than what I’m used to with tactics. There’s just more to learn.”

But Meharg kept faith in the then-freshman, starting her in all 23 games that season. Bond rewarded Meharg by grabbing three assists and notching two defensive saves for the Terps.

And in Bond’s breakout sophomore campaign, her performance in Maryland’s clash with No. 5 UConn in the NCAA quarterfinals embodied her role with the Terps.

With goalkeeper Sarah Holliday beaten in the overtime, Bond barreled her way across the shooting circle, diving to keep Cecile Pieper’s shot from crossing the line. And shortly after, midfielder Madison Maguire scored, sending the Terps to their second consecutive Final Four.

[Read more: Missy Meharg is building a reputation as a player and coach developer]

It was a seminal moment for Meharg’s team — one that has empowered Bond’s teammates to get themselves in front of shots ever since, forward Bibi Donraadt noted.

As for Bond, the junior has gotten increasingly involved in the attack, recording 12 shots this season — more than her total from her first two seasons combined. And Meharg has responded accordingly, moving Bond into the midfield at times to provide ample opportunities for her to affect the game.

“She’s servicing her unit all the time,” Meharg said. “She will put herself out there to score goals.”

Bond’s mettlesome playstyle enabled her to get herself in front of the cage with a chance to win the game Tuesday. And ultimately, that relentlessness has made Bond a key cog in multiple facets for Maryland.