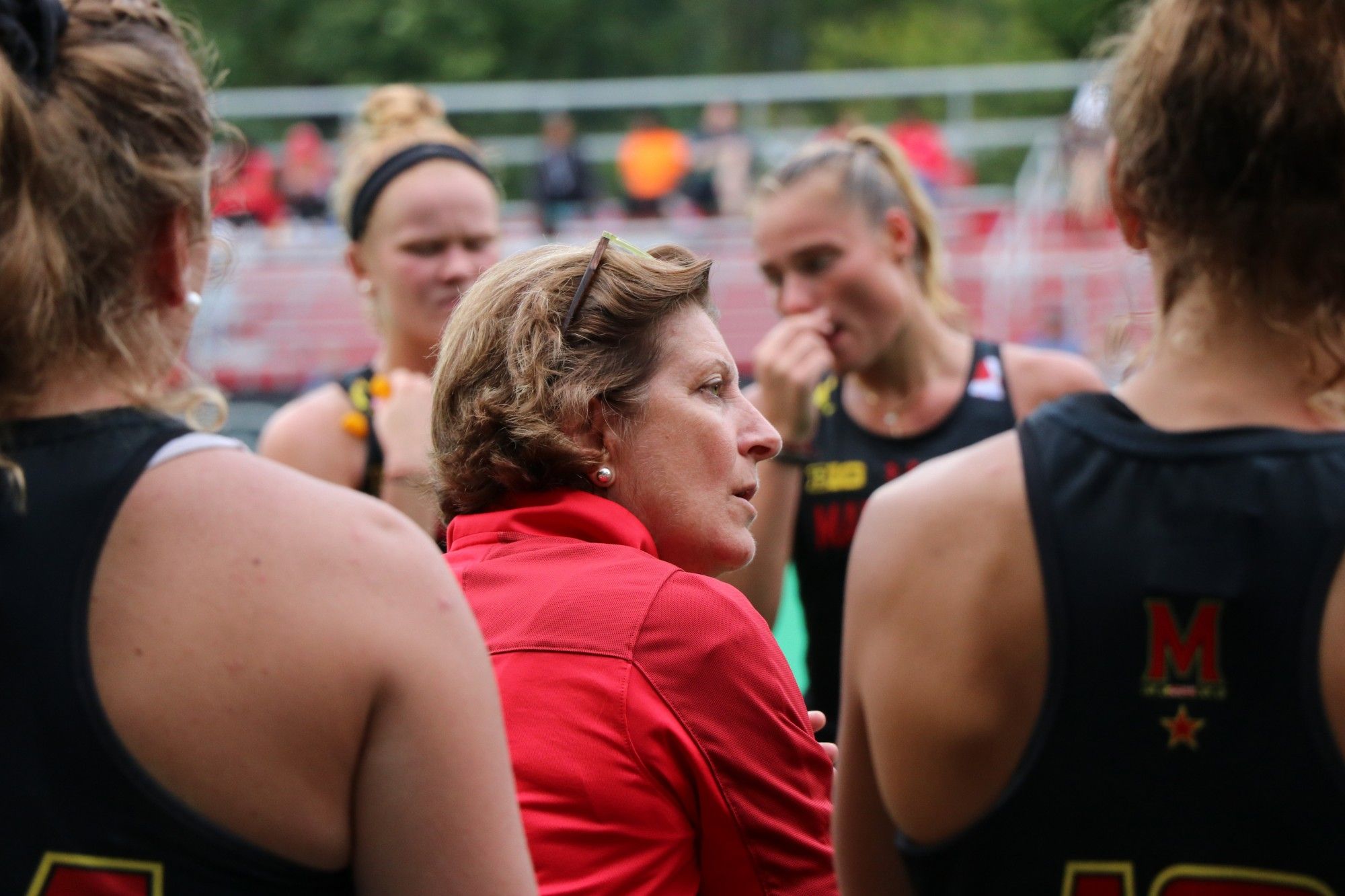 When Maryland field hockey takes the field on Tuesday to face off against No. 6 Princeton, it will be greeted by two of its most decorated players.

Carla Tagliente and Dina Rizzo, members of the Terps’ 1999 championship team, are the head and assistant coaches at Princeton. The duo helped the program return to prominence after a couple of down seasons, making the Final Four in two of the last three campaigns.

The pair are part of a group of more than a dozen coaches who have played or coached under Missy Meharg’s tutelage — an indication of Meharg’s influence across the world of college field hockey.

This pipeline has shown no signs of stopping, with Meharg’s tactical acumen and player management skills rubbing off on the current crop of Maryland’s talent.

“I actually implement a lot of things that Missy and [Marvin] Bam do for us, and how she approaches us,” goalkeeper Noelle Frost said. “It really gives you a different perspective on how other kids think and how you can manipulate how they think into the tactical way to think.”

Meharg’s coaching philosophy — which centers on quick attacking play and an intense system of pressing — has helped the program develop from a band of plucky overachievers into a force of perennial national championship contenders over the course of her three-decade career with the Terps.

But it’s her ability to manage the various personalities on her squad that has stuck with players. Her coaching staff features three former players — Katie Bam, Kasey Tapman and Sarah Holliday. And while they demand a lot from their players, they communicate these demands clearly and respectfully.

In turn, Maryland players have a better idea of what their role is and how it fits into the team’s overall style of play.

“Missy, Katie and Bam have just helped me understand what they need me to do,” defender Hannah Bond said, “and what the team is technically and tactically aiming for.”

These communication skills have trickled down to the team, best evidenced by Frost’s burgeoning partnership with defender Bodil Keus. The two have impressed so far this season, earning three clean sheets. Much of their success can be attributed to their constant cooperation on the pitch.

Furthermore, Meharg’s effective communication has drifted into the lives of some of her players, many of whom spend their summers coaching local youth field hockey teams.

“These past couple summers, I’ve been working with Katie and Bam, helping them out with their camps and working with the Maryland field hockey camp,” midfielder Madison Maguire said. “This summer, I’ve just grown in my individual skill because I’ve been teaching people what they teach me, and I’ve broken it down in my mind. … It’s helped.”

Meharg and her coaching staff have helped to  foster an environment where players can freely develop and become adept at the skills necessary to play her intense, fitness-driven style of play.

Arming players with her tactical nuance and her dedication to effective coordination, Meharg has helped develop the next crop of talented young coaches, especially out of Terps like Maguire.

“I think anyone would really do it,” Maguire said. “I would love to [coach].”