“A plus for the game”: Maryland football coach Mike Locksley weighs in on California bill 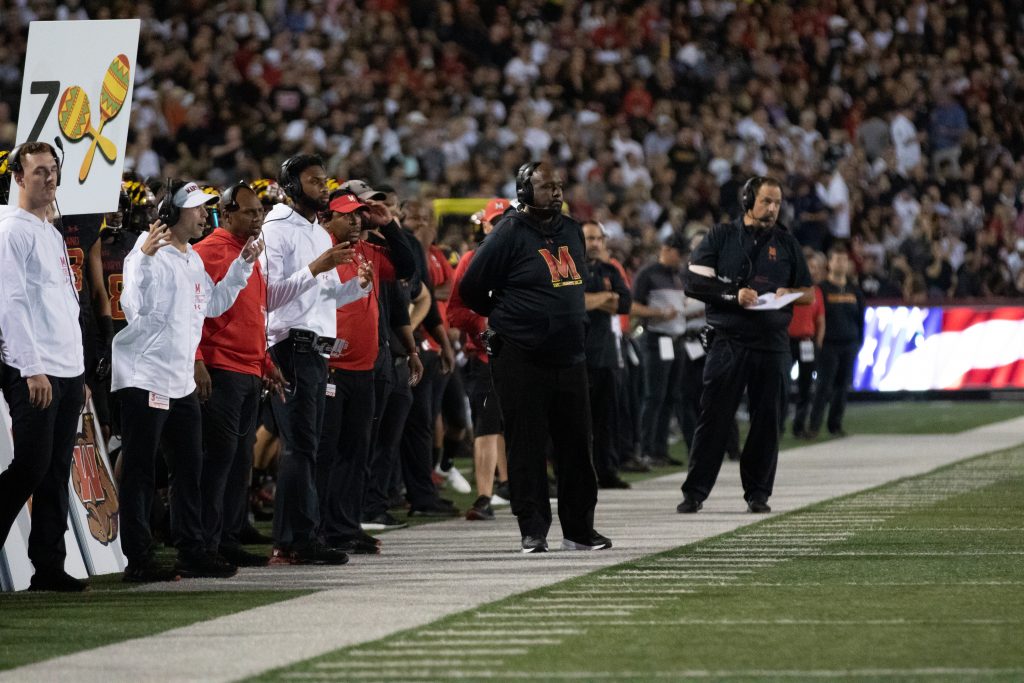 Two days after California Gov. Gavin Newsom signed a bill into law that would make it easier for college athletes in that state to receive endorsement deals and to be paid for the use of their name, image and likeness beginning in 2023, Maryland football coach Mike Locksley expressed his support for the move.

“Anything that makes the student-athlete experience better, I’m all for,” Locksley said after Wednesday’s practice. “I do think obviously that you have to come up with a way to regulate it in a fair and equitable way, but any time you have the ability to take care of student-athletes and again, make the experience of being a college football player better than it is, I think that’s a plus for us, and a plus for the game.”

The bill, which also will allow players to hire an agent, challenges the NCAA and its long-standing approach to compensation, which comes mainly in the form of scholarships. The NCAA turned more than $1 billion in revenue during its 2017 fiscal year.

The NCAA had threatened in June to ban California teams from championships if the legislation wasn’t dropped. The bill also raises questions about the effects on recruiting if California stands alone in this sort of legislation, and if more than football and men’s basketball stars will benefit from an opportunity to pick up endorsements.

“I think you’ll continue to see the legislation go across the different states,” Locksley said, “and I’m sure the NCAA and most athletic departments and universities, we need to get out in front of it and try to regulate it, and make it equitable, to where everybody benefits.”

Schools have punished players for making money off their name, likeness and image before. In 2017, then-UCF kicker Donald De La Haye lost his scholarship and NCAA eligibility after refusing to change how he monetized his YouTube channel — which currently has more than two million subscribers.

And in 2018, 13 North Carolina football players were suspended by the school for selling team-issued shoes.

When Maryland men’s basketball coach Mark Turgeon was asked for his take on the bill Wednesday at Media Day in Chicago, he thought back to his time as a guard for Kansas, but added it was a “complex issue.”

“I remember when I played, you know, missing meals and not having enough money, because you didn’t have time for a job. It’s a little different today than it was then,” Turgeon said. “You always want what’s best for the student-athlete, you want them to be comfortable. There’s a lot of pressure on them.”

Ultimately, people just want an even playing field in college athletics, Turgeon said. And now that California’s landmark legislation passed, he’ll be among the ranks keeping an eye on how the NCAA responds, and how other states build off it.

“It’ll be interesting to see what happens,” Turgeon said. “I know it’s going to be a process.”