UMD researchers are making progress on an HIV vaccine 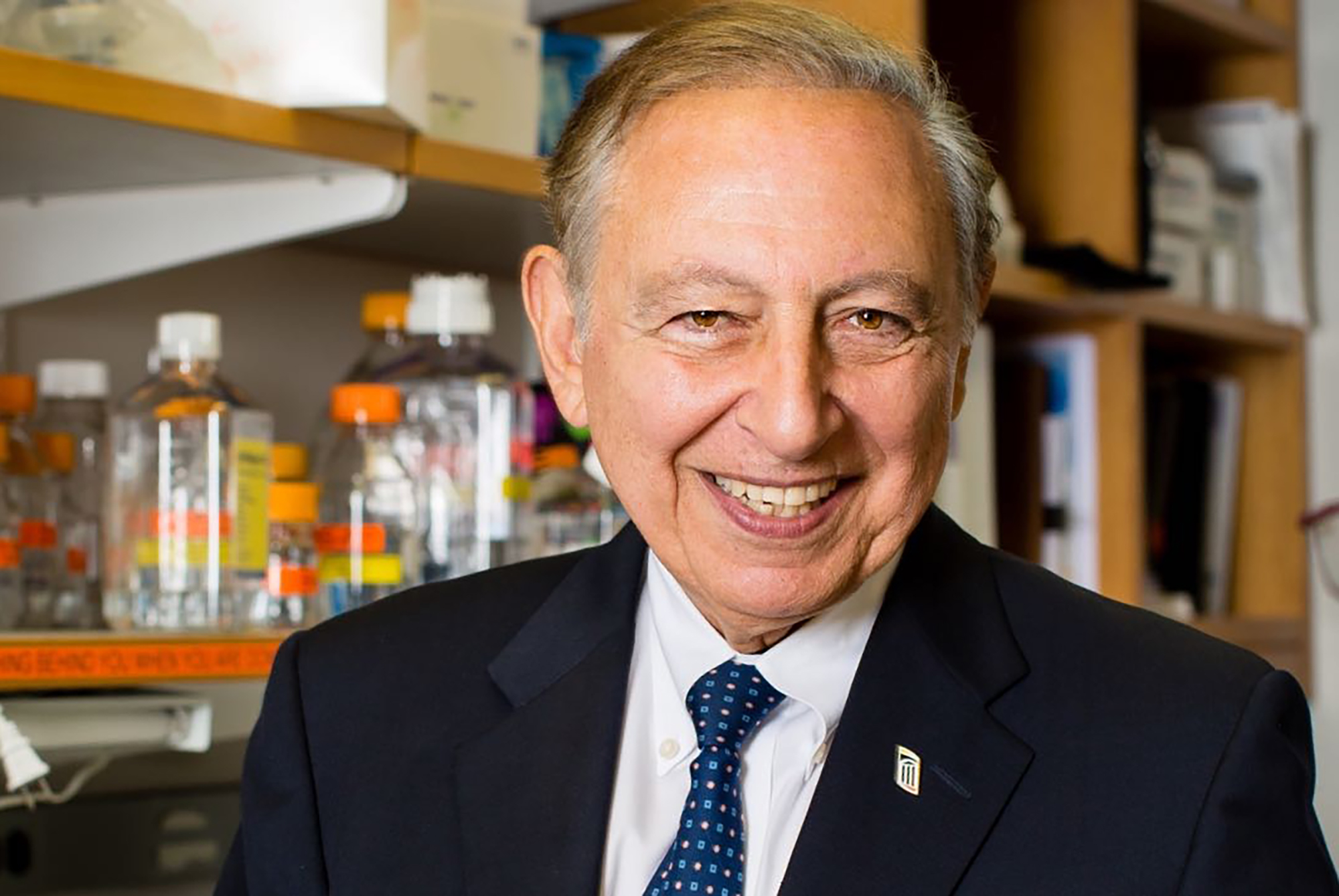 Robert Gallo, a researcher best known for discovering HIV as the infectious agent responsible for AIDS, the development of the HIV blood test and subsequent HIV research. (Photo courtesy of Robert Gallo)

Thirty years ago, Luke Jensen lost his partner to AIDS. The director of the University of Maryland’s LGBT Equity Center remembers the lives that his partner affected — from the woman he inspired to become a pharmacist, to his students at Brooklyn Technical High School and the City University of New York.

He understands that developing a vaccine for HIV is difficult, but he wants to see more progress.

Since 1984, Dr. Robert Gallo — now co-founder and director of as well as a researcher at the Institute of Human Virology at the University of Maryland medical school — has been trying to do just that. He and his team are about to enter the second phase of research, which will test the immune response to the vaccine.

Gallo is credited with being one of the two discoverers of HIV, and he and two of his colleagues at the institute are in the middle of developing a vaccine.

Three years ago, the institute received a $14.4 million grant from the U.S. National Institute of Allergy and Infectious Diseases to continue its vaccine research. The first phase of the research takes one to two years, and Gallo said he hopes the second phase will begin by the end of 2019.

Although he’s spent decades of work researching the disease without developing a successful vaccine, Gallo said that isn’t a sign of zero progress.

One reason why is because HIV adapts frustratingly quickly. Hazel Jones-Parker, an HIV/AIDS nurse practitioner at the medical school, said that once the virus gets into a person’s genetic material, “it changes and it mutates.” Still, she thinks Gallo and other researchers have allowed people to “get closer [to a vaccine] than we ever have been before.”

Jones-Parker has treated patients who are either HIV-positive or at high risk of contracting the virus since 2004. Treatment often consists of antiretroviral therapy, which stops the virus from making copies of itself in the body. Even though treatment exists, she understands how important a vaccine — which would prevent the disease from occurring altogether — would be to those living with HIV, she said.

“A lot of people with HIV are stigmatized,” Jones-Parker said. “They want to see it a day where people will not have to experience that stigma. If there is a vaccine that can prevent people from getting infected, it would prevent people from suffering a lifetime of stigma.”

Jensen also said he’s not surprised that a vaccine hasn’t been developed, but he’s still frustrated about the lack of government action during the beginning of the HIV/AIDS crisis.

Still, he commends the actions that are taken now, from research to new medications.

“I celebrate the fact that these scientists are working on a vaccine,” Jensen said. “It takes focus, it takes moving forward and it takes commitment. I’m glad to see that we’re finally getting there.”