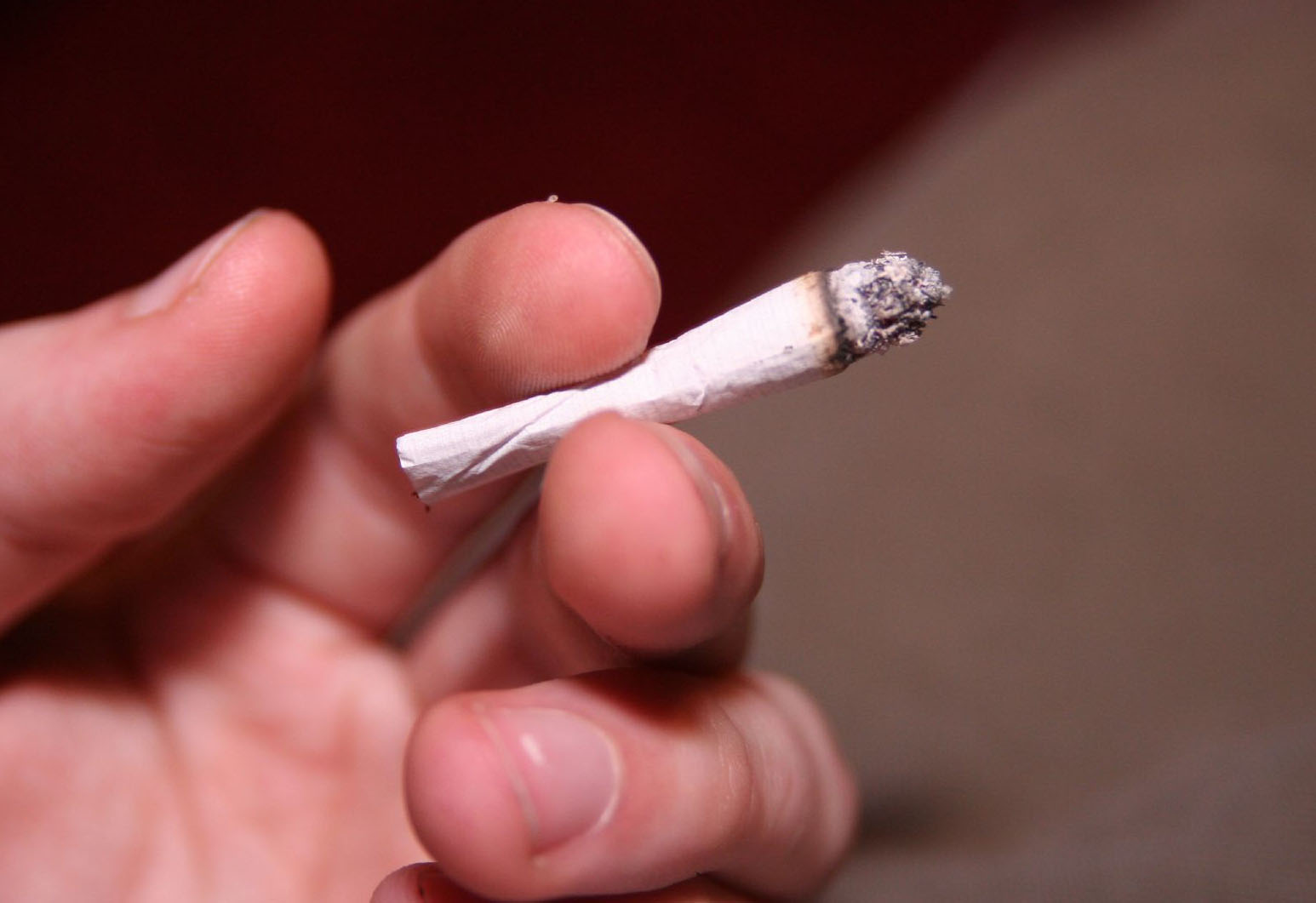 White notice fliers have been posted in the windows of some College Park businesses that shelve tobacco and nicotine products: Starting Oct. 1, they’ll no longer sell these products to customers who are under 21.

On Tuesday, Maryland became one of the now 14 states to restrict sales of such merchandise to customers who are 21 and over, after Gov. Larry Hogan signed a bill in May to raise the minimum age from 18. Four additional states are slated to join Maryland by July 2021.

The law applies to all tobacco and nicotine products ⁠— including vaping and electronic smoking products and their accessories. Mr. Smoke, 7-Eleven and One Stop Shop are among the retailers in College Park that the new law affects.

Paige Schulze, 22, a Mr. Smoke employee, said there has been an uptick in younger customers who were looking to stock up before the bill took affect.

While she doesn’t think changing the cut-off age to buy tobacco products from 18 to 21 is a bad idea, Schulze said she’s annoyed that the policy is not “grandfathering in” people who have already been buyers — such as 20-year-olds who now have to wait another year to buy tobacco despite already being able to do so for two years. Schulze said she started smoking before she turned 18.

“I think that part of it is really shitty, honestly,” she said.

The restriction comes as a series of lung illness cases associated with vaping have unfolded across the country. There were 20 such cases reported in Maryland as of Sept. 24, according to the Associated Press.

But Schulze said the shop, where she’s worked for 2 ½ years, is still figuring out which products won’t be available to customers under 21. Tobacco patches, she said, will be part of the restrictions but there are still some “gray areas” for vaporizers and pipes.

Dina Borzekowski, a research professor and interim director of the Global Health Initiative at this university’s public health school, said the policy change doesn’t signal that tobacco products are harmful.

“Changing the age stresses that this it is, ‘adult behavior’ and not one for kids. We know that has incited kids to use products in the past,” she said.

[Read more: Vaping could soon be banned in UMD dorms]

The use of tobacco products starts young, Borzekowsi said. There are over 4 million middle and high school students who are already vaping, she said, and these populations already cannot legally purchase these products.

Kemeria Adem, a cashier at the 7-Eleven on Route 1, said she thinks the law was “a good idea.” She doesn’t think the policy will have much of an effect on the shop’s business.

But Borzekowsi likened the tobacco policy change to alcohol use. The drinking age, she said, for example, doesn’t stop 18-year-olds from drinking on college campuses.

“There is lots of concern about enforcement of the law and putting the burdens of enforcement on the small corner business store rather than the multinational corporation,” she said. “You’re putting the burden on the busy person behind the cash register who has to check to make sure that ID from Michigan is a true ID.”