Breaking down former Maryland baseball players in the MLB playoffs 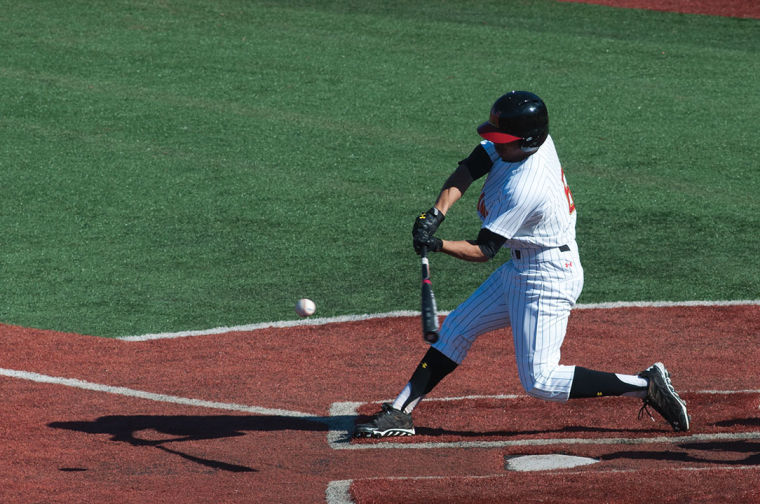 First baseman LaMonte Wade during the Terps' doubleheader sweep of Bryant on Feb. 22, 2014.

Lowe had an amazing first half to the 2019 season and was named an All-Star, but a quad injury sidelined him for much of the second half of the season. He returned to the Rays lineup Sept. 22 against the Boston Red Sox, the first of six straight games he played. He had three hits and three walks in 20 plate appearances since returning while flashing some power, hitting a home run in his second game back. Across the entire season, Lowe hit .270 with a .336 OBP, knocked 17 home runs and netted 51 RBIs.

It is unclear if Lowe will be on the Rays’ 25-man playoff roster due to his injury. If Lowe does get the nod, he could be pivotal in Tampa Bay’s chances against the Oakland A’s in the AL Wild Card game.

Wade only appeared in two MLB games prior to September, but after the roster expanded, he played a big role in helping the Twins secure the AL Central title. Wade only hit .196, but he contributed two home runs and five RBI while showing he could play all three outfield positions.

Wade has some competition to make the 25-man playoff roster, but he has a decent shot to play October baseball with an injury to starter Byron Buxton.

Kolarek spent his first two and a half years in the majors with the Rays, but a deadline deal saw him move to the Dodgers. Kolarek has been lights out with Los Angeles, only allowing nine hits and two walks across 26 games. He has also only allowed one earned run in 11.2 innings, giving him a 0.77 ERA to go along with a 0.94 WHIP.

Kolarek is most likely a lock to make the Dodgers’ roster and is hoping they can finally get over the hump after two consecutive World Series losses.

Unfortunately for Cecil, he missed all of the 2019 season due to carpal tunnel syndrome in his left hand. He is still on the 60-day injured list and will not be participating in the playoffs.