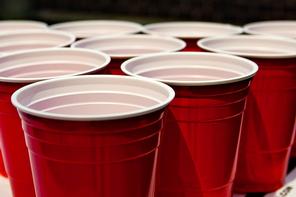 College Park will always be marked by the struggle between permanent and transient residents, the established and the youth, the clean and the scrappy. The endless tragedy of this conflict is that, in trying to defend their communities, permanent residents prevent college students from joining them. And the nuisance ordinance’s passage Tuesday is an especially unwelcoming message from the city to students. This targeted legislation isn’t going to preserve municipal harmony, but rather further disunity.

The ordinance prohibits “unruly social gatherings” of eight or more people. It goes on to define unruliness in terms of behavior that’s already criminalized – underage drinking, public urination, blocking the streets and more. But the last provision broadly prohibits “other conduct” that is a threat to “quiet enjoyment” of the neighborhood. What falls in this category is at the discretion of permanent residents, and how this is enforced is at the discretion of the police. For someone having an event at their house, it requires a lot of trust in these entities, who already think you’re trouble, to not shut you down. It discourages gatherings, it encourages suspicion and it uses police as a medium for one-way communication rather than neighbor-to-neighbor interaction. None of that feels safe for a college student.

Moreover, the fine structure for violations of the ordinance is punishing students. It’s $500 for the first infraction for the tenant and $500 for the landlord. These fees are the same amount, when the income brackets for these two demographics vary wildly — and $500 approaches almost a month’s rent for a tenant in College Park. Additionally, there’s no real protection for tenants from their landlords sticking them with paying both fines. Students aren’t empowered to retaliate against malicious and negligent landlords, lacking the time and resources to go to court. Adding a $1000 fine on top of already extravagant rent prices could pose a serious threat to a person’s housing security, literally pushing them out of the neighborhood or affecting their ability to attend university.

In a comparable spirit is the city’s recent proposed bulk trash ordinance, which limits free bulk trash pickup to four times a year instead of allowing unlimited pickup requests. This ordinance isn’t in response to a communal problem. Rather, concerned citizens were told it’s meant to curb abuse of the system by about 5 percent of city residents, particularly those who bring massive waste from their jobs to dispose at home. The purpose of the legislation is fair, as this is clearly unsustainable, but making laws to target a very small group of people is so much more byzantine than other avenues of communication, such as education programs or one-on-one conversations.

Legislation shouldn’t be couched around the idea of “don’t worry, this isn’t about you.” It takes you further from caring for your neighbors and creates arbitrary dichotomies of the good citizen versus the bad one, not acknowledging that the “bad” is thus excluded from constructive community resources and conversations.

The nuisance ordinance passed by unanimous vote, so it seems clear that, despite so many testimonies, there wasn’t an understanding of what’s at stake for students in College Park. It’s a literal silencing of our activities, taking more power from the disadvantaged — what constitutes a nuisance will only ever be defined by established residents, and instead of promoting community conversations between residents and student renters, the police get the final word.

For a measure meant to preserve the neighborhood’s “shared values,” as described by College Park resident Aaron Spring, it’s certainly making it hard to be included.