The Penn State game may be sold out, but College Park is open for business 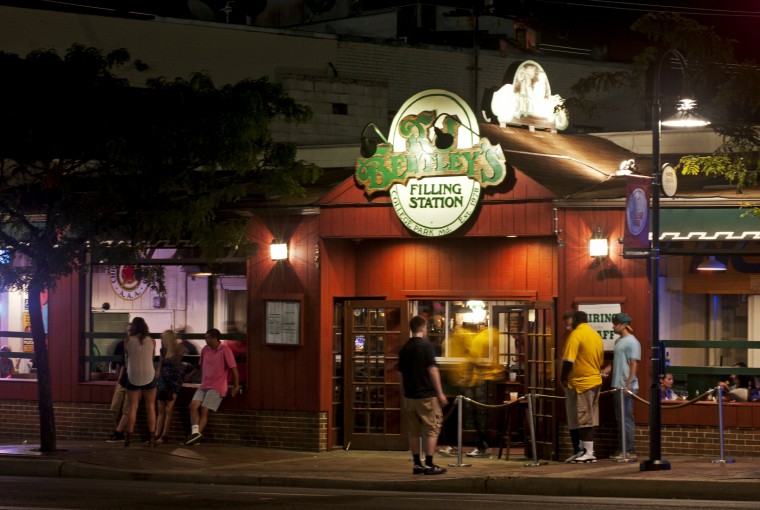 By Clara Longo de Freitas
For The Diamondback

As the Maryland football team prepares for Friday’s game against Penn State, the city of College Park is hoping to cash in on over 50,000 fans expected to attend.

The city’s newest hotels, the Cambria Hotel College Park and The Hotel at the University of Maryland, are both sold out Friday night. The hotels expect to host more than 1,000 people throughout the weekend, said Jeff Brainard, the vice president of sales for Southern Management Corporation, which owns the two hotels.

For city businesses, the visiting team matters more than anything else, Brainard said.

Penn State, along with Ohio State, Michigan and Michigan State are great traveling teams, Brainard said, and a game like Friday’s can bring an additional 30,000 to 40,000 people into a city with limited hotel rooms.

“You want to be on campus on a Big Ten game, there’s just a different level of energy, and it’s exciting to be able to play a role in that,” Brainard said.

Brainard said the Nittany Lions, a historical rival to the Terps, sets the perfect market for hotels. The location plays a significant role because Penn State is close, but not close enough that Nittany Lions fans can easily make it a day trip.

But the fact that the game is on Friday means less economic advantages for businesses in the city, like the hotels — even with the record turnout, Brainard said.

“When you have a good football game, you are going to have more requests for reservations,” Brainard said. “[But in this game] the demand is really focused on Friday [rather than] for the entire weekend. You have nothing drawing people to stay on Saturday.”

Brainard said he expects guests for the Penn State game to arrive early Friday, and most will leave Saturday after breakfast.

On a typical football weekend, he said, fans come to town Friday. They usually have dinner around the College Park area or go to the main bars, Cornerstone Grill and Loft, Terrapin’s Turf and R.J. Bentley’s. Saturday, they tend to tailgate and watch the game. Most check out of the hotels Sunday.

Ryan Chelton, the city’s economic development coordinator, said he is not sure how College Park is going to be affected.

“Historically, the University of Maryland hasn’t hosted a lot of Friday night games certainly nothing has attracted as many people as this,” said Chelton. “I think it will be a learning experience, I’m not sure what’s going to happen.”

Staff at two of the city’s most popular bars said they are preparing for big crowds this weekend.

Jake Isennock, the general manager of Looney’s Pub, said the establishment has been preparing for the game for weeks and expect an “electric” atmosphere. Although Saturday games are better for business, he said, they’d much rather have the Friday night game.

“We anticipate one of the biggest days Looney’s College Park has ever seen,” Isennock said.

At R.J. Bentley’s, general manager Evan Behrendt said the staff is referring to the game as “Homecoming Part One.” He said they expect a large mix of alumni from this university and visitors from Penn State who come out and enjoy the nightlife a day earlier, with kickoff not expected until 8 p.m.

“It’s not like they are waking up at 6:30 a.m. to do kegs… They actually have time to sleep and recover from the night before,” he said.

“I don’t think a lot of the fans or alumni are prepping for that. So it’s probably going to hurt us in that realm of it being a Friday game,” Behrendt said.

For the fans already in the city, students are still showing enthusiasm for Friday’s game, said Dustin Semonavick, a team spokesperson, despite Maryland’s loss to Temple Sept. 14.

“It’s a marquee local opponent — Penn State that’s just up the road that has a large fan base. It’s on a Friday night, which brings even more excitement.” Semonavick said. “So a combination of those three things and just great turnout. And excitement from our students has really helped as well.

[Read more: What was the world like the last time Maryland football sold out a game?]

More than 14,000 students requested tickets to the game, a school record, Semonavick said, adding the game is expected to be the program’s first sell out since hosting Michigan in 2015. Temporary bleachers were added to accommodate some of the overflow from student requests.

Alexandra Truszkowska, a freshman government and politics major, said she has been to both home games this season and she is excited for the game.

“I think there’s been a boost in team morale and it’s been so evident with the powerhouse games at home,” Truszkowska said. “I hope that having a home field advantage is going to help the Terps battle against the [Nittany] Lions and pull off the victory.”

Brainard said he considers himself a big football fan, especially of the Big Ten conference, and he will be attending the game.

“[It will be] the only game in town on Friday night, so it’s the place to be,” he said. “Football under the lights is special.”