A Penn State beat writer breaks down what to expect from the No. 12 Nittany Lions 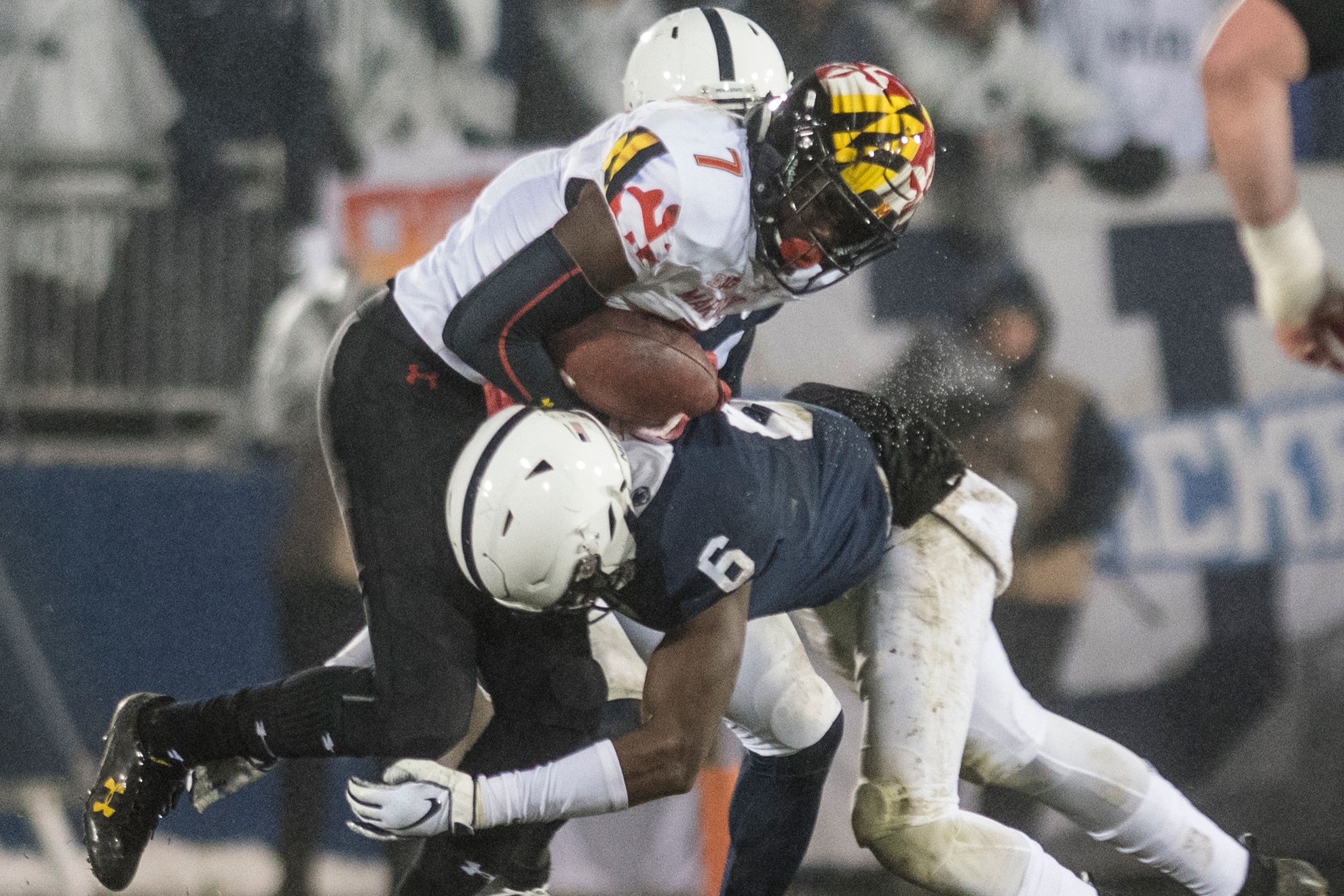 Maryland has a chance to open up Big Ten play with a bang Friday night at home against No. 12 Penn State. The Nittany Lions defeated the Terps 38-3 last year in the regular-season finale, but this time around both teams are extremely different.

We talked with Ben Ferree of The Daily Collegian about the huge Friday night matchup in College Park between the two Big Ten foes. Our conversation has been lightly edited for clarity.

What has Sean Clifford done well and what can he improve on after taking over the starting quarterback position?

Sean Clifford has certainly had an up-and-down start to his starting quarterback career. The most impressive thing so far about Clifford is that although he hasn’t always looked comfortable or been able to find a rhythm, he has yet to turn the ball over. In the Nittany Lions first two games of the season, Clifford was able to settle into the game and just got better as the game went on. He is very accurate on short passes and isn’t afraid to take a shot deep down the field. Clifford is still working on his athleticism and while he is no Trace McSorley, he is definitely a threat on the ground if the defense doesn’t respect his ability to run.

In Penn State’s most recent game against Pitt, Clifford had his worst performance by far. He was constantly under pressure from the Pitt defense and missed multiple deep throws. He just never looked completely comfortable. At the end of the day, Clifford did enough to win and didn’t lose the game, but Penn State will need more from him on Friday and as the season goes on.

The defense only has only two interceptions and just one recovered fumble. Although they haven’t been forcing many turnovers, what allows Penn State’s defense to hold opponents to a current average of 10 points per game?

Penn State’s defense came into this season with very high expectations and so far they have reached them. The Penn State front seven is loaded with talent, and it all starts with Yetur Gross-Matos who is a force on the edge in the pass rush. But all throughout the Penn State defensive line, they are two, three players deep and will rotate heavily throughout the game. At linebacker, highly touted recruit Micah Parsons just had his best collegiate game in Penn State’s win over Pitt. Cam Brown and Jan Johnson have also been playing really well at the linebacker position.

Expect to see Penn State play four running backs on Friday night as they don’t have an official starter at the position. Journey Brown is listed first on the depth chart and will take the first drive, but the Nittany Lions have a predetermined rotation at running back this season as all four scholarship running backs will play. Noah Cain, a true freshman from IMG Academy, has been really impressive so far as a tough downhill running back. Brown and Cain have separated themselves as the two best backs in Penn State’s first three games of the season, but according to head coach James Franklin, the rotation will continue.

At wide receiver, it all starts with KJ Hamler. Hamler is a very explosive player who Penn State will look to get involved in a variety of ways throughout the game from the slot position. Penn State’s tight end Pat Freiermuth has quickly become a favorite target of Clifford and someone that can really change the game. Penn State’s receiving group as a whole has a lot of question marks still, but so far Jahan Dotson has stepped in as that lead number one receiver so to say. He caught both of his touchdowns this season against Buffalo. Penn State has a lot of talented playmakers and some have shown it early this season while some are still finding their footing.

Penn State lost after the bye week last season, so how does a bye week potentially help the Nittany Lions this year after they escaped Pitt the week before?

Penn State had a lot of fix during the bye week. The Nittany Lions just looked uninspired and not ready for Pitt two weeks ago and are lucky to have come out of that game with a victory. Penn State’s offensive line was abysmal and seemingly every time Pitt brought a blitz, Clifford had pressure in his face. The defensive line has not been playing to the level that its capable of, or that it should be considering the talent it has. Penn State also struggled with play-calling during the Pitt game. The Nittany Lions offense has been very explosive so far this season, but it hasn’t been consistently good. Overall, Penn State has a lot of new players in new roles and it is showing in the results. The Nittany Lions needed the bye week to refocus and be able to take the time for the young team to make adjustments.

Maryland wins if it can run the ball successfully. The Terrapins have been dominating on the ground this season, but they are now facing their toughest test so far in Penn State’s front seven. The Nittany Lions have been dominating teams with their run defense and if they force Maryland to be one dimensional and have to throw the ball to beat them, Penn State will escape College Park with a victory.