“She means a lot to this team”: Maryland soccer rewarded Andi Wenck with her first start 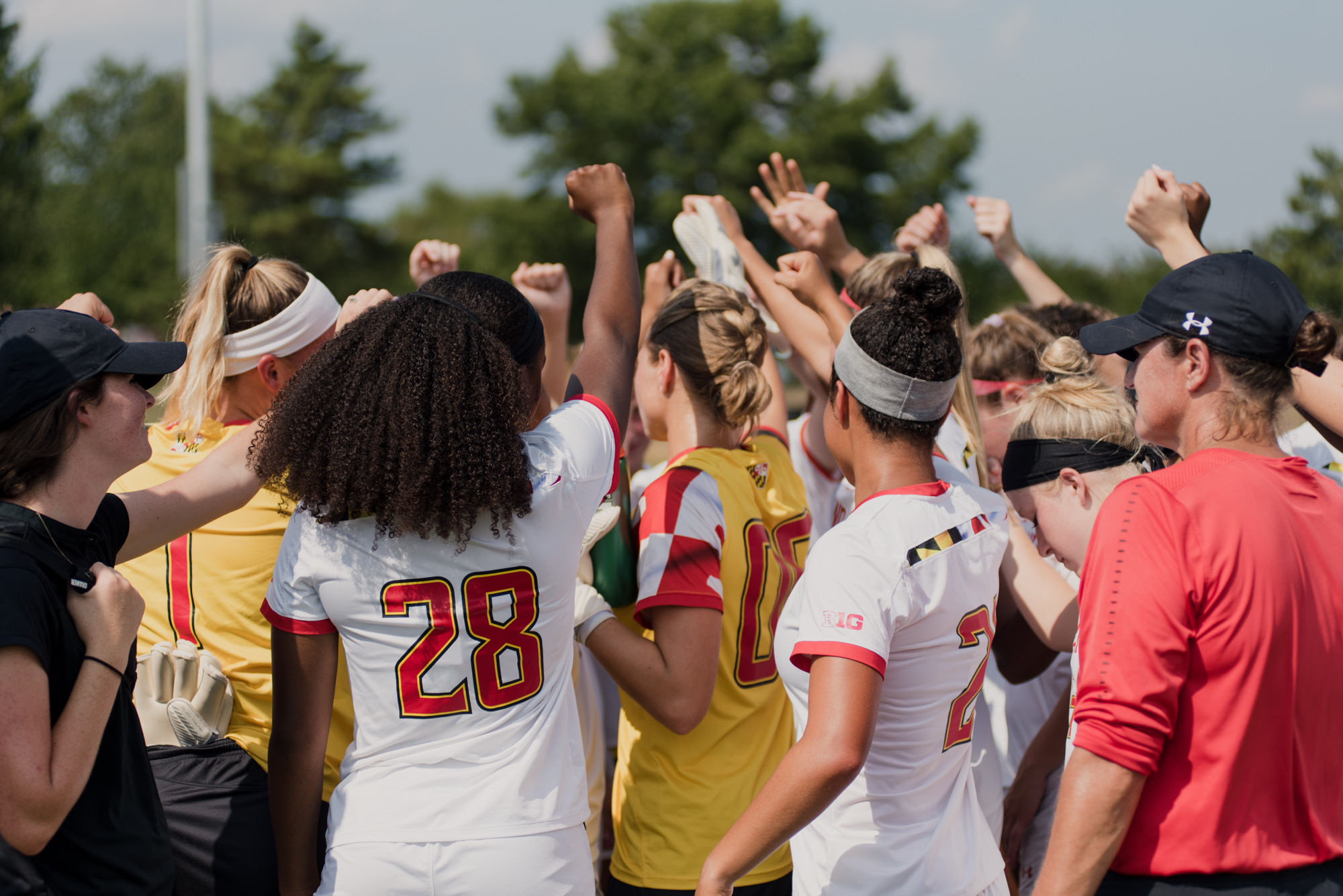 As Maryland women’s soccer coach Ray Leone announced his starting lineup in the locker room prior to his squad’s match against Minnesota on Sunday, a handful of usual substitutes realized they would be taking the field for the Senior Day bout.

Senior goalkeeper Andi Wenck began to well up with tears. For the first time in her Terps career, she would be on the goal line for the opening whistle.

Wenck was never sure how often she would play for the Terps. But on Senior Day, she finally had her chance to take over in between the sticks, thanks to her hard work and connection with fellow goalkeepers.

“It was very symbolic because of all the hard work I put in over the years,” Wenck said. “Knowing I might never start, might never get any minutes to play.”

For the past few years, the line to take over in net for Maryland has been long. Rachel Egyed, a two-time All Big Ten second team goalkeeper, handled most of the minutes through the 2017 and 2018 seasons. And for 2019, senior Erin Seppi took over the top spot.

But for Wenck, friendship and competition between the keepers is what’s made her experience with the Terps so memorable.

“It’s something I’ve never experienced before,” Wenck said. “It’s really unique to have goalkeepers who are not only best friends but competitors. On the field, it’s game on, we’re always pushing each other to be better. I think having that off-the-field experience and relationship and chemistry is what makes us work so well in tandem together.”

Both Wenck and Seppi sat patiently behind Egyed, soaking in knowledge to improve their own play while also strengthening their relationship with each other. Cheering for each other was just as big a part of the job as playing.

Wenck’s moment finally came on Sunday. Six of the Terps’ eight seniors found their way into the starting lineup, with Niven Hegeman —  out with an ACL injury — and Seppi as the only two on the bench.

Seppi said Leone had approached her and discussed what to do with two senior goalkeepers, and only one starting spot, for the Senior Day affair. She was quick to give up her starting duties to Wenck, believing her teammate deserved the tap for that day.

“[We’ve] been side by side since I got here,” Seppi said. “If you knew her, you would know how hard she works every single day, on and off the field. She is definitely one of the most hardworking people on the team.”

Before the lineup was revealed the day of the game, Wenck wasn’t sure of her starting prospects. But when it came to making the decision, Leone wasn’t concerned about Wenck taking over.

“She’s got a great positive energy,” Leone said. “Great work ethic, great teammate. And she’s a good player too. She means a lot to this team, it demonstrated the emotion of the team, seeing her out there.”

Wenck got the opportunity to not only start, but to play in front of her family, traveling from Waterford, Wisconsin. Wenck grew up on a farm in the town of just over 5,000 people. So when she made her way to Maryland, it was an extreme change of scenery.

“It’s culture shock, it really is,” Wenck said. “It’s different, but I love it and it really pushes me to be outside of my comfort zones.”

Wenck, a journalism major, also set herself apart on the team using her skills behind a camera. Since joining the Terps, she’s used her video production skills to create short clips for the team’s Twitter.

One of her latest videos, in which teammates chose their favorite memes, was picked up by the NCAA soccer Twitter account. For Wenck, knowing her teammates well has made the projects all the more fun.

And after graduating, she plans to pursue a career in journalism. Despite all the work she’s put in on the pitch in her time at Maryland, culminating in her Senior Day start, she knows the skills she wants to hone will likely be in a different field.

“The gloves fit me nice,” Wenck said, “but being behind the camera is where I belong.”