Volunteers pack more than 20,000 meals for families in need at Terps Against Hunger event 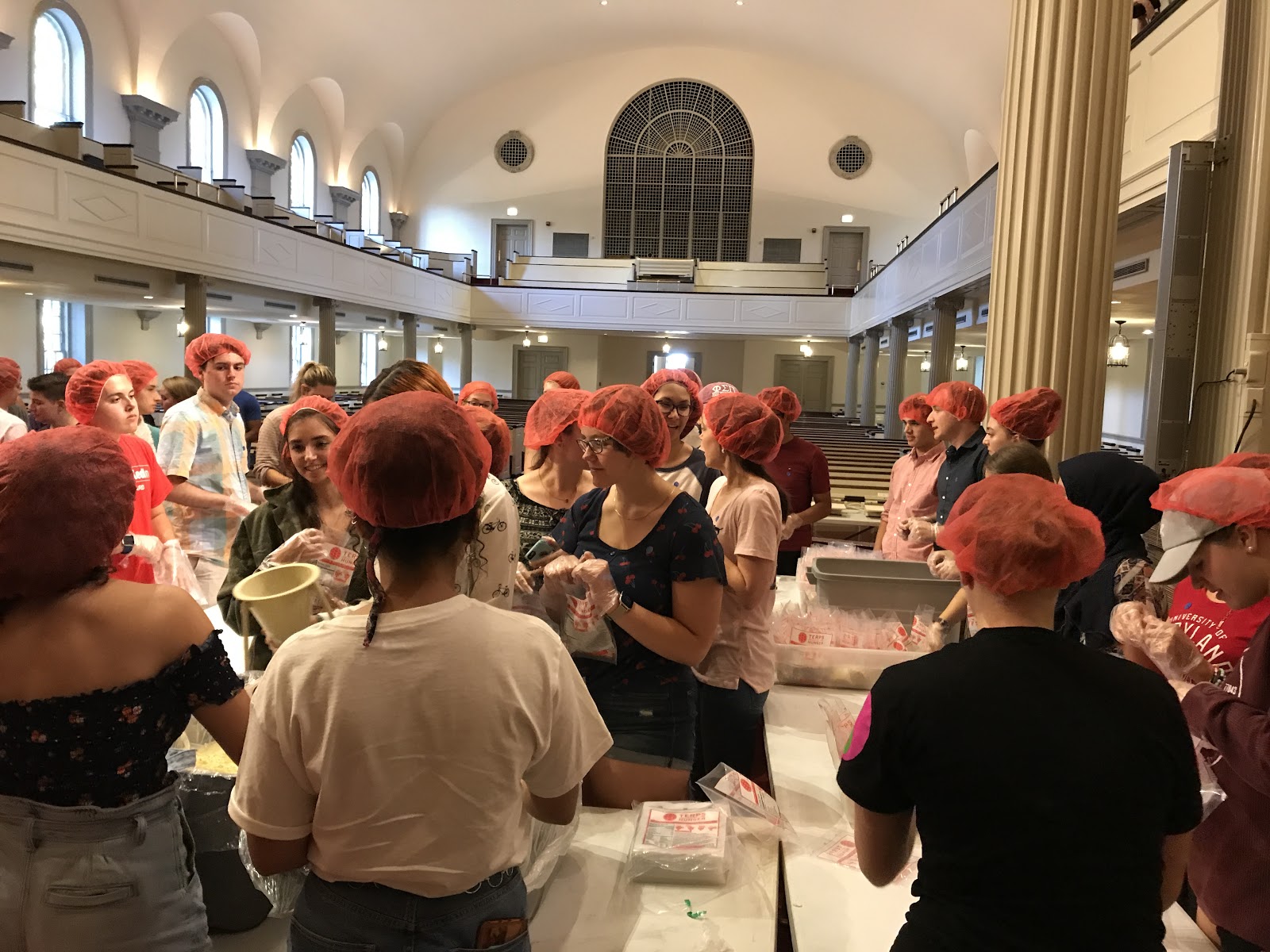 Clad in red hair nets, about 150 student volunteers gathered inside the University of Maryland’s Memorial Chapel Tuesday evening to pack more than 20,000 meals for families in need in the Washington, D.C., area.

The meals, which consist of rice, soy, dried vegetables and dried vitamins and minerals, will be sent to local food banks in Washington, D.C., as well as Prince George’s and Montgomery counties. They were packed by volunteers for the Terps Against Hunger’s Feed the Families event, which brought together students from various religious, spiritual and secular groups, including the Muslim Students’ Association, Maryland Hillel and The Terp HUB.

The event began with members of the various religious groups sharing the importance of engaging in such interfaith activities and highlighting their shared obligation to fight hunger because of their faiths.

Adnan Zaber, the former president of the Muslim Students’ Association, said it’s important to have students of different faiths and backgrounds unite for a common cause. He said the event was a unifying experience, as the volunteers were interacting and getting to know one another while funneling rice and dried vegetables into plastic bags.

“The people that are receiving them won’t have a chance to thank us or give us anything, but besides that, these small bags of morsels and grains and vegetables and what not … this will bring joy and a smile to another person’s life and knowing that makes me really happy and makes me proud,” said Zaber, a senior computer engineering major.

The organization also has events planned next month during Family and Homecoming weekends.

Margot Leckron, one of the event’s managers and a senior math major, said the goal of the event is to alleviate hunger in the local area and to provide food to food pantries and other organizations. And Maddie Mazenko, one of Terps Against Hunger’s co-presidents, said she thinks raising awareness is a solid first step in fighting hunger in the area.

About 20 percent of students at this university don’t have reliable access to nutritious food, according to a recent study carried out on behalf of the Campus Pantry, a group that gathers and gives out emergency food to campus community members in need.

The senior kinesiology major said she feels that many people aren’t aware that others around them are struggling with hunger.

“Just getting involved and doing simple activities like this or donating different canned foods can go a really long way,” Mazenko said.

And for some of the freshmen volunteers, the event was a chance to continue a path of service.

“I have lived a very fortunate life,” said Leaming, a freshman government and politics major. “So, I feel like this is my way of giving back to people that haven’t been as fortunate as I’ve been.”