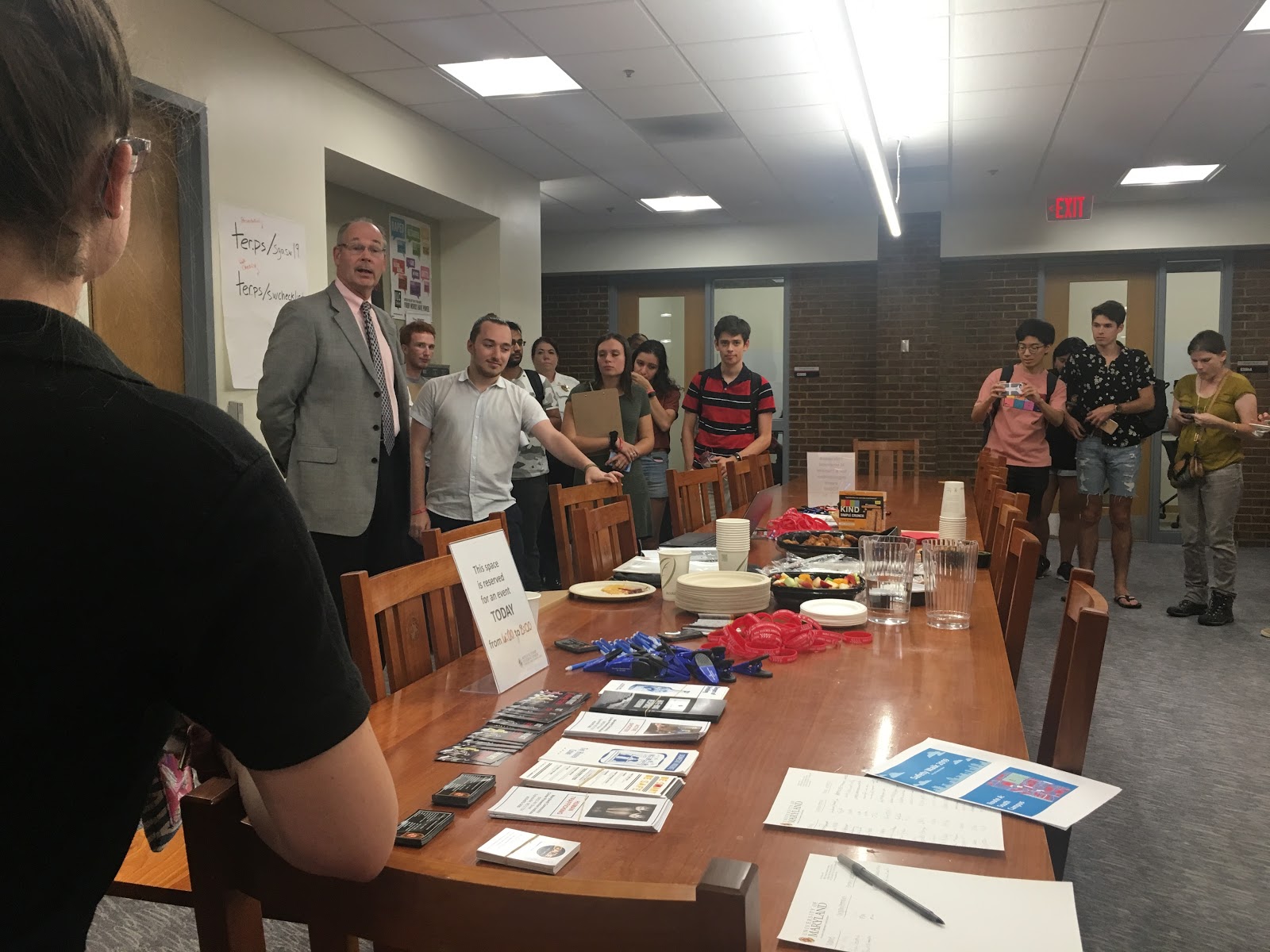 By Courtney Cohn
For The Diamondback

About 45 students turned out Monday night for the SGA’s Safety Walk, an annual trek on and around the University of Maryland’s campus to help identify potential safety issues.

University of Maryland Police and the Prince George’s County Police departments, as well the Department of Transportation Services and other administrators, attended the walk. Multiple student organizations were present as well — a change from the last two years when no students in attendance were from outside the Student Government Association, and the event’s only co-sponsor was the Terrapin Trail Club.

“Different students provide different mindsets and different perspectives of what they view as safety issues, so the more students involved, the better the outcome will be for everyone on this campus,” said Doron Tadmor, SGA’s student affairs vice president.

Before the walk began, co-sponsors and other departments gathered in Stamp Student Union where interim student affairs assistant vice president John Zacker, University Police Deputy Chief David Lloyd and SGA members spoke about the importance of having a safe campus and building connections between organizations. And after that, the attendees split into three groups to take different routes on and off campus, passing through North Campus, South Campus and the area from the College Park Metro Station to Regents Drive.

Lloyd said Monday’s findings were consistent with what they’ve discovered before, but there were fewer lights out than in than previous years.

“We’re very much invested in doing everything we can to keep the students, staff, faculty and visitors safe,” he said. “Part of that is education, doing walks like this, and just having general conversations with the stakeholders.”

University administration, police, facilities management and other departments are made aware of the issues from the walk, and the correct department works to resolve it. The issues should be resolved “in a month or in a couple weeks,” Tadmor said.

Some students also noted the importance of focusing on safety both on and off campus.

“We’re a university that is heavily connected with our city, so we need to make sure our city and campus are safe together, and not separately,” said junior Dan Alpert, a marketing major and the student liaison to the College Park City Council.

Students also pointed out that fixing minor things can make a big difference in making students feel safer on campus.

“Like any community, we can always get better and grow,”said Daniel Yelsits, president of the IFC. “Our community is great, and we can always make it safer than it already is.”