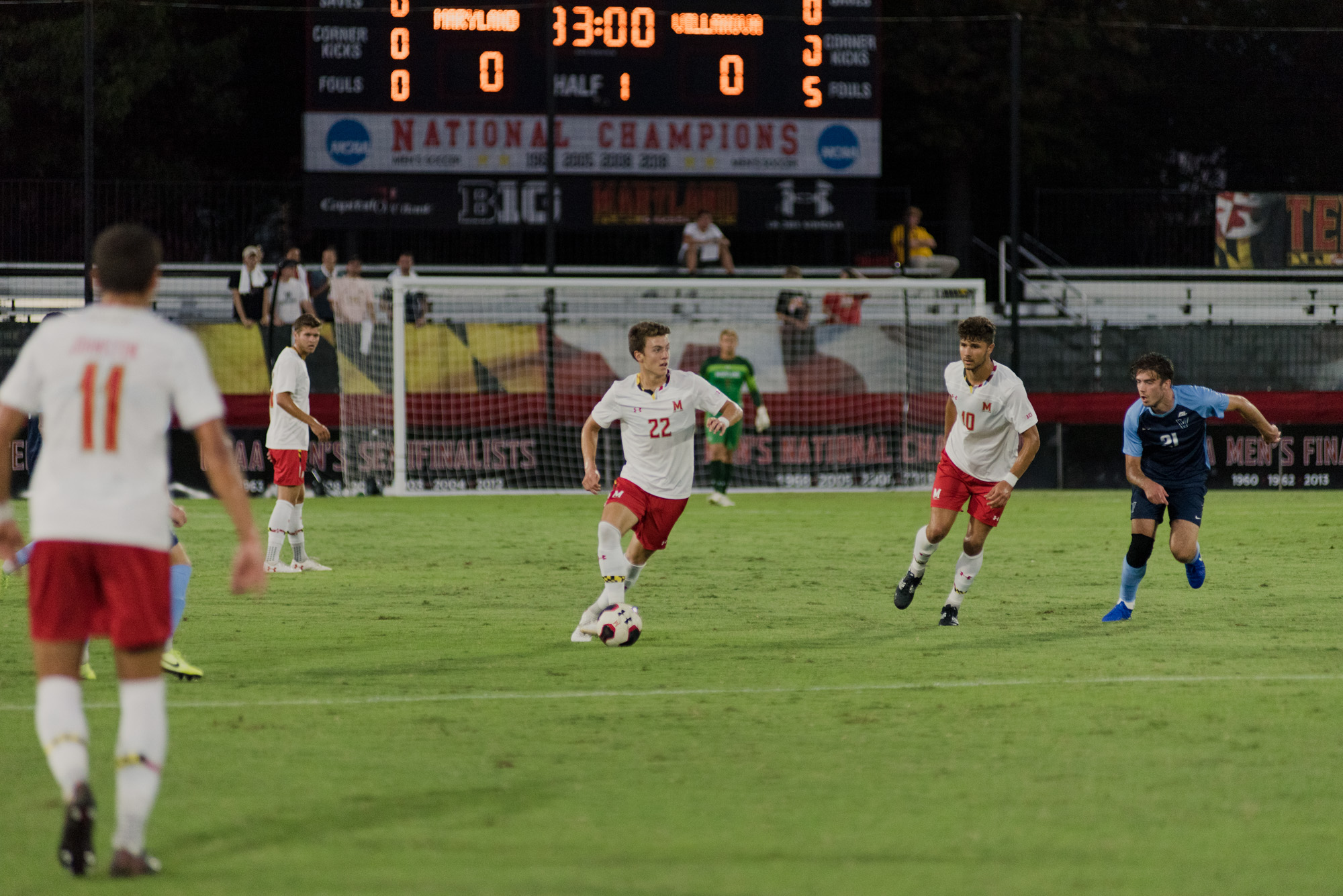 In June 2018, just months before his college career was set to get underway for Maryland men’s soccer, Nick Richardson tore the PCL in his right knee. The injury sidelined him for the entirety of his freshman campaign, and some doubts began to surface about where he might fit into the team in the future.

He watched as then-sophomore Ben Di Rosa solidified the right back spot, where Richardson had been recruited to play. But he also watched, and studied, defensive midfielder Andrew Samuels, who constantly disrupted the opposition and broke up plays in the middle of the pitch.

After Samuels graduated, it was Richardson who assumed that vacancy instead of the position he was initially brought in for, helping to offset the loss of Samuels in a pivotal role in the defensive scheme. With Richardson now playing as the pest in the midfield, he’s earned comparisons to the MLS second-round pick who used to command the position.

“He reminds me a lot of Andrew Samuels from last year,” Di Rosa said. “Just buzzing all around the midfield, making tackles, making plays, intercepting balls. He breaks up plays better than many guys I know.”

[Read more: Maryland men’s soccer grinded its way to a win over Villanova on short rest]

Richardson hails from Baltimore and committed to coach Sasho Cirovski’s program in February 2017, buying into Cirovski’s vision of converting him from the centerback position he played his whole life to right back instead.

Four months after committing to the Terps as a junior in high school, Richardson was named Maryland Gatorade Player of the Year as his sport’s top athlete in the state.

So while Richardson had proven his elite ability to play along the backline, he was given a trial run at defensive midfielder in the spring as Cirovski looked to replicate Samuels’ effectiveness. And during the transition, Richardson leaned on the tendencies he picked up from Samuels he watched during his recovery.

“He taught me a lot just in his positioning [and] his work rate,” Richardson said. “[Sasho] really glorified him and the work that he did. So I would see him as kind of a role model.”

But he can also refer back to his time as a defender and be ready to step into that role when the game necessitates it. During Maryland’s 2-0 loss to Virginia on Sept. 2, as Cirovski tried to get more players forward to score, he changed formations to a three-defender backline, and shifted Richardson to centerback.

That versatility is another facet reminiscent of Samuels, and something that makes Richardson very difficult to take off the field. Richardson has played in all 450 minutes for the Terps this season.

“He can play any of the back-four positions,” Cirovski said. “But he’s also a very good six [defensive midfielder] for us right now, and he’s starting to grow into that position.”

Richardson’s responsibilities as a defensive midfielder can fluctuate based on how the opponent is playing.

The redshirt freshman has shown his ability to play forward on the press, evidenced when he caused a turnover against Akron that led to forward Eric Matzelevich’s strike. Three days later, against Villanova, Richardson’s placement was further back to account for the long clearances the Wildcats sent throughout the match.

Because of his placement in the midfield, and his responsibilities all over the pitch, Richardson racks up mileage throughout the game. Still, the ball-winning midfielder has yet to leave the field.

But that wear is worth it to Richardson after the journey he completed to come back from his injury, earning a valuable spot within Cirovski’s system.