Maryland men’s soccer drops to No. 25 in United Soccer Coaches poll despite 2-0 week 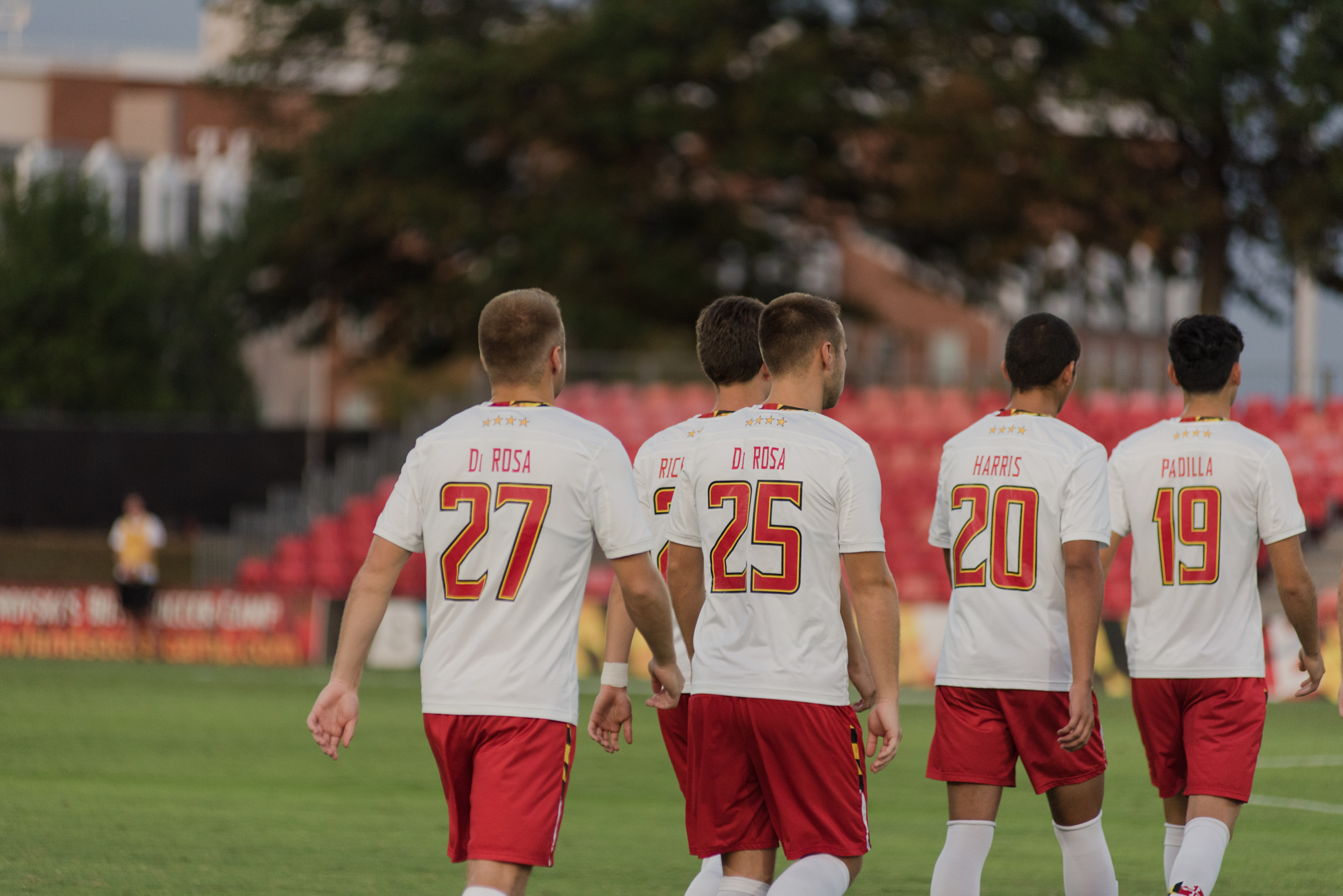 Maryland men's soccer players walk on the pitch before an eventual 1-0 win over Villanova on Sept. 16, 2019 at Ludwig Field. (Gabby Baniqued/The Diamondback)

Despite winning both of its games since last week’s United Soccer Coaches poll, Maryland men’s soccer dropped one spot to No. 25 in the latest rankings released Tuesday.

Four teams that were previously unranked entered the poll and jumped ahead of the Terps because of higher-quality or more convincing results than Maryland’s 1-0 wins over both Akron and Villanova, both of whom were receiving votes.

Now-No. 20 West Virginia played to a 0-0 draw with then-No. 12 Charlotte, then blew out No. 15 Coastal Carolina 5-2. Florida International moved into the rankings to No. 22 after dispatching Florida Atlantic 6-1 on Saturday. California State University, Northridge checked into the poll at No. 23 because of a 3-1 win over then-No. 8 Washington.

Rutgers joined Maryland and No. 4 Indiana as the only teams representing the Big Ten in the poll. The Scarlet Knights supplanted the Terps as the No. 24 team due in large part to their unblemished 5-0 record.

Maryland returns to the field on Friday night to play Northwestern before finishing off its four-game homestand on Sept. 23 against No. 9 St. John’s, which continues to rise up the rankings with its 6-0 record.