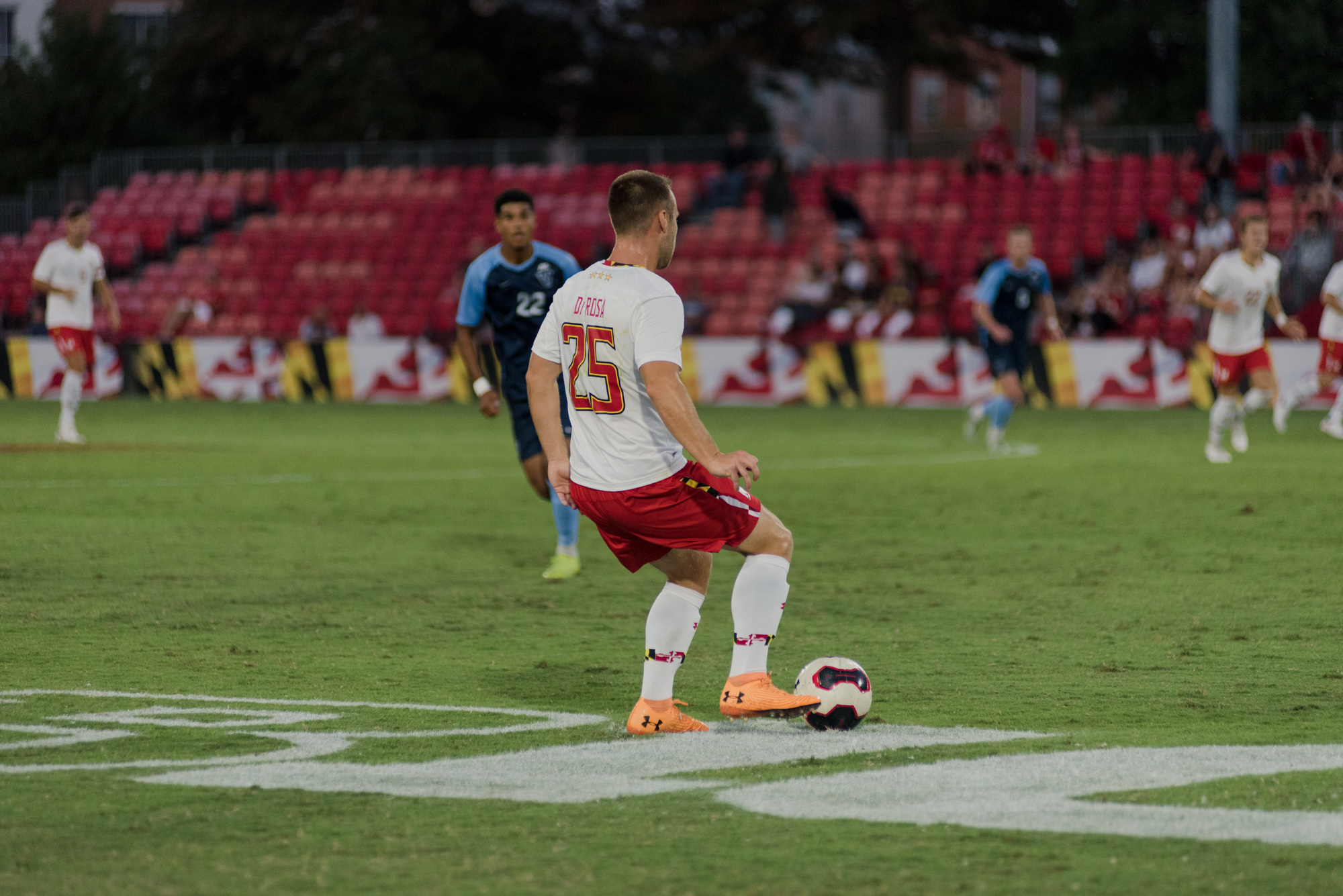 Maryland men’s soccer defender Ben Di Rosa was named Big Ten Defensive Player of the Week after he helped the Terps secure two shutouts and scored the game-winning goal in a 1-0 victory over Villanova on Monday night.

Di Rosa has served as the right back on coach Sasho Cirovski’s defense, remaining in the spot where he helped Maryland win a national championship in 2018 with five consecutive shutouts in the NCAA tournament.

On Monday night, after Cirovski pleaded for his outside backs to become more involved in the attack, Di Rosa helped the Terps carve out opportunities in the second half against a staunch Villanova defense.

In the 76th minute, midfielder David Kovacic surveyed the defense just outside of the box, then noticed Di Rosa on his own on the right side of the 18-yard area. The junior fielded the pass, then stepped into a strong, rising shot that beat goalkeeper Carson Williams.

Known mostly for his defensive contributions, the score for Di Rosa was the second in his college career, with the other coming in the 2018 Big Ten semifinal against Indiana.

“Not in game, definitely not for Maryland,” Di Rosa said when asked if he had ever scored a goal like that before. “But in practice, maybe I’ll give myself a couple.”

The weekly honor is Di Rosa’s first in his college career and represents the first time a Maryland defender has garnered defensive player of the week honors since Johannes Bergmann did so in 2017.