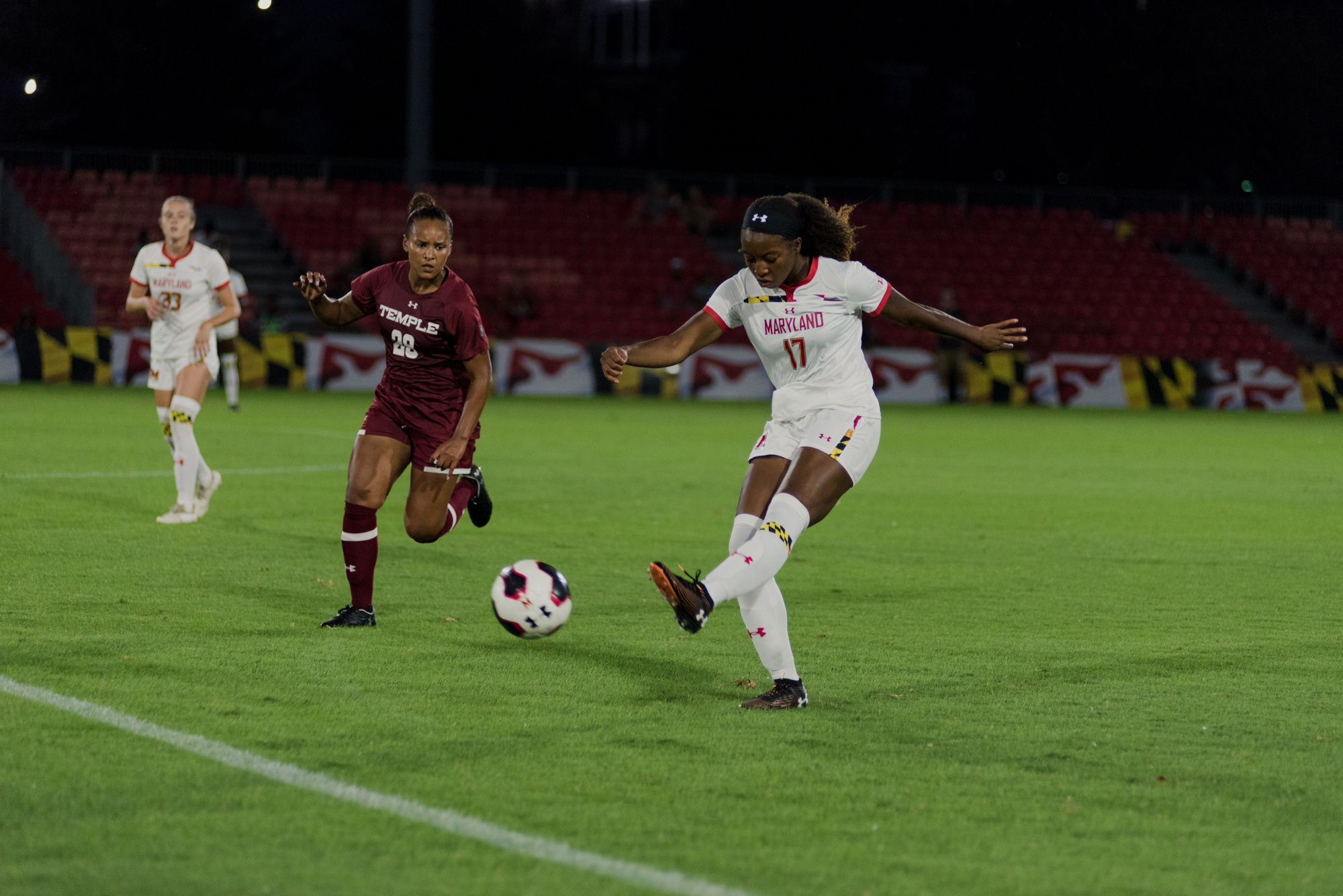 Junior Malikae Dayes has been named the Big Ten Defensive Player of the Week, the conference announced Tuesday.

It marks the second week in a row a Maryland player has earned a Big Ten honor. Goalkeeper Erin Seppi was named Co-Goalkeeper of the Week for her play two weeks ago.

Dayes is fresh off two impressive performances against Temple and Princeton, where the leader of the Maryland back line helped the Terps keep a clean sheet against a highly touted Tigers squad and hold the Owls to a lone goal.

After starting every game last year, Dayes is the only member of the Maryland team to have played every minute of the season so far. Now, she becomes the first Maryland women’s soccer player ever to win Big Ten Defensive Player of the Week.

Dayes and the Terps will be back in action Friday, opening up Big Ten play against Wisconsin at Ludwig Field. The Badgers sit just outside the United Soccer Coaches top 25, at No. 29. Maryland remains undefeated at home this year.