Review: Peter Frampton brought the magic of ‘70s rock to The Anthem stage 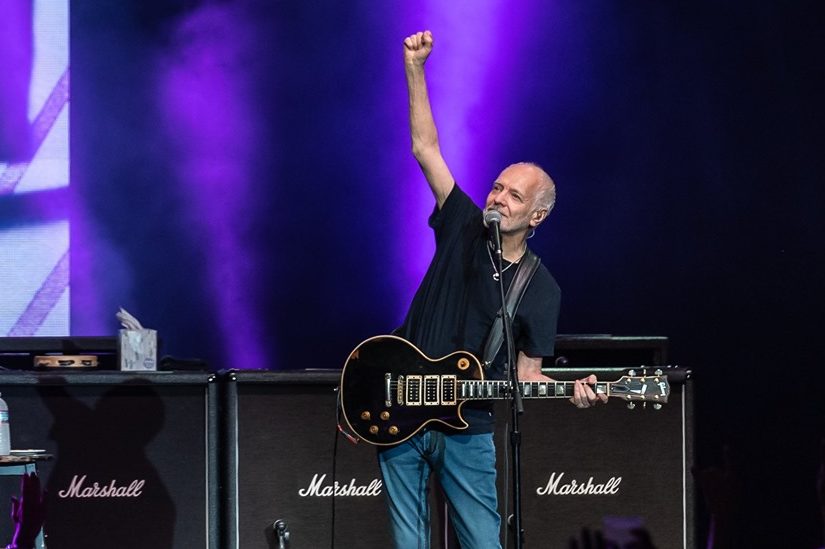 Once upon a time, I was a teenage girl who daydreamed about living in the ‘70s. I desperately wished I could be like Donna Pinciotti from That ‘70s Show, who worked for her local rock radio station, or William Miller from Almost Famous, who skipped weeks of school to travel with a band and write a feature for Rolling Stone magazine.

I raided my dad’s vinyl record collection and started jamming out to Led Zeppelin, Fleetwood Mac, AC/DC and the Rolling Stones. My adoption of his music taste gave us something to bond over, and I’ve seen lots of old folks relive their glory days onstage with my dad by my side.

When Peter Frampton announced his final tour a few months ago, my dad and I discussed traveling to New York to see him at Madison Square Garden — where we saw Billy Joel perform the first show of his residency during my freshman year of high school. Those plans never panned out because school and work and life got in the way, but when an email from Frampton’s PR representative dropped into my email inbox prior to his concert at The Anthem, I knew this was my chance to seize my William Miller moment.

The concert opened with a short video full of pictures and videos from Frampton’s decades-long career, performing for sold-out crowds and making magic with some of the greatest names in rock music. Then he swaggered on stage, guitar in hand, to perform “Baby (Somethin’s Happening)” during which the woman next to me — who smelled heavily of beer — exclaimed: “I feel like I’m a teenager again!”

Earlier this year, Frampton revealed he was diagnosed with Inclusion-Body Myositis, a degenerative muscle disease, a few years ago and has been working with doctors at Johns Hopkins in Baltimore who told him it would impact his fingers. Knowing the days of his most-skilled guitar playing might soon be behind him, he booked the Farewell Tour so he could leave the stage with a bang.

I didn’t know any of those details about his health until I heard some people talking about it outside the concert venue — and it made me appreciate his masterful performance even more. I wish I knew more about guitar playing so I could word this more eloquently, but he just fucking shreds on that classic Gibson.

[Read more: Review: Avatar delivers a taste of Avatar Country to DC at their opening for BABYMETAL]

Every time he broke out of a song’s structure to delve into a longer guitar jam, it made me feel like I was back in high school, skipping class and driving around with the windows of my Honda CR-V rolled down. (It also could’ve been the distinct smell of weed triggering those memories … but let’s go with the guitar solos instead.)

Between songs, he sipped tea from a mug, or shared stories of his songwriting process and days on the road. The concert took place on Sept. 11, 18 years since the terror attacks on the World Trade Center in New York and the Pentagon in Washington, D.C. Frampton, a native of England, told the audience that the day after the attacks, he woke up, called his immigration lawyer, and started the process to become an American citizen.

Through the stories of his astounding career, the journey through his biggest hits and pit stops at some of the most prolific covers he’s recorded, all I could think about was how happy I was to see Frampton right at that moment. Sure, maybe part of me still pines for the music culture of the ‘70s, but watching one of its biggest stars still thrive at the end of the 2010s has its own touch of magic.