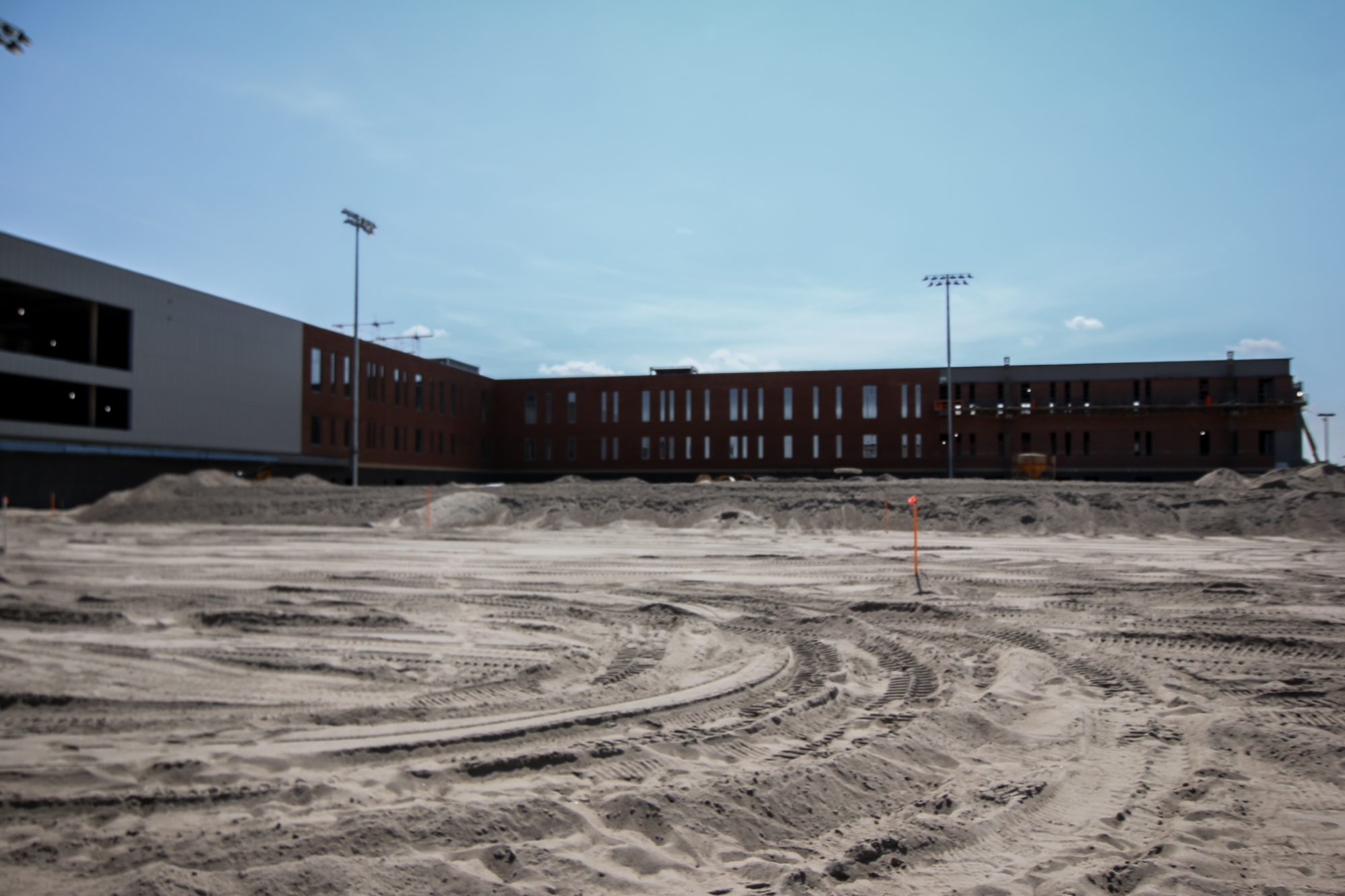 Instead of a desk and chairs, there was unfinished concrete and steel. There was no door for the group to file through, and the windows Mike Locksley walked toward Thursday were devoid of glass.

At this point, Cole Field House is still just a shell of what it will be, still in the midst of a massive redevelopment that began after the demolition of the original facilities in 2016. But as Maryland football’s coach looked around at the beginnings of what’s to come — a window in his future office looking out at what will be two full-size practice fields — he already had some ideas for how he’d like to set up the room.

“I want to be able to watch film,” Locksley said. “Have kind of a working area, but then also have kind of a social area to host recruits and parents.”

One of Locksley’s favorite coach-isms is that year one of his tenure is when the foundation of the program is created. He’s three games into his stint as the full-time Terps head coach, and he’s still in the process of laying down the concrete.

The foundation of Cole Field House, though, is already laid. The outside structure of the $196 million facility is mostly complete. And while the inside is barren, the building’s arrival, coupled with Locksley’s return, gives athletic director Damon Evans reason to believe Maryland football is rising to meet the standard set by the Big Ten’s elite.

It’s the same facility Locksley stood inside, next to members of the marching band and dance team, at his introductory press conference Dec. 6, marking his return to Maryland after a three-year stint with Alabama. And his day continued with a slew of meetings, first among them a discussion with associate athletic director Joshua Kaplan, who oversees the Cole Field House renovation.

Locksley learned how the facility was being laid out and offered Kaplan small tweaks based on his accumulated experience at other institutions.

“The good news is,” Kaplan said, “he was very happy with the progress we had made.”

The athletics portion of the facility will be completed roughly this time next year, while the academic part — set to house the Center of Brain Health and Human Performance, which will research everything from concussions to how aging affects the brain — will take about two years to finish, according to a Maryland athletics spokesperson.

So Locksley, after spending year one as head coach laying the foundation, will be able to take advantage of Cole Field House’s full offering.

“They haven’t cut any corners with it,” Locksley said. “It will have a ‘wow’ effect.”

The weight room and cardio mezzanine will end up being about 24,000 square feet, about four times as large as the current weight room. There will be a dining room on the fourth floor, available to all athletes at Maryland. The auditorium will seat 195 people. The NFL locker room, which Kaplan said features five or six lockers, welcomes the Terps’ former stars back to College Park for offseason training. There’s a recruiting room with a view into Maryland Stadium and the campus beyond and a patio that can hold 300 to 500 people.

“Tight, fast surface,” Locksley said. “May not look pretty in the spring, because it’s brown, it goes dormant. I don’t care if it’s brown. It’s tight and fast.”

While the Terps are waiting on the full facility to be completed, they’ve been able to use the indoor practice field since 2017, a cavernous full-length field that will eventually feature bay windows behind the north endzone, opening up to the weight room to allow easy movement for players during training.

Indoor facilities are commonplace across college football. But indoor facilities the size of Cole Field House aren’t. Punters and kickers have the space to unload on attempts without hitting the roof. So, when Maryland hosted a coach’s clinic with representatives from Texas, North Carolina and other schools, the coaches left impressed.

“When I took them in our indoor facility,” Locksley said, “they were just, ‘Wow.’”

As Evans walked down the sideline of the indoor practice field Thursday, he pointed out that Maryland has had football success before. The Terps won the ACC in 2001, for instance.

He feels the addition of Locksley — a coach who understands that history and knows the local recruiting scene well — can help reinvigorate a program far removed from that conference title. And coupled with the Cole Field House’s completion on the horizon, Evans believes there’s reason for optimism for Maryland football.

“We want to become very, very competitive,” Evans said. “This — the indoor facility, the offices, the locker rooms, the training rooms, strength and conditioning — all of that plays a vital role in what we do. We want to be one of the premier programs. And to be a premier program, you’ve gotta have premier facilities.”